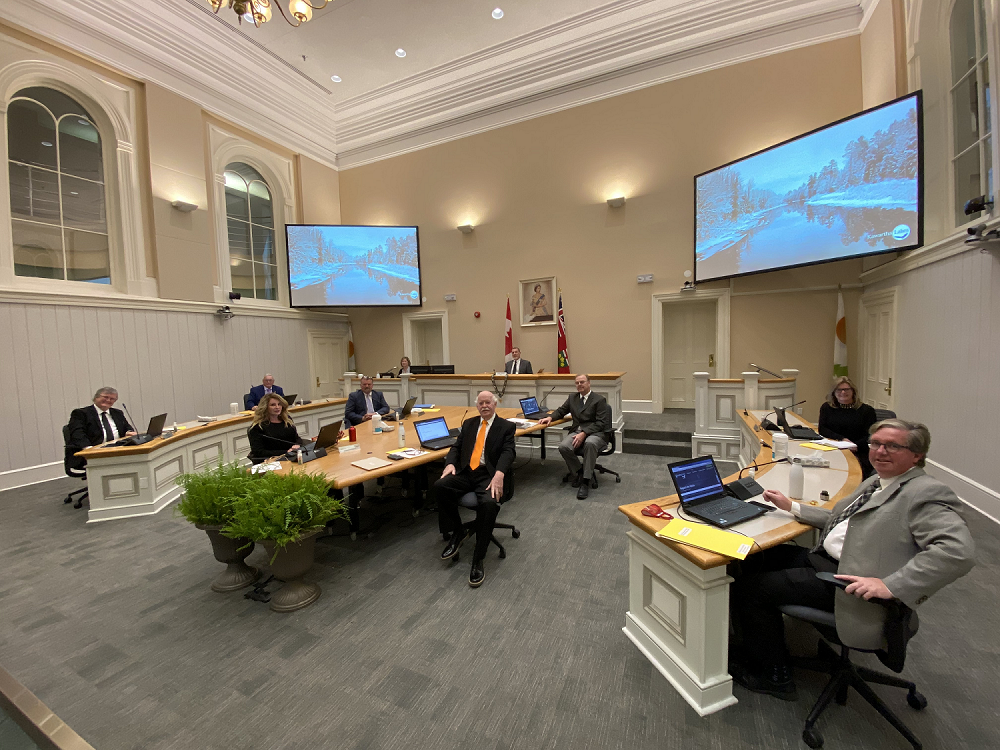 “Services are delivered more equitably and political and administrative perspectives are city-wide and not localized,” Taylor added.

“As an amalgamated city, we can make better, larger, affordable investments to serve all the residents, whereas affordability for costly investments has been challenging in the past for lower tiers,” Taylor said. “I don’t see any problems created with amalgamation.”

For example, he said there were a number of community halls and administrative facilities in many of the former townships. However, no single facility was used to its maximum, yet all required city servicing. “These facilities can be improved and consolidated as we reduce the overall footprint of buildings but pool city-wide investment into fewer of them,” Taylor added.

Asked for non-anecdotal, statistical proof of how amalgamation has worked, the CAO said it’s difficult tp assess performance of an amalgamated city versus 16 townships and one county. However, he said he had observed a number of efficiencies, including fewer levels of approvals in certain processes, more specialized staff delivering one program versus several and a stronger voice provincially.

“Strength in numbers, and a single voice representing the community.”

“We did not see the reduction in taxes but I believe we are in a much better place both in services and the cost of providing them,” he said.

“Initially, council seemed very territorial … (but) most of those adjustment problems seem to have disappeared,” Dunn added.

“While looking out for their own wards, councillors see the bigger picture and work for the benefit of the entire city.”

David Siegel is a retired professor of political science at Brock University. He agreed with Taylor that larger municipalities can hire more staff, and more qualified and expensive staff will develop a level of expertise that can rival the province.

“Dual-tiered governments feature blame shifting and conflict between levels far too commonly,” Siegel added. “Mayors of a single-tier can speak with greater authority than the chair of an upper-tier or region. The larger the council, the greater the conflict will be at council,” Siegel said.

Coun. Tracy Richardson said she has a good understanding of amalgamation as a resident for more than 50 years.

“I clearly see how The City of Kawartha Lakes is merging into one of the strongest municipalities in Ontario,” she said.

Councillor and businessperson Kathleen Seymour-Fagan said while the province forced the amalgamation, she believes the city is moving in the right direction.

“People still are (very protective of their communities) now as every village and hamlet has its own identity and pride. We still have our challenges, although we are well on our way to working efficiently as a single-tier municipality,” she said.

“Amalgamation for our citizens has been a mixed bag,” Elmslie said, “While things like emergency services, roads, parks and recreation and engineering are probably more efficient and provide a more even and economical service, the advertised cost savings never occurred.

“For our citizens who lived here (preamalgamation) they felt a sense of loss of what they knew and the charm of living in a small community that operated on a phone call and a handshake,” Elmslie added.

“Because we are now a larger and core complex organization it takes longer to get things done and this results in frustrations for some folks.”

“Communities were upset they would lose their identities.” Warren said, “Twenty years on, many communities have retained their identities and, in some cases, improved their sense of place through volunteerism.

“A positive part of a single-tier structure is the ability to make broad policy changes like environmental, accessibility, planning and other initiatives more easily,” Warren said. “You don’t need to go through so many layers to effect change.”

On the other hand, she doesn’t think the city gets the same in provincial grant money as the previous 17 lower-tier municipalities did.

She also thinks they have lost the ease of bringing issues to council.

“In Verulam Township, a farmer would come to council and be invited to sit around a table to voice their issue … some would say that wasn’t very sophisticated but it worked and people felt they were listened to.” That said, Warren added, “I believe the recent change to the committee of the whole structure allows people to bring their issues to council in a more relaxed format now.”