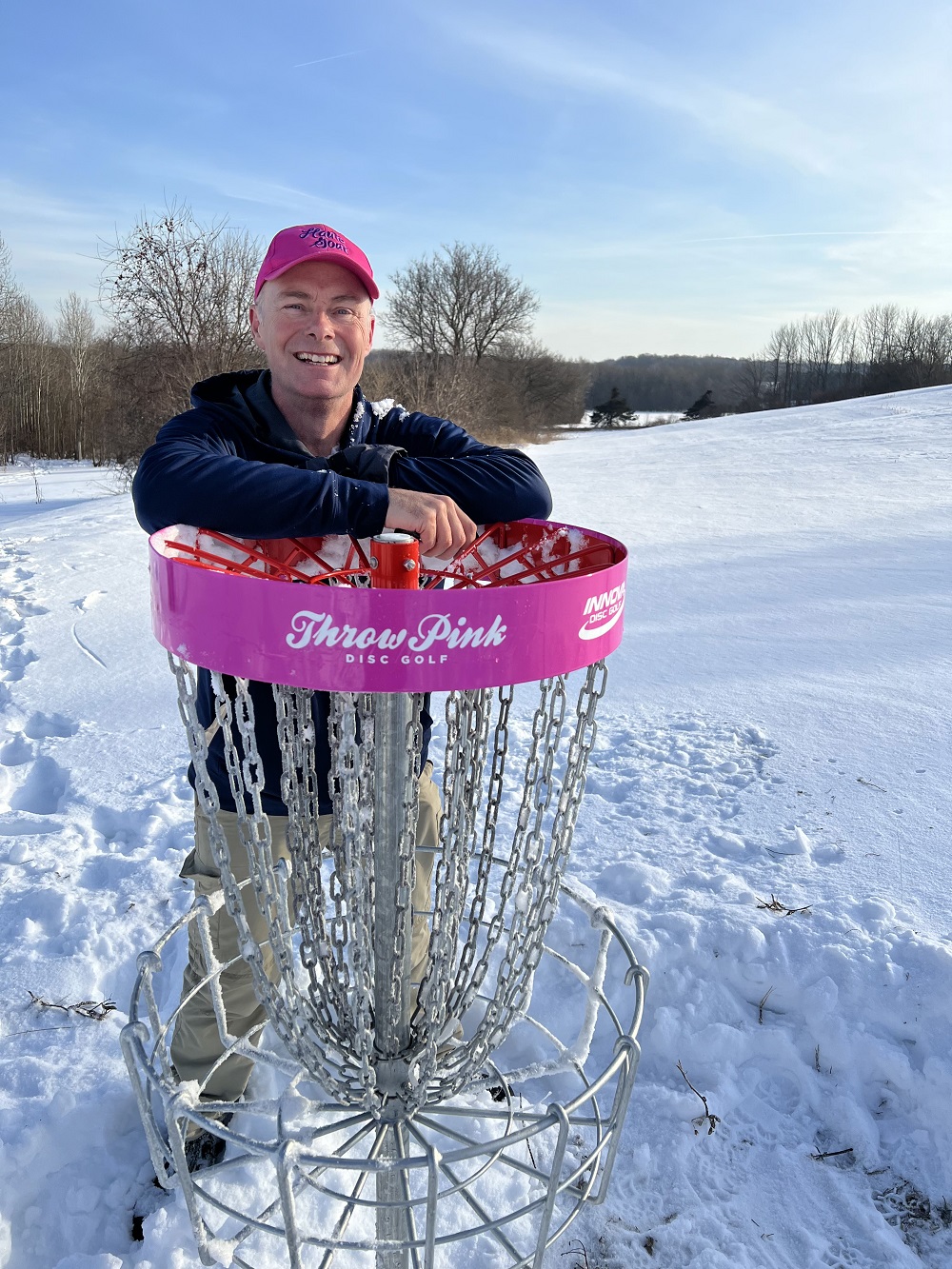 Darrell Bankes has big plans for disc golf in Haliburton County in 2022.

After helping design and construct an 18-hole course at Abbey Gardens last summer, Bankes, one of Canada’s leading disc golf professionals, has developed a full program of events and activities for this year. The first will be taking place March 19, and has been appropriately named the 2022 Ice Bowl.

“It’s definitely been a long winter. We’ve tried to keep the course accessible, but with the amount of snow we get up in Haliburton, winter disc golf is still a bit of a challenge. Still, we’re excited to put on our first event of the new year,” Bankes told The Highlander. “The Ice Bowl is going to be a formal tournament. It has been sanctioned by the Professional Disc Golf Association [PDGA], and so is very appealing to both amateur and professional players to come out, have some fun and help improve their rankings.”

As of press time there were 48 players signed up, with six spots still available.

Donations will be taken on the day in support of Central Food Network. Bankes is hoping to raise $1,000 for the organization’s heat bank program, while non-perishable food items will also be collected.

“The main focus of an Ice Bowl is to support food-based charities. They mainly happen during this time of the year because of the lull many organizations see between Christmas and Easter, when they’re getting less donations and contributions from the community,” Bankes noted.

Participants will be travelling from as far away as Kitchener, Waterloo and Ottawa to play, bringing dozens of visitors to the area. Bankes said the tourism aspect of disc golf has been a major benefit to the Highlands since Abbey Gardens opened its course last July.

“We’ve been pleasantly surprised by the response. We’ve had thousands of rounds played since opening and have hosted a couple of big events. The thing we’ve heard time and again is how beautiful and unique our course is,” Bankes said. “Our trail is probably two miles long, but it traverses a large portion of Abbey Gardens. It’s an incredible hike that hits all the main features of the property.”

Looking beyond the Ice Bowl, Bankes said Abbey Gardens will be hosting a national amateur tournament May 14, which is already sold out. The winner of that event may qualify for a finals tournament to be held in Austin, Texas over the summer.

Bankes is also setting up a weekly league for local residents to enjoy. He hopes to launch in April.

Disc golf exploded in popularity during the pandemic, offering people the chance to get active and have fun while still being able to socially distance. Bankes, through his company Tin Lid Disc Golf, has helped to design several courses all over North America, including in Hawaii and Fort McMurray. He has another four courses he’ll be working on this year.

“Disc golf is the fastest growing activity in North America right now. Anyone can play,” Bankes said. “People are predicting that within five years, there will be more disc golf courses in Canada and the U.S. than regular golf courses. It’s a fun activity, it only takes about 90 minutes to play a full 18-holes, and it’s cheap. All you need is a disc, and a good pair of walking shoes.”