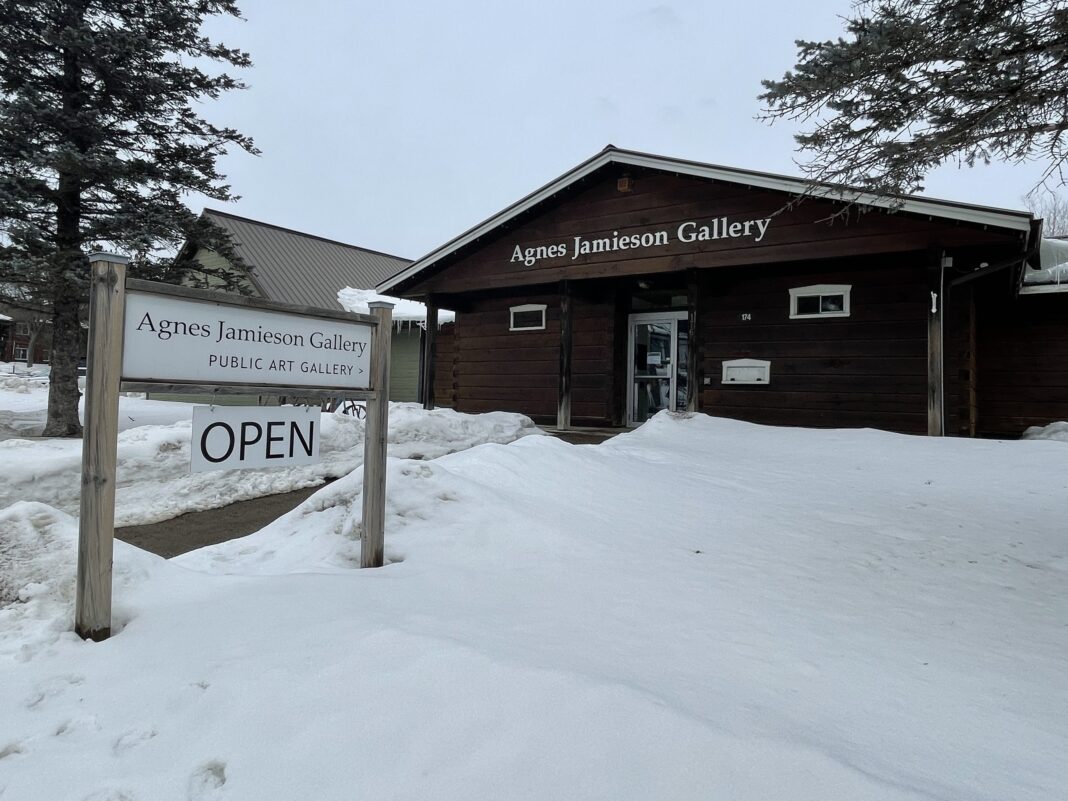 Members of the arts community say they’re concerned over the departure of the Agnes Jamieson Gallery’s curator and cancellation of spring and summer programming.

Haliburton artist Rose Pearson spent more than 12 months developing an exhibit that’s now indefinitely postponed after it was confirmed curator Laurie Carmount was no longer employed by the municipality.

“It is so very awkward to communicate to people about this because there has been no real explanation for why the show cannot go on – other than I was told that there was no staff to make the show happen at this time,” Pearson said in an email.

Mary Anne Barkhouse, whose solo exhibition was postponed because of COVID restrictions in 2021, said in an email to local media her show is “now in limbo due to Laurie’s sudden departure.”

She said even if the show can happen in the future, other exhibits and commitments mean she won’t be able to reschedule until 2023.

She said Carmount put the Agnes Jamieson Gallery on the map, developing shows that were toured across Canada and nurturing the careers of developing artists.

She also showcased a collection of more than 100 paintings by renowned artist Andre Lapine.

“Through her initiatives, Laurie was able to advance critical dialogue between local and national interests,” Barkhouse said.

Both artists said they were concerned that Minden Hills has not provided any public updates about the gallery or Carmount’s departure.

Minden Hills Mayor Brent Devolin declined to provide any information on Carmount’s departure from the gallery due to confidentiality protocol. “We never comment on HR, ever,” he said.

Director of community services Craig Belfry did not respond to requests for comment by deadline.

On March 12, multiple members of the arts community attended a rally at the gallery to voice concerns over the future of the space.

“We just wanted to make sure our support was known,” said Tammy Rea, director of Sticks and Stones, and Those Other Movies, both parts of the Haliburton County Community Co-operative.

The gathering emerged out of a planned artist talk from Alex Jack, who was exhibiting a collection at the gallery March 12. The talk was cancelled.

Fay Wilkinson, a registered expressive arts practitioner, said the crowd seemed “shocked” and “a bit disappointed,” by the news of Carmount’s departure and the temporary closure of the gallery.

“Something pretty big has gone down here, and everyone is in the dark at this point,” Wilkinson said.

Devolin said, “the reality of what we are or are not doing [about gallery programming] probably will be part of the discussions on the 24th of March in the context of budget.”

When asked about the long-term future of the gallery’s in-person shows and programming, Devolin said, “Do I think they are going to necessarily be 100 per cent the same as they’ve been historically? Probably not. But there’s been some important well-supported parts of what goes on there that I don’t think anybody wishes to see go away.”

Jim Mitchell, cultural centre advisory committee member and past chairperson, said he is concerned as to whether there may or may not be a budget reduction to the centre this year when council discusses its budget March 24.

Mitchell received word Carmount was no longer employed by the municipality soon after a Feb. 22 committee meeting was cancelled.

“Everybody would like to know what’s gone on. Laurie has been around for a long time. She’s been the heart and soul of the cultural centre and is highly respected in the community,” Mitchell said.

Rea said the situation seems like a slight to a valuable part of the Highlands’ identity. “I feel like they want to Zamboni over

the art gallery to pay for that hockey arena. Whereas all things need to be supported in this township. We are not just hockey, we

are not just an art gallery,” Rea said. She said she’d like to ask Minden Hills staff and council “what did happen, and what is going to happen?”

New album a labour of Love

Harp in the Dark – ch. 6 Prejudice