Home Business The Wolf Moon rises over the Highlands 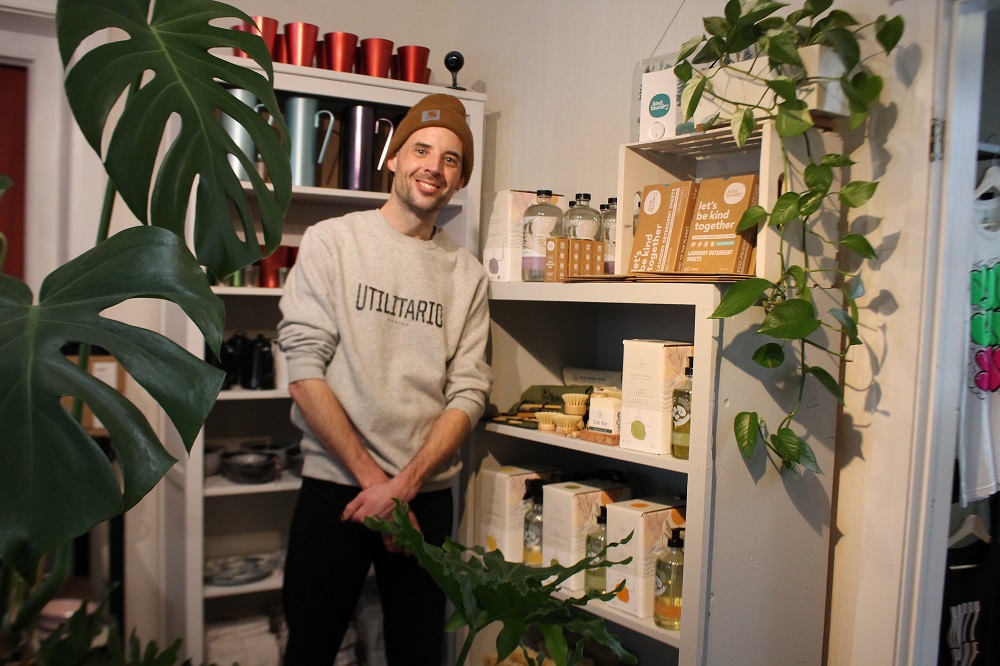 Reed Sacharoff needed a break when he left Toronto for his northern British Colombia home about two years ago. Then, COVID hit, forcing him to stay longer than planned. However, it gave him time to think about what he wanted to be doing with his life.

Once he got back to Toronto, he said he was speaking with one of his female friends who had just had a child and was also going through big life changes.

“I was telling her ‘I really just want to find a house in northern Ontario somewhere with commercial zoning on the main floor. I can open up a shop and live above it’ and that afternoon or evening I went on to Realtor.ca and saw this house was available.”

This house is at 15 Newcastle St. in Minden. In its most recent incarnation, it was Carole Finn’s artist centre before she left for B.C.

Sacharoff was familiar with the Highlands, having friends on Boshkung Lake and in Eagle Lake. Although he had not spent a huge amount of time in Minden, it was still somewhat familiar.

“I ended up coming up a couple of times after reaching out to the realtor, fell in love with the place, exactly what I was looking for and Carole had pretty much set it up for me.”

He has painted the interior and made it his own thanks to thrift shop finds, Facebook marketplace and IKEA.

When he moved, he had the security of still working remotely for Loblaw Digital so had an income while he created The Wolf Moon.

He describes it as “a queer-owned gift shop in Haliburton County focused on supporting Black, Indigenous, People of Colour (BIPOC), 2SLGBTQ+, femme and female-owned small businesses.” In January 2021, he launched an online shop and opened the storefront in June 2021.

He said while opening a new business during a global pandemic has had its stresses, he also incorporated it into his business plan.

“I knew there was a lot of people coming up here. I knew people were spending more time at cottages and such. I knew there was going to be a larger market up here for the products I was selling.”

His original idea was skincare and wellness as well as household products, but it has expanded. He believes in ecoconscious brands. He is also a supporter of local businesses, with Living Libations, Woodsmoke and Lore and Wallings Studios having places in his store. “

As I’ve been having people come in, I’m just asking them what they are looking for in this area,” he said. “I’m tying to figure out what’s missing up here while trying not to step on other (competitors’) toes.”

He said his products range in price from $2 to $150 because “I wanted it to be accessible to everyone. I know this area is not one of the wealthiest areas. It’s nice for someone to come into here and be able to find something. Anyone can come in here and find a lovely gift for someone.”

He also wants it to be a safe space, “a space I would have loved to have growing up in a small town. I am wearing that queerness on my sleeve and making sure people understand my political views.” He has a sign outside that reads, ‘stomp out racism, stomp out homophobia, stomp out transphobia’. “There’s no space for that kind of talk in my world.”

For more, see the online shop thewolfmoon.ca or on Instagram at instagram.com/thewolfmoonshop/. For now, he is open Friday to Monday.