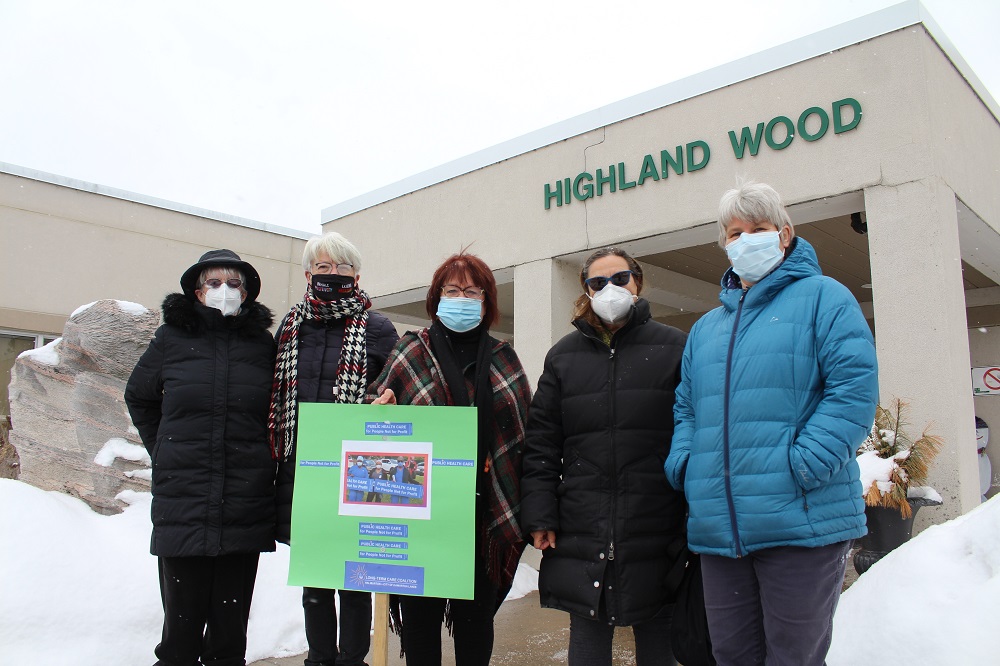 A seemingly off-the-cuff remark made by Health Minister Christine Elliott in early February has seen several activist groups, including the Haliburton-City of Kawartha Lakes Long-Term Care Coalition, sound the alarm over fears the province may be favouring a move towards privatization of health care in Ontario.

During a virtual press conference Feb. 24, Sarah Labelle, OPSEU region three vice president, expressed her concern over Elliott’s statement Feb. 1 that indicated the province would be looking to independent health facilities and private hospitals to help clear the backlog of non-emergency surgeries and procedures.

“That is a complete departure from what we have historically done in Ontario, and in fact goes against the legislation that banned private hospitals back in 1973,” Labelle said. “This is further privatization, and they’re doing it under the guise of telling people that they’re going to get rid of the backlog … It’s not right.”

While Elliott could not be reached for comment, local MPP Laurie Scott said any procedures redirected to privatelyoperated health facilities would still be publicly-funded.

“OHIP already funds procedures in other facilities … Right now, it’s all about ramping up for more surgeries. It’s an all hands-on deck situation for us to try and catch up with the backlog, so even if someone is [referred to a private facility] it will still be an OHIP-funded procedure,” Scott said.

She added that, as far as she was aware, there are no plans to expand independent health care facilities and operations in Ontario.

Labelle remains unconvinced. She said that rather than rely further on private hospitals, albeit temporarily, the provincial government should instead be working to outlaw them.

“The quality of care is not the same. The independent health facilities are not covered by the same legislation and regulations as our public hospitals,” Labelle said. “These facilities poach valuable health professionals away into the private sector, which leaves an already beleaguered public sector short.

“There’s just so many reasons why it’s not a good idea [to rely on private facilities]. What we need to do is push for more professionals and more beds and more funding for our existing public hospitals,” she added.

She criticized the provincial government’s decision to partner with Extendicare, a privately-owned corporation, on the project.

“That could have been used for notfor-profit beds,” Roe said. “This was a key opportunity to have changed the way we look at long-term care, and to try to do things differently. Unfortunately, this government just has no political will to do that.”

Among the local coalition’s chief mandates is to lobby the government to outlaw for-profit companies from opening new nursing homes in Ontario.

Scott said the province entered into an agreement with Extendicare because it was the only service provider in the Haliburton region to apply for funding to increase the number of long-term care beds in the community.

“We made the commitment to add 30,000 net new beds in Ontario by 2028 … We put the call out in 2021 for another round of applications for extensive developments and Extendicare is who applied from our area,” Scott said. When asked if there had been any other applications made by service providers in Haliburton County, she responded “none to my knowledge.”

It’s unclear how much of the $41 million needed to complete the project is coming from the province. Scott said the funding is determined on a per bed basis and that negotiations are still being finalized.

“They’re certainly a partner on this thing though,” Scott said, indicating the new build won’t be fully funded by the government.