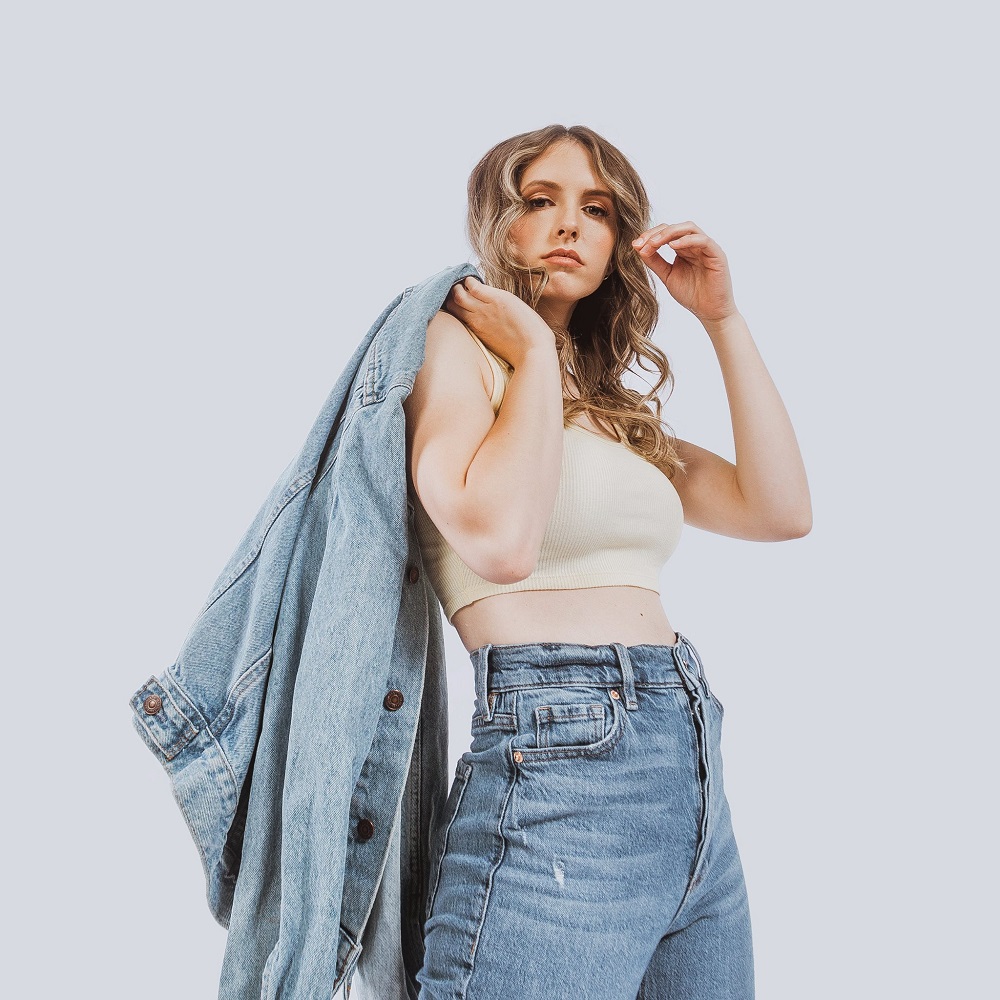 Cassidy Taylor is framed by a black background and lit by flashing lights in her latest original music video, Pretty, released in 2021.

Pretty, like many of the tunes Taylor writes or covers, is full of emotion, lilting melodies and a soulful voice.

A well-known local talent, Taylor has performed across Haliburton County and was a contestant on The Shot, an emerging artist contest at the Mississauga Living Arts Centre.

Currently based in the Highlands, Taylor’s experience of the pandemic mirrors many who work in music: cancelled performances.

“It was pretty hard. I had seen a lot of other shows being cancelled that weren’t mine. Then it happens to you and it kind of hits harder,” she said.

That didn’t mean her career went on hold. She said she’s been figuring out how to elevate the experience of a live show rather than waiting for something to happen.

She’s also spent time and money crafting new ways of presenting her music online. Her YouTube channel is full of recent music and behind-the-scenes glimpses into how she crafts songs. She said live gigs performed virtually will likely be a big part of her career moving forward.

“We’re now hoping to livestream every show going forward, as well as being in-person,” she said.

Taylor said she’s been listening to many of pop’s exciting talents: Bleachers, Dizzy, Lorde and others whose music inspires her own.

The HHSS graduate said the County’s landscape has influenced her songwriting as well. “That’s what I had access to,” she said. “I think it had a huge influence on how I write: I write a lot of metaphors about nature, and it helps me make sense of the world in a new way.”

In the lyric video for Before Daylight, a song about lost connections and longing, Taylor stands in a Haliburton lake at dusk as the lyrics scroll across the page.

“In the past, it’s been really personal experiences,” she said, talking about songwriting. “I’m finding a new way to stay creative. I found ways to kind of take my experiences and what I’ve been through and turn them into fictional stories.”

She’s been writing new music too, and said she’s excited to release it.

Her first show of 2022 in the Highlands will be March 19, at the Folk Society’s Women of Song concert.

“It feels like I’m starting to perform for the first time again, but I have more experience this time. That’s very exciting,” she said.