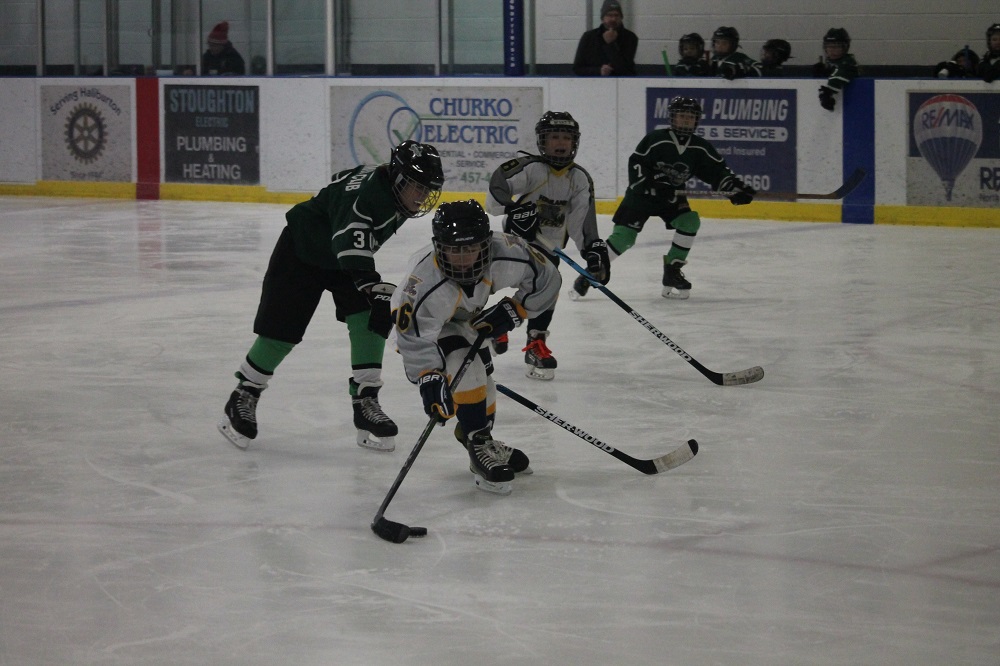 In their first meeting this year, the visiting team from Parry Sound and our own Highland Storm played a fast and furious game in Haliburton Saturday afternoon, Feb. 5.

The rafters were shaking and the game started out fairly even. Midway through the first period though Callum Merritt dangled a few slick moves and lit the light, completing a beautiful individual effort to make it 1-0 Highland Storm.

He did it again a few minutes later for a two-goal lead. The solid defence of Katie Lavalle, Jordyn Braun and Koen Kerkhof, including our all-star Goalie Moss Davis, kept Parry Sound at bay for the entire first period.

The second period was more of the same. Some solid play up front by Evelyn Mardus, Bently Bull and Olivia Rickard resulted in a well-earned goal by Rickard to make it 3-0 Storm. It could have been 4-0 as Bull went bar down only to have the puck deflect on top of the net.

Parry Sound began to push the play into the Storm’s end more often. Several great saves by Davis kept the score at 3-0.

Our team was fortunate to have a new spark-plug suit up. He didn’t disappoint. Wyatt Braun potted two third period goals and it was 5-0 Storm.

To their credit, Parry Sound never gave up and scored two in the third period to make the game closer.

Credit to the Haliburton Storm. The team was shorthanded and only had eight skaters. This was a well-deserved win, and the first of the year.

Duchene heads back to the rink