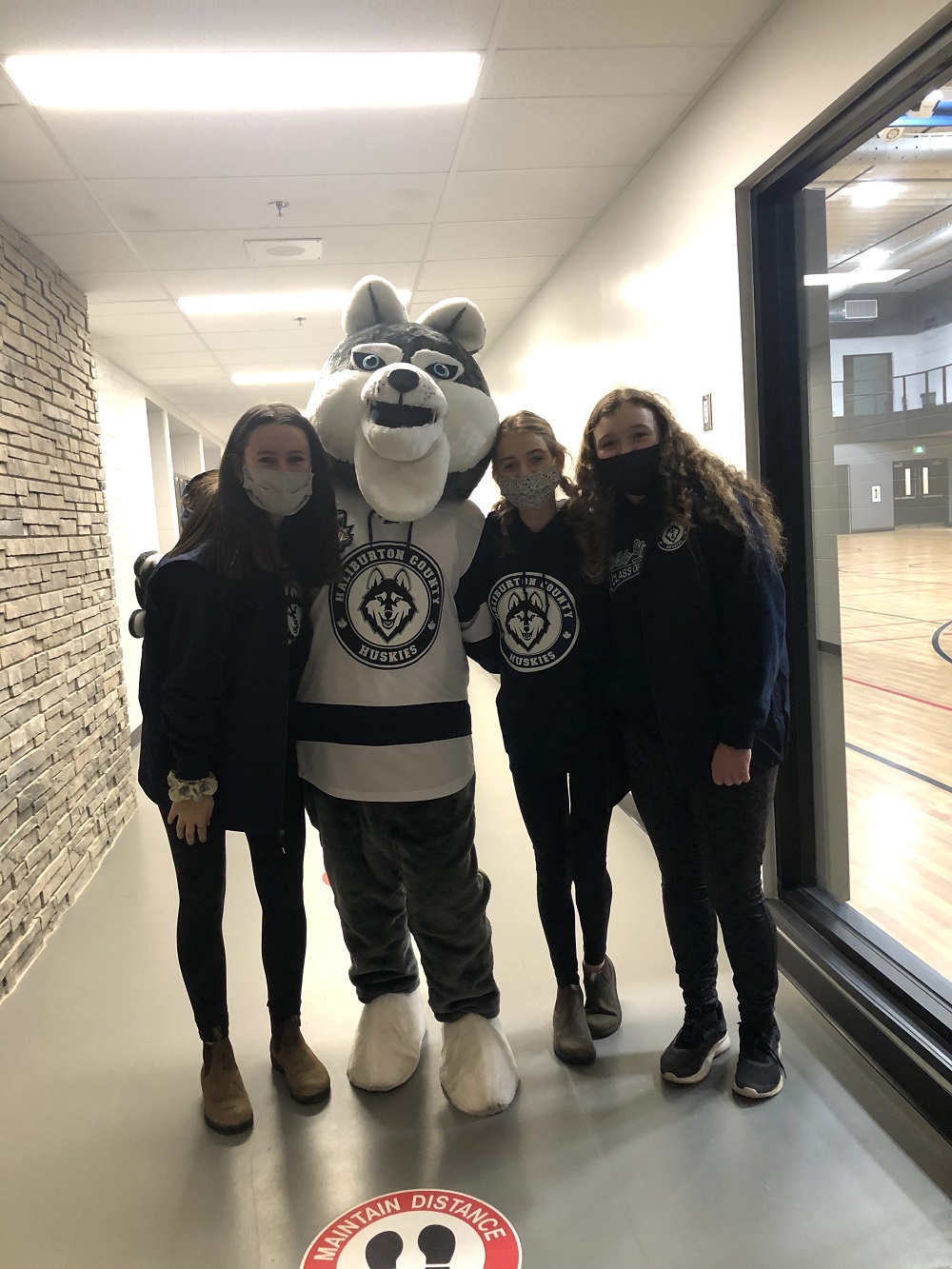 With Jr. A hockey set to resume at S.G. Nesbitt Memorial Arena this weekend, a group of 15 area residents are chomping at the bit to get back to work.

Each home game, the Huskies has its own mini-army of volunteers pulling together to cover a wide-range of responsibilities, including running security, manning the concession stand and even livestreaming games.

Klara Oyler was one of the first community members to offer her services last summer. Once it was announced the franchise would be moving to Haliburton County, ownership needed someone with computer skills to put together sponsorship packages and lay out all the paperwork for contract agreements. After doing a similar job with the Haliburton Highlands Health Services Foundation for several years, Oyler said it seemed a good fit.

“A friend of mine was heavily involved with fundraising, and I’ve known Paul Wilson (Huskies owner) for a long time. I started out very informally last summer helping out here and there, and it was great,” Oyler said. “It’s a brand-new organization, and I think it’s important that the community get involved.”

Even though she completed her hours during the opening half of the season, Sharp said she plans to stick around and continue helping.

“I really like interacting with the fans and seeing people happy, and it’s cool that I get to watch the games,” Sharp said. “It’s great to see how many people come out to support the team. The arena is always really busy on game days.

“This has been a really cool thing for the community,” she added.

When Mac Monk-Cray learned Haliburton County would be getting a new hockey franchise, he reached out right away to see how he could help. A recent graduate of Brock University’s sports management program, he was eager to learn anything he could regarding operations of a junior hockey franchise.

His primary responsibilities this season have been putting up the advertising signs along the glass in the arena, and running the live stream of games for HockeyTV.

“They’ve actually allowed me to do a lot of really cool things. Right away, they’ve welcomed me in and really made me feel like I’m part of a team. We’re kind of like a big family,” Monk-Cray said.

He said it’s been incredible to watch the Huskies’ evolution this season, going from playoff hopefuls to genuine championship contenders.

“You always heard about the usual OJHL beasts like Wellington and Trenton, but Haliburton has more than competed with them this season. It’s been so much fun being a part of this journey,” he said.

Oyler said she’s excited to head back to the rink Feb. 5. Now forming part of the ticketing team, she’s looking forward to greeting some familiar faces.

“I’m just itching to get back. It’s been great for me socially, being able to get out and see people again. You generate real connections,” she said. “I know all the regulars by now. There was a funny situation before the break when a gentleman came through with his wife, he reached into his pocket and panicked. ‘It was my job to get the tickets off the kitchen counter, and I forgot them,’ he said. I told him don’t worry about it, I know who you are, and that you’ve got season tickets.

“Those are the kind of things you can do in a small town like ours. I feel like, during a difficult time with the pandemic, the Huskies have really brought our community together,” she added.