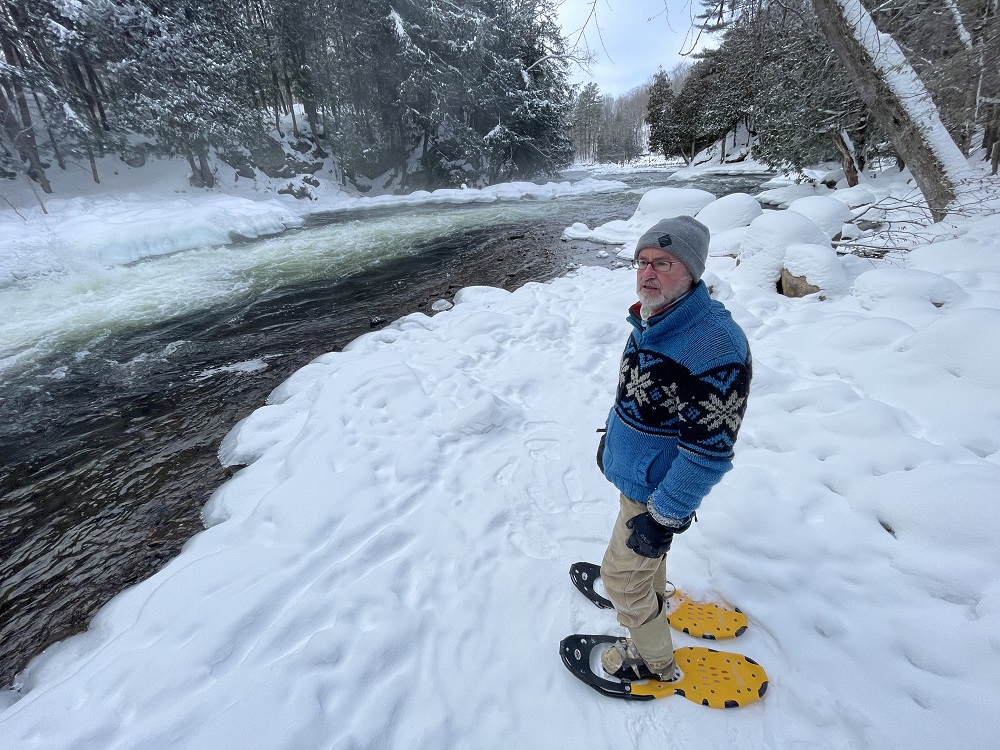 Minden Hills is launching three guided snowshoe walks across the township in January and February for those new to the activity and more seasoned trekkers alike.

The attraction is moving slowly through nature, and being able to take everything in at a really slow pace,” said Rick Whitteker, a longtime snowshoe enthusiast who’ll be guiding the tours.

The walks include the peaceful Snowdon Park, the ecologically-diverse Dahl Forest and a trek alongside the Gull River rapids, flowing fierce and fast beside snow trails.

Whitteker said snowshoeing is a way to appreciate wildlife which, in other seasons, move unseen.

Beside the Gull River, for instance, Whitteker bends down to inspect the miniature pawprints of a mouse that recently scurried past.

“You see animal tracks for instance, you see the story of the animal as it’s moving through nature, a glimpse of it,” he said. “It’s not something you can see in the other three seasons.”

It’s also a way to beat the winter blues. “[It’s about] getting exercise, being invigorated by being out in nature and getting your heart rate up. Especially in the winter when people hunker down a lot,” Whitteker said.

Each hike will begin with a brief introduction to the area and a chat about any safety precautions, however all three hikes can suit most walking abilities.

Whitteker said he tries to combine movement with a careful eye to nature interpretation, stuff he might see on the trail such as prints or vegetation with the “potential to create a discussion.”

Each hike costs $10 and snowshoes are available to borrow.

For more information contact Elisha Weiss at 705-286-2808 or eweiss@mindenhills.ca

Minden hopes worst of flooding is over