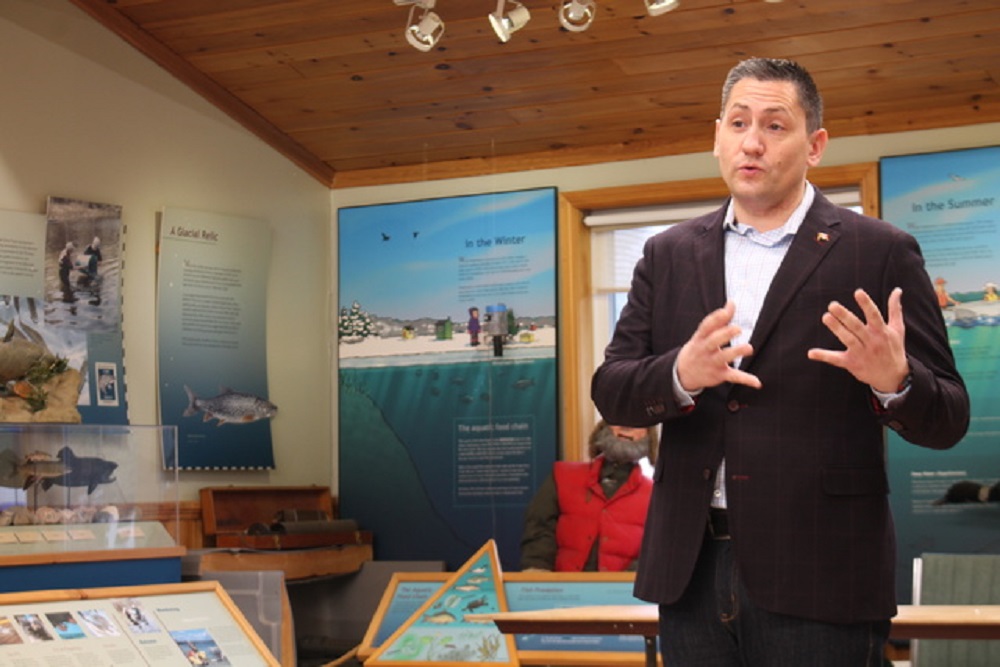 MP Jamie Schmale has hope life will return to some semblance of normality in 2022, though he warned Canada’s postCOVID-19 recovery will be a difficult one.

During an interview, Schmale said as we move into a third calendar year of the pandemic, the long-term impacts of provincial lockdowns, “lavish” federal spending, and burnout of thousands of health care and education workers would be felt for years to come.

“This pandemic has certainly been challenging, and there are many obstacles we will have to overcome,” Schmale said.

“We need to get our inflation crisis, our labour crisis, our housing crisis under control. We need to bring a sense of fiscal sanity back to Ottawa.”

Late last year, inflation hit a three-decade high – up to 4.7 per cent in November – with many industries looking to recoup money lost during the early stages of the pandemic. Schmale feels the Liberal government has exacerbated the issue through its spending habits, forcing the Bank of Canada to print money at a recordbreaking rate.

Since February 2020, the government’s printing press has created north of $370 billion.

“This is a problem,” Schmale said. “The longer we keep printing, the more the dollar becomes worth less, the more the savings accounts of our working class becomes worth less. It’s a dangerous cycle, and the fear is that once this starts happening, businesses might have to close, we might see more dependence on government. Life is going to become more difficult for everyday Canadians.”

While he agreed with the rollout of programs such as the Canada Emergency Response Benefit and several businessrelated supports during the early stages of the pandemic, Schmale feels the Liberals are taking advantage of the current situation to push through several self-serving initiatives he says will be deficit financed.

In its 2021 budget, the federal government promised to spend $30 billion over the next five years and $8.3 billion per year after that to create and sustain a national child care program, while $17.6 billion was set aside to aid Canada’s “green recovery”, with a target to cut the nation’s emissions to 36 per cent below 2005 levels by 2030.

The calling of an early election still rankles with Schmale too, a $610 million expense he feels nobody wanted and changed very little.

That money would have been better spent addressing issues such as housing, Schmale said. According to the Canadian Real Estate Association, house prices in Ontario increased by more than 15 per cent in 2021, pricing many out of the market.

Schmale said it’s an issue he’s all too familiar with.

“Housing is not affordable now for many Canadians. I think those trying to get into the market are feeling like they’re never going to be able to do it,” he said. “They just don’t see an opening.”

The feds have promised to build, preserve or repair 1.4 million homes over the next four years, but even that may not be enough to keep up with current demand, Schmale fears.

It’s not all bad though, Schmale said, as there have been some positives over the past 12 months.

“We’re one of the world leaders in terms of vaccinations, and we didn’t tip our hospital capacity at any point during the pandemic. There have been a lot of successes,” Schmale said.

“Looking ahead, we have much to do. We need to look after our tourism and hospitality sectors, which have probably been the hardest hit over the past two years. We need to get more people back into the workforce, and really kickstart our economy,” he added. “We have to rebuild our health care sector, address the affordability crisis. There’s a lot of work to do for us to get back on track, it’s going to be a long road back.”

Places for People gets $50K to ‘foster belonging’