Home Sports Gourgouvelis taking game to the next level 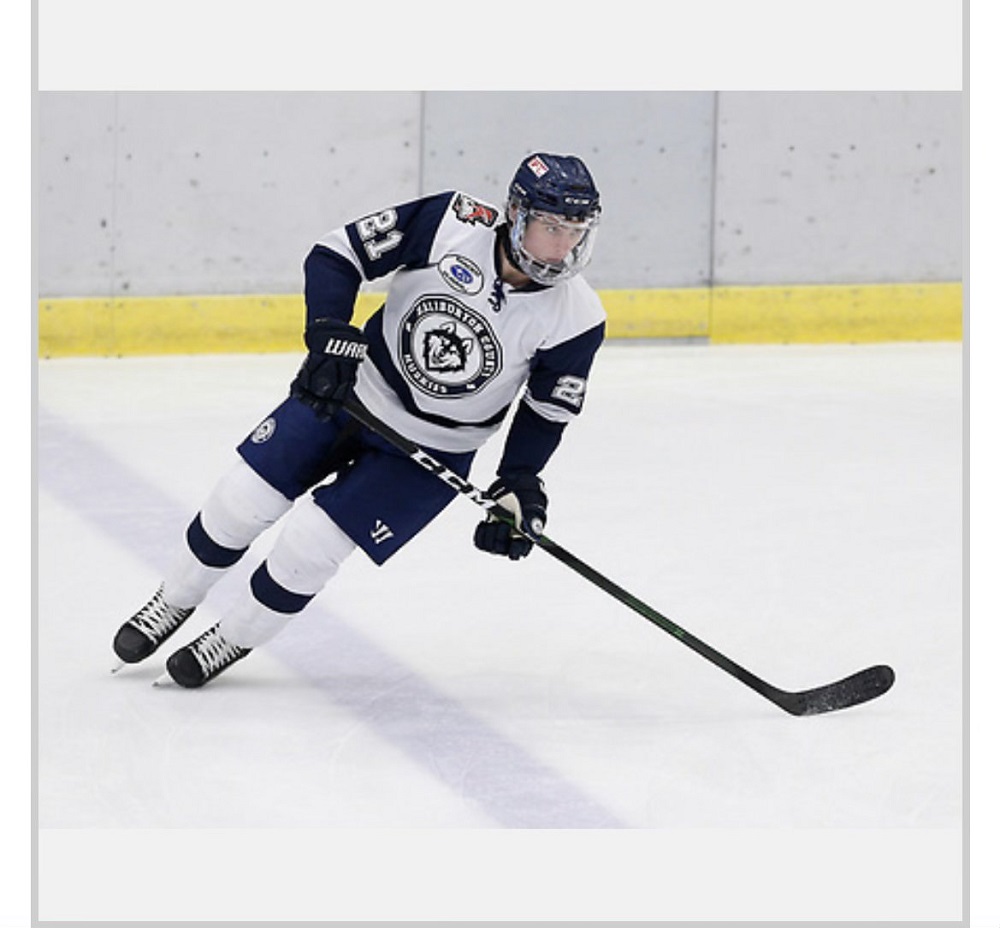 The evolution of hockey over the past 15 years has really opened up doors for players such as Will Gourgouvelis.

A silky, skilled offensive defenceman, Gourgouvelis has taken the OJHL by storm in his debut season with the Haliburton County Huskies, suiting up in 29 games and logging big minutes on one of the strongest bluelines in the league.

Despite his slender frame, 5’10” and 154 pounds, Gourgouvelis has forged a reputation as one of the most aggressive defenders on the team, never afraid to throw himself into a big hit. While that willingness to embrace the physical side of the game has endeared himself to fans and coaching staff, it’s when the puck is on his stick that the Huskies’ number 21 excels.

He showcased his skills during a big 2-1 road win over the Lindsay Muskies back in November. Deep into the second period, with the Huskies behind, Gourgouvelis picked up the puck deep, carried it into the zone, danced past three defenders and flicked it backhand over the goalie’s glove to tie the game, capping off a fine individual play.

“I like to say that I’m a 200-foot defenceman prioritizing my puck moving skills. I’m good in the D zone, and always trying to work on my offensive game. I’m probably best when I’m getting the puck up ice quickly, just turning the game around and going towards offence,” Gourgouvelis said.

Growing up in Whitby, he developed through the Wildcats system, eventually playing AAA midget. When he was 16, he moved on to play with the Ajax-Pickering Raiders U18 team, racking up 34 points in 35 games. That put him on the radar of several OHL teams and, in April 2020, he was drafted by the Sarnia Sting in the second round of that’s year priority draft.

Due to the pandemic, Gourgouvelis missed out on playing any hockey last year. That stunted his development and killed any hopes he had of cracking the Sting’s roster. So, when the opportunity came for him to head to the Highlands this past summer, he jumped at it.

“I had committed to the Whitby Fury last season, and played in eight exhibition games, but then COVID-19 set in and everything was cancelled. I was surprised when I found out the team was moving, but it was exciting too. Coming up and living in the north is something I’ve always wanted to do, and I knew we would have a good team,” Gourgouvelis said. “This is a pretty great place for me to play hockey.”

He is billeting with Jim and Cheryl Waddell in Haliburton village.

Still eligible for two further OJHL seasons beyond this, Gourgouvelis said he’s focusing on improving his game and learning all that he can from his teammates and coaching staff.

“Already my development has gone up quite a bit since getting here to Haliburton. Up here, we get to focus on hockey and hockey alone, there’s no distractions. We’re at the rink the majority of the day and working on all aspects of our game,” Gourgouvelis said. “Long-term, I just want to be able to play at the next level, wherever that is. That’s my ultimate goal right now, being able to do this past just junior.”