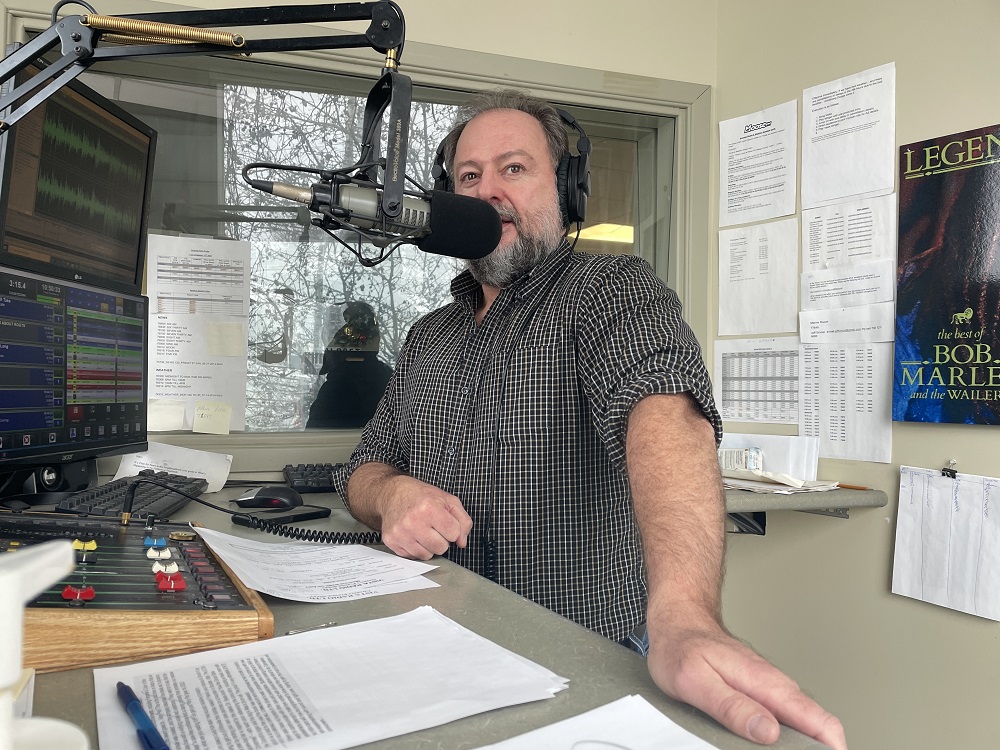 Phone lines at Haliburton’s 93.5 MooseFM were ringing off the hook Dec. 9 and 10 as the radio station held its 15th annual festive radiothon. The fundraiser supports the efforts of the Minden Community Food Centre, Haliburton 4Cs Food Bank and the Central Food Network during their busiest period of the year. This year’s event brought in $43,800. “The money raised is distributed proportionately to all of the food banks in Haliburton County,” said MooseFM morning show host Rick Lowes. “The generosity of Haliburton County never ceases to amaze me, just a wonderful place to live.” The radiothon ran from 6 a.m. to 6 p.m. last Thursday and Friday, and featured special guests such as Minden Community Food Centre manager Joanne Barnes, 4Cs manager Judy MacDuff, MP Jamie Schmale and MPP Laurie Scott. Since launching the event in 2007, MooseFM has raised between $350,000 and $400,000 for the three food banks in Haliburton County. (Mike Baker).