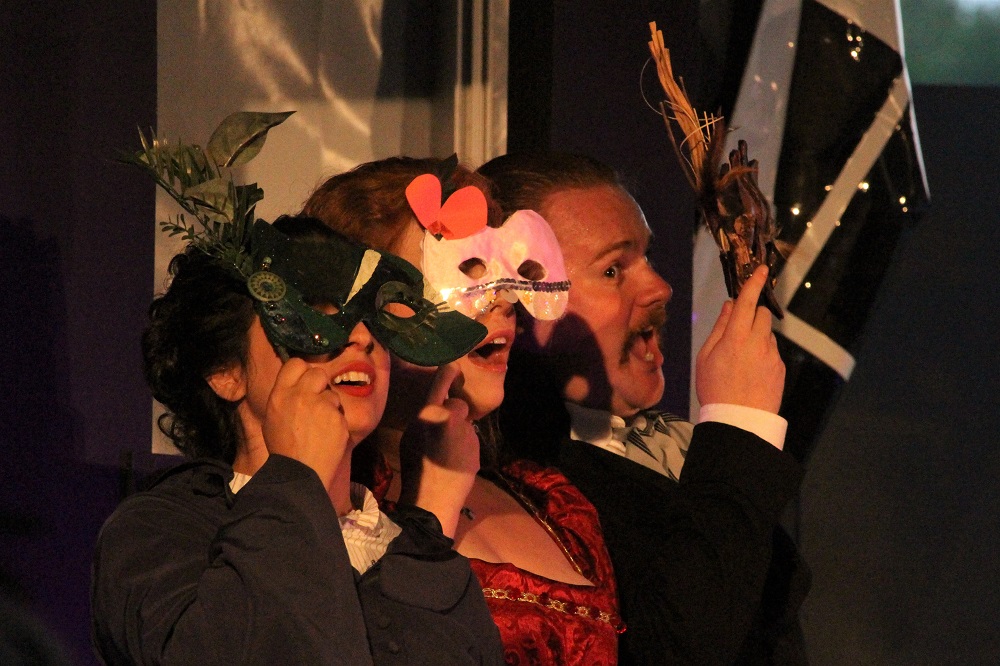 Tales of heartbreak cascaded over a rapt Abbey Gardens audience in August. A brandished revolver, a descent into hell itself: it was all wrapped up into The Leporello Diaries, a fully-staged opera performed by Highlands Opera Studio for a socially distanced and masked audience.

“We were thrilled to see people coming out and being moved to tears once again,” general and co-artistic director Valerie Kuinka said.

While the studio performed a few concerts in 2021, Kuinka said they’re excited to raise the curtain on a full 2022 season, “reconnecting to the reason why live performance is special.”

That includes a pay-what-you-can concert where studio members will perform non-operatic tunes and chat about what drew them to the classical practice. Other performances such as Pop Goes the Opera will mix show tunes and opera classics. Kuinka said the genre can feel intimidating to those unfamiliar with it who may think shows call for fancy dress or prior knowledge.

“The people in opera, good heavens they’re anything but stuffy,” Kuinka said.

She described how some newcomers who were brought by friends were skeptical at first. “They found they were unbelievably moved by being in the same room as this artistic expression.”

Many requested operettas this year, said Kuinka. The shorter and lighter shows deal with the fun themes a modern audience might find familiar from romantic comedies.

“It’s more just girl like boy, they fall in love; everything works out,” Kuinka said.

Many within the art world point to the 2020 murder of George Floyd and ensuing discussions about racial inequity as a wake-up call. Kuinka said it sparked more conversations within the world of opera about areas the industry falls short.

“It’s a problem,” Kuinka said. As a studio she said they want to increase the diversity of performances and performers; the vast majority of opera singers worldwide are white.

Celebrating Diversity on Aug. 11, 2022 will be a showcase of diverse composers from Canada’s past and present, and Kuinka said the studio will strive to uplift sexually and ethnically diverse performers and composers as it plans future seasons.

It’s part of a renewed focus of recognizing “the unbalance in our society: including and respecting and promoting equity,” Kuinka said.

Opera, Kuinka said, is for everyone, telling stories that resonate through time.

More information and tickets for 2022 shows are available at highlandoperastudio. com.