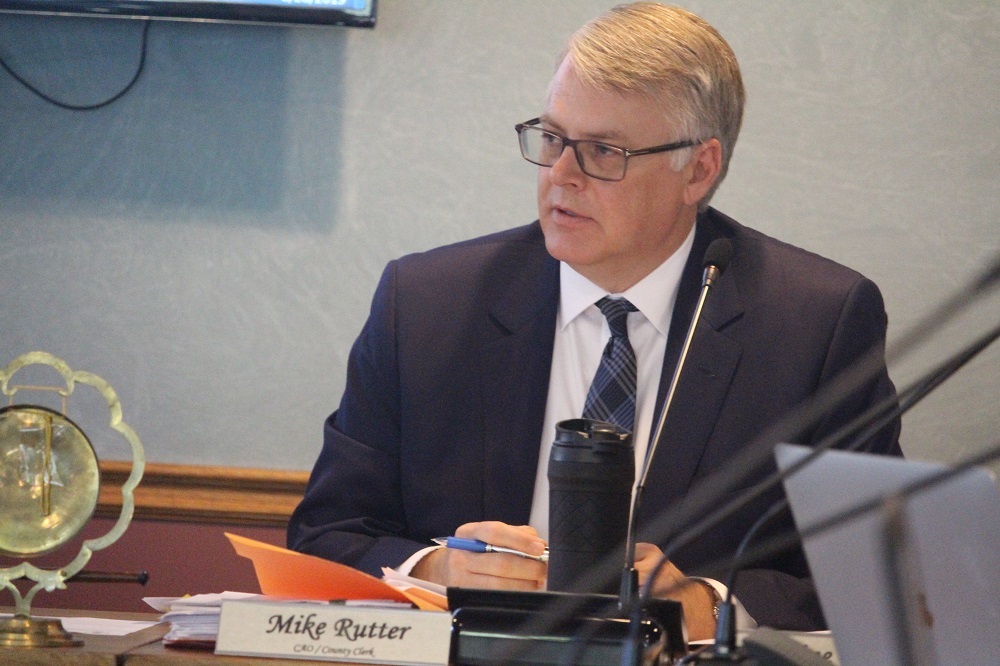 County of Haliburton CAO Mike Rutter says COVID has helped speed up the service delivery review (SDR) process and residents should see improvements and savings in the coming months.

Much of the work is being done behind the scenes by staff of the County, Algonquin Highlands, Dysart et al, Highlands East and Minden Hills. However, the Haliburton County Home Builders Association (HCHBA) has been invited to the building, bylaw and septic working group.

Working groups are meeting regularly and report back to County council on a quarterly basis.

Rutter said since the pandemic began, the five CAOs have met once a week and that is continuing via Zoom.

“We simply did not communicate as often, or as well, prior to COVID. I would actually say we have come further, faster, on the service delivery review because of that meeting format,” he said.

The most recent SDR steering committee with County councillors was on Nov. 24.

Rutter is at the helm of the review, based on the 140-page report from consultants Strategy Corp., who identified 12 broad initiatives aimed at finding more than $900,000 in operational efficiencies and about $200,000 in productivity gains by getting the five corporations to work together better.

Rutter said it’s expected to take three years to complete, or into 2023.

“While not everything will be fully implemented by then, I do think the respective councils will have made decisions on many of the recommendations in that timeframe,” Rutter said.

However, he added, “That does not mean they will support every recommendation, but I do believe they will have all been debated and direction provided in that threeyear horizon.”

Rutter said he believes some changes will be implemented in the coming months. For example, the County has created, and now successfully recruited for, a director of economic development and tourism. Scott Ovell started Nov. 8, coming from the Town of Huntsville.

“As a result, residents should see improved service delivery/savings in those areas in the near term,” Rutter said.

County councillors also gave the green light to hiring a procurement coordinator. However, they have been unable to find a candidate so that remains on hold as of now. The other suggested positions, for which there has been no movement to date, include an in-house legal position and a communications officer and grant writer.

Referring to the building, bylaw and septic working group, Rutter said they will be reviewing bylaw enforcement and developing a recommendation on the potential for integration of that service in the near future.

The HCHBA declined to be interviewed, saying “we are very pleased to be included in the process with the County and the municipalities.”

According to meeting notes from Oct. 20, they asked that “given the level of activity in the building industry right now, is this the time to make monumental change like this?” They added if there is change, they want assurances service levels will not decrease during the transition.

The builders wanted to know if more municipal staff would be required. The answer was the model doesn’t include more inspectors, and it’s not yet known whether bylaw enforcement would be integrated.

The HCHBA also asked if changes would help the township attract more qualified staff. The answer was it was possible and there could be other benefits.

The builders said more discussion is needed on the pros and cons of having dedicated septic inspectors versus building officials who also do septic inspections. The four municipalities provide the services in a different way.

They said “consistency is critical” and were told an integrated model would result in consistent forms, interpretations, and approach.

The builders also wanted to know about maintaining connections with planning staff they are already dealing with at each township. According to the notes, it’s an area requiring more work.

The working group also had a number of questions for the builders. They wanted to know if it is important to have a physical office in each of the local municipalities. The HCHBA said that would be preferred. They said not everyone would be willing or able to submit plans electronically.

Councillor says towns must ‘work together’

Minden Hills Coun. Bob Carter, who has been keenly watching the process, said the need for change is crucial. “We have four different criteria for the minimum size dwelling in the area.

We have different rules for setbacks and little minor things like that, that drive builders crazy.

“I recall being in the office [Minden Hills] pre-pandemic and a builder came in and was showing the building department the plans for a garage he was building and they told him, ‘well, you can’t do that, and you can’t do that,” and he said ‘but I just took these same plans to Dysart et al and got approved’. And they said, ‘oh well, that’s Dysart’.

“That’s craziness and it’s hurting us all. I think that we have to work together.”