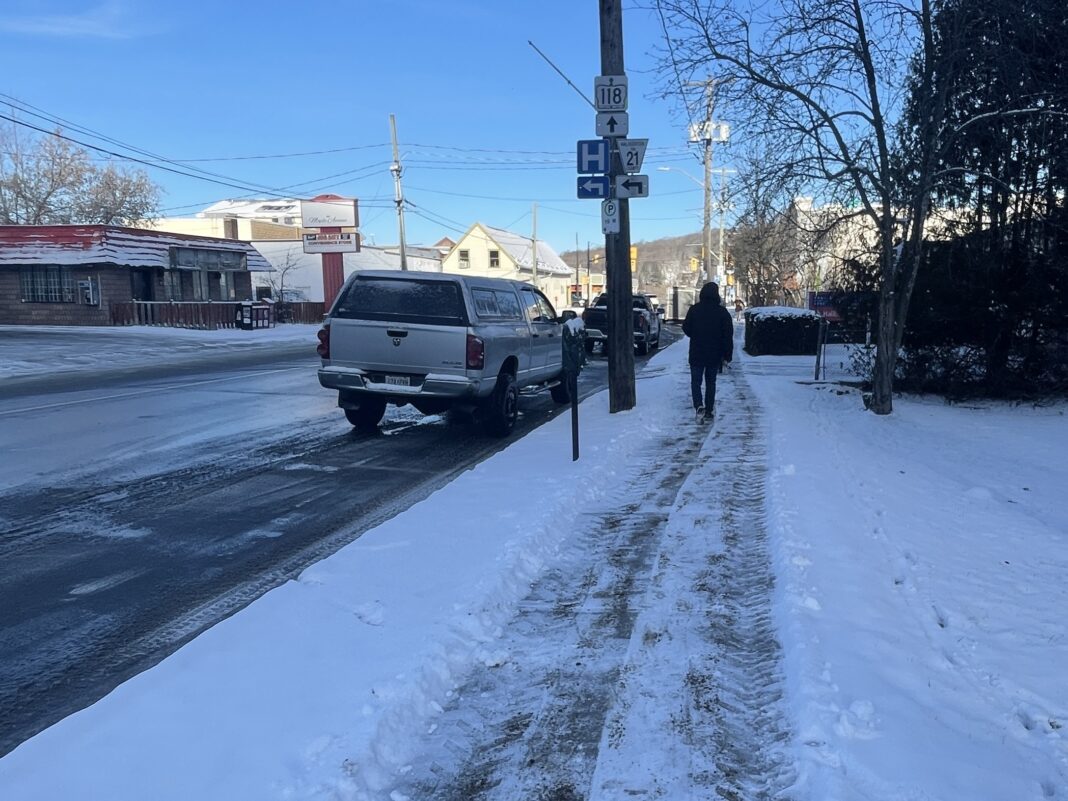 Minister of Health, Christine Elliott, said the service is aimed at bridging the gaps in rural mental health access.

“Through our government’s Roadmap to Wellness we are committed to breaking down barriers to accessing high-quality mental health and addictions services where and when it’s needed,” she said in an Oct. 28 press release.

The mobile clinic will be a retrofitted bus, visiting areas around the Haliburton region, open to drop-in addictions support, counselling and more.

“Access to services is probably the greatest hurdle for people to get access to ongoing mental health supports,” he said.

That access is severely limited in Haliburton compared to other regions in Ontario.

“There are pockets of towns and communities that are so spread out. It’s hard to get accessible care: you can’t just hop on the bus,” said Veitch.

The funding comes as part of the Province’s Roadmap to Wellness plan, which Premier Doug Ford has said aims to connect more people to addictions and mental health services.

“Bringing mental health and addictions supports and services directly to the people who need them is another way our government is breaking down barriers and making these important services readily available,” said MPP Laurie Scott. “This mobile clinic will support individuals and families in the CMHA-HKPR catchment area and help address gaps in mental health and addictions care.”

The recent funding announcements counter previous decisions, such as in 2018 when Ford’s government cut $330 million from mental health services. In 2020, Addictions and Mental Health Ontario (AMHO) said the government’s budget, which did not include any additional funds for mental health supports, fell “much too short of the significant investments needed.”

While it said recent funding announcements, such as the mobile addictions and mental health treatment centers, are welcomed, the AMHO said funding “doesn’t go far enough.”

Some who work locally in the mental health field say the provincial government needs to do far more to address the Highlands’ mental health issues.

“Primary care, peer support work and help in both mental health and substance use: there’s still a big gap between what’s needed and what’s there,” said Marg Cox, executive director of Point in Time Centre for Children, Youth and Parents.

“What I would say are some of the big gaps, is the government has invested heavily in COVID responses, but we really have a pandemic of mental health and substance use issues going on in the County.”

Multiple groups across Ontario have raised the alarm over spikes in opioidrelated deaths. The HKPR district health unit issued a press release in August outlining the threat.

“We are issuing this alert to make community members aware that more drug overdoses are occurring in Haliburton County and remind everyone to be extra vigilant,” said Catherine MacDonald, a registered nurse and substances and harm reduction coordinator with the health unit. The HKPR health unit reported 30 suspected opioid overdoses in the region in November.

Mental illnesses such as addiction coincide with a drug supply tainted by highly toxic substances such as fentanyl, which has caused nearly 23,000 deaths in Canada since 2016.

Communities such as Peterborough have implemented safe consumption sites, places where people who use injection drugs can do so under supervision.

HHHS CEO Carolyn Plummer said, “We have certainly seen a rise in requests for service related to circumstances of the pandemic, as people face employmentrelated issues, loss of housing, and relationship concerns that are not unique to our community.”

She added that mental health service referrals “have also become more complex and are increasing to align with the population growth in our region.” She said her teams see transportation as a barrier to care.

“While it impacts many aspects of life in the Highlands, a lack of transportation for people trying to access mental health services continues to be a significant challenge,” she said.

“In a community that is remote and as large as ours, it means you’re going to the emergency room for those supports,” she said.

“I think the risks are increased marginalization, increased poverty, and increased mental illness that goes untreated.

“Our communities are only as strong as our most marginalized members,” she said.