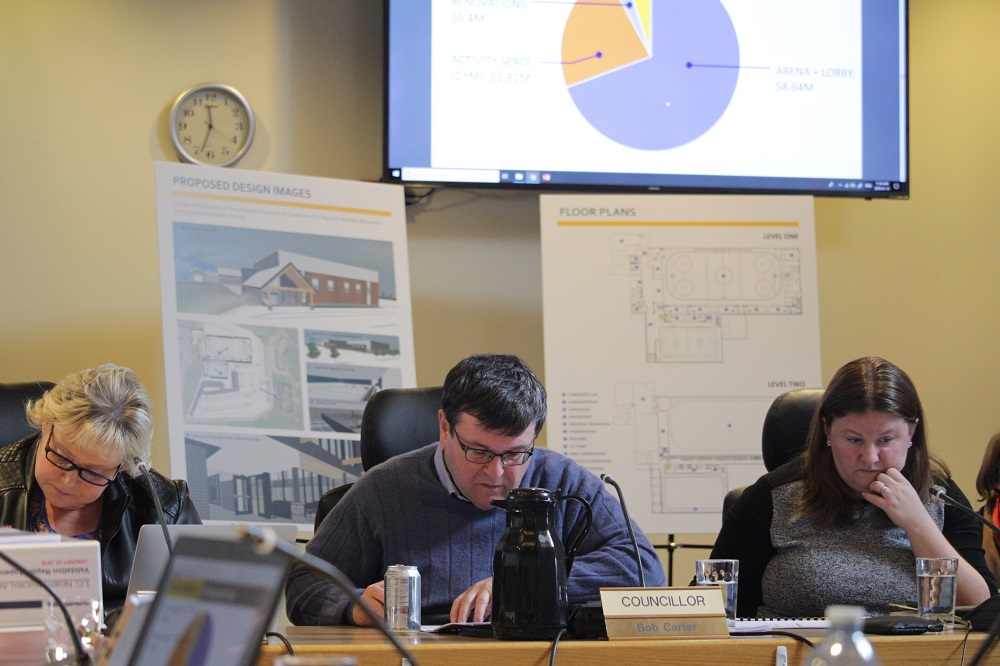 Carter said after Devolin declared his intentions, a number of people asked him if he was interested.

“I just decided that I didn’t want to try to mislead people or put people off. I should just decide what it is I want to do.”

He said his motivation has not changed since he initially ran and was successfully elected in 2018. For him, the big issues are housing and the environment as, “without these lakes, we have no reason to get people to come here for our economy.”

He also touched on change, saying it appears to be happening faster or differently due to population growth locally, climate, the pandemic, and a trend that is seeing municipalities generally get less provincial and federal support.

“I want to be part of the team that steers that change, steers Minden successfully through this changing environment.”

He said infrastructure is Minden Hills’ greatest challenge, using roads as an example.

“We’re in this situation where people want to borrow money for annual road repairs and upgrades. I know there’s a certain amount that has to be spent on roads but I think we need to have plans. The way budgeting is done at the municipal level, you’re almost looking at one year and you don’t know what’s coming next and when you’re going to be dropping off the edge of the cliff.”

He said long-term planning is needed to keep taxes at a reasonable level.

Economic development is also important, the councillor said, but barriers to attracting new business include finding staff and housing for those staff. Another hurdle is attracting service providers, including contractors.

He sits on Minden’s housing task force and the KLH Housing Corp. and is looking into getting involved with Habitat for Humanity. He said housing is a complex issue. However, he believes the move to multi-unit development is needed. He added as a driver for Meals on Wheels, he’s encountered elderly singles living in three-bedroom homes on rural roads. He said if they could find housing in town, they could move, freeing up housing stock for families. He said another challenge is the cost for housing when not on municipal sewer or water.

But he believes Minden Hills council is very supportive of housing “and would move heaven and earth to get some housing developments in here.”

“I worked mostly in heavy industries, big corporations, multi-nationals, travelled extensively, mostly doing IT and engineering work on big projects and worked as a chief information officer for most of my career and senior management, projects, strategy,” he said.

He said he’s learned in the past three years that finances and accounting are different in local government versus industry and that it takes a lot of time to get anything done. However, he said councillors are at the helm of multi-million-dollar businesses.