Home General News Sleeping in Cars event rakes in over $12,000 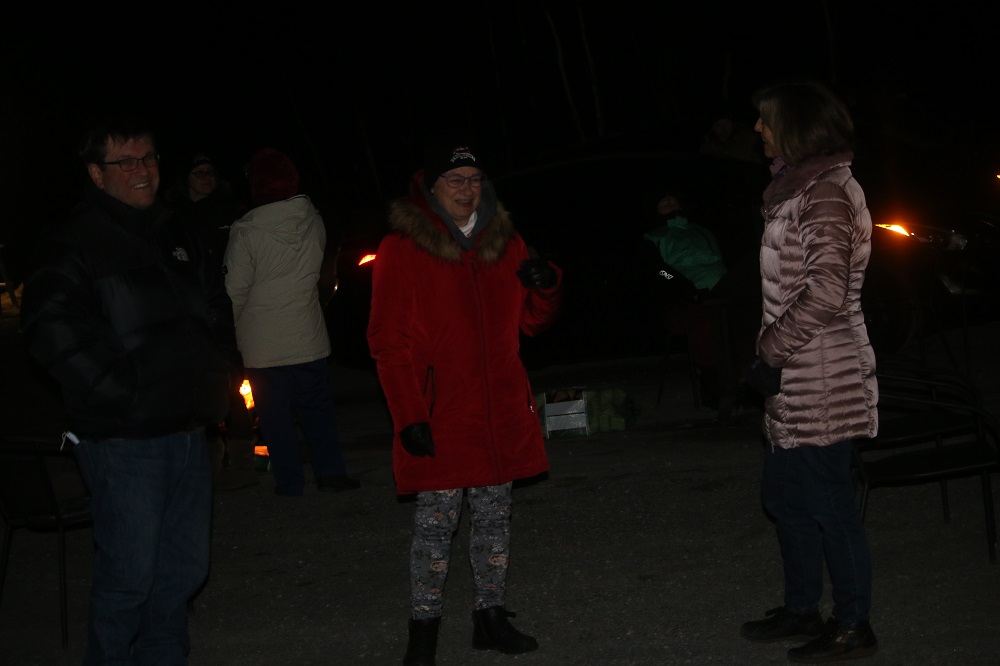 It was a long, cold night for a group of 14 area residents Nov. 19 as Places for People held its Sleeping in Cars fundraiser under the stars at Abbey Gardens.

The event was a “tremendous success,” according to lead organizer Nataly Mylan, raising more than $12,000 to help Places for People with its mandate of providing affordable living spaces to some of the community’s most in-need residents.

Fay Martin was the top individual fundraiser, bringing in more than $5,200, with remote participants ‘The Chilly Chicks’ raising more than $3,000. Various county residents, including Minden councillor Bob Carter and Dysart mayor Andrea Roberts, stopped by over the course of the evening to drop off donations.

“I think the night went very well … I am extremely thrilled at the amount raised. I believe people really appreciate how difficult life would be without safe, secure, stable housing,” Mylan said. “We are grateful to have such a generous community.”

Having spent an uncomfortable evening in her car, Mylan said she has certainly gained a new appreciation for the home comforts she often takes for granted.

“Privacy is non-existent in a car, and with two teenage kids that is especially problematic. There was no way I was going to exit my ‘cocoon’ once I was in bed, so calls to the bathroom were ignored,” Mylan said. “And we were without our loyal dog companion, something that seems insignificant considering the magnitude of being without a home, but I was reminded of the comfort and love we would not have without him.”

Emily Stonehouse, a board member with Places for People, feels it’s important that the organization host events such as Sleeping in Cars to remind area residents that, even though they may not see people sleeping on the sidewalk along Highland Street in Haliburton or Bobcaygeon Road in Minden, homelessness is a real problem in our community.

That fact was showcased eloquently on the night by a local couple who, for reasons outside of their control, have found themselves without a home since April.

The pair, who asked that their names be withheld from publication, have lived in Haliburton County since 1987. They owned a place of their own before selling in 2016. Since then, they rented a small place in Minden, but were given an eviction notice earlier this year after their landlord sold the property.

“We’ve been looking, but just haven’t been able to find anything we can afford. The monthly cost for rental properties now is way crazy. It’s more than double what we were paying before,” one of them stated.

The couple spent the summer living in a trailer on a friend’s property. They have recently moved into a small cottage, although they can only stay there until May. Looking long-term, they are considering pooling their money with a family member to try and find a place where they can all live.

“We don’t want to live together, but that’s the only option that we have right now in order to find something. We’ll be 63 soon. We want to live alone, but this is the situation we’re faced with.”

Places for People is currently working with Dysart et al and the County on a proposal to develop an affordable housing complex on Wallings Road in Haliburton. The project, if approved, will feature up to 48 one-and-two-bedroom apartments.

All money raised through the Sleeping in Cars event will go towards the Wallings Road proposal, Mylan said.

“We have the opportunity to respond to our needs in our own unique way; to ensure that we keep our retail workers, our seasonal workers, our elders, and everyone in between in a dignified way that benefits our communities as a whole,” Mylan said of the project.