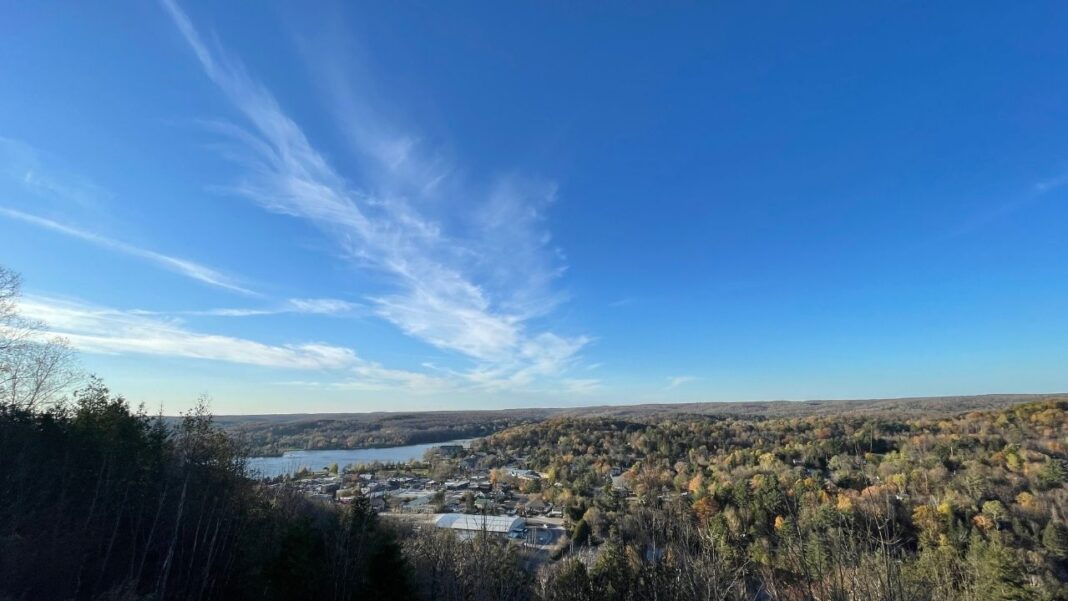 With capacity restrictions eased, The Mill Pond Restaurant in Carnarvon is having no problem finding customers to enjoy homecooked comfort food. The issue is getting staff. “Nobody’s applying, every restaurant you talk to is looking for servers too. It’s crazy right now,” said owner Brad Archer. “I need to have four servers on staff. Right now, I have two full-timers and one part-timer.” During the fall, Archer couldn’t find anyone to take the shifts so he and his servers often worked 50-hour weeks. In industries from childcare to hospitality, businesses across the Highlands are having trouble finding employees.

“You open up the newspaper or you go to any online job platform: there’s a lot of jobs out there,” said Haliburton Chamber of Commerce executive director Amanda Conn.

The question is, why?

Archer guesses CRB, which ended in late October, might be a major reason why it’s become more difficult to find staff. “Everybody is on CRB, nobody wants to work, and nobody’s applying for jobs,” Archer said.

He doesn’t personally have staff who have stayed on CRB, however, he’s spoken to customers who have said they took the summer off. Federal MP Jamie Schmale agrees: “I do believe, with CRB gone, our businesses may start to see more people coming through their door [looking for work],” Schmale told The Highlander.

While the federal opposition has linked CRB to the current labour shortage, economists such as Karl Skogstad from Lakehead University are slower to jump to that conclusion. Skogstad pointed to Canada’s workforce participation rate, which fell from 65 per cent to 59 percent at the start of the pandemic. “If this CRB story was true, we’d expect to see that this participation rate has fallen.”

However, labour force participation has risen back to the 65 per cent level. “The data shows people are participating just as much, if not more, than they were pre-pandemic,” said Skogstad. While individual stories of people defrauding the CRB and the old CERB system — choosing to stay home rather than work — abound, Skogstad said it would have to be extremely widespread in order to distort job participation numbers. “My gut tells me there’s more going on than just that,” he said.

Skogstad, Lakehead’s Robert Petrunia, University of Winnipeg’s James Townsend and Lakehead Master’s student Derek Patterson have been studying the economic impact of the pandemic in Northern Ontario since early 2021.

In a community such as Haliburton, where heavy summer traffic increases the need for hospitality workers, Skogstad reckons there can also be a “mismatch” of skills to what’s actually needed.

He and Archer both say it’s likely the number of people qualified or equipped to handle jobs such as being a line cook don’t match the demand for their services. “There are 40 restaurants in the area, and there’s probably 40 cooks,” Archer said. “There’s a very small pool of people who do that sort of thing up here, it’s been going on for years.” Sean Dooley, a labour market information analyst with the Workforce Development Board, said the employee shortage could be reframed: “It’s important to recognize the difference between a labour shortage and a skills shortage,” said Dooley.

He said programs such as the Trillium Lakelands District School Board’s Start Me Up initiative is focused on equipping youth with skills and knowledge about the trades. It could be a good first step in addressing this skills gap in growing industries, he added.

Gena Robertson, SIRCH Community services regional director, wrote in an email there are routes employers and trainers could take to eliminate barriers to this kind of training.

“Typically trades and other post-secondary training requires local residents to go for extended periods to another city,” wrote Robertson. “…even when registration fees are waived or subsidized, there are still costs involved, which many people may not have. Could the training be brought locally?”

Robertson said employers also could refer potential hires to soft skill training programs, such as one SIRCH offers, to get prepared for new roles. “But we have yet to receive a referral from an employer,” added Robertson. Living in the Highlands “It’s hard for people to come work here when they can’t find a place to live,” said Conn.

That’s a reality Archer knows all too well: he said staff in the hospitality industry especially struggle to find affordable places to live. “All the rentals are so expensive and they’re so hard to find, and you don’t get any new people coming into town,” he said.

A quick search on Facebook Marketplace or Kijiji turns up few rentals. While certain developments in Haliburton County have been approved as “affordable,” this classification means they are priced at market rent: in Haliburton it means $979 for a one-bedroom apartment, nearly half of a minimum wage worker’s pre-tax monthly income.

The generally accepted rent to salary equation is 30 per cent.

Even workers in established roles such as Lisa Paterson, a cook at Extendicare Haliburton, are having difficulty calling Haliburton home. “I spent months looking for something,” said Paterson, who commuted for six months from the GTA while looking for an apartment. When she found a place, “it was just a room. I had a roommate, it wasn’t even my own place.”

Now, about to re-start her job after maternity leave, Paterson said she’s unsure how she’ll handle the drive. SIRCH Community Services has also experienced potential hires declining positions partially due to rental prices. “The person offered the job would have loved to have taken it, but the person’s partner had little chance of getting employment in her profession and they couldn’t live on one income,” wrote, Robertson.

Rental scarcity is paired with one of the highest costs of living in Ontario, with a living wage estimated to be $19.47 in 2019; undoubtedly higher now, with an updated figure expected this year. Add high transportation costs due to a disperse rural community and the Highlands could look like a difficult place to make a go of it to many lower wage workers.

According to BDC research, the aging baby boomer population will be a major contributing factor to decreasing labour force participation until 2036. Sixty-three percent of Haliburton’s population is over 50.

In 2016, Haliburton’s average age was 52, over 10 years higher than the Ontario average: as a population ages, the workforce can shrink.

While the reasons for a labour shortage are multi-dimensional, with COVID-19, inflation, housing, and demographics all taking a toll, Dooley of the WDB said the phenomenon has precedent in Haliburton County: “It’s a very complex topic with a lot of regional factors at play.