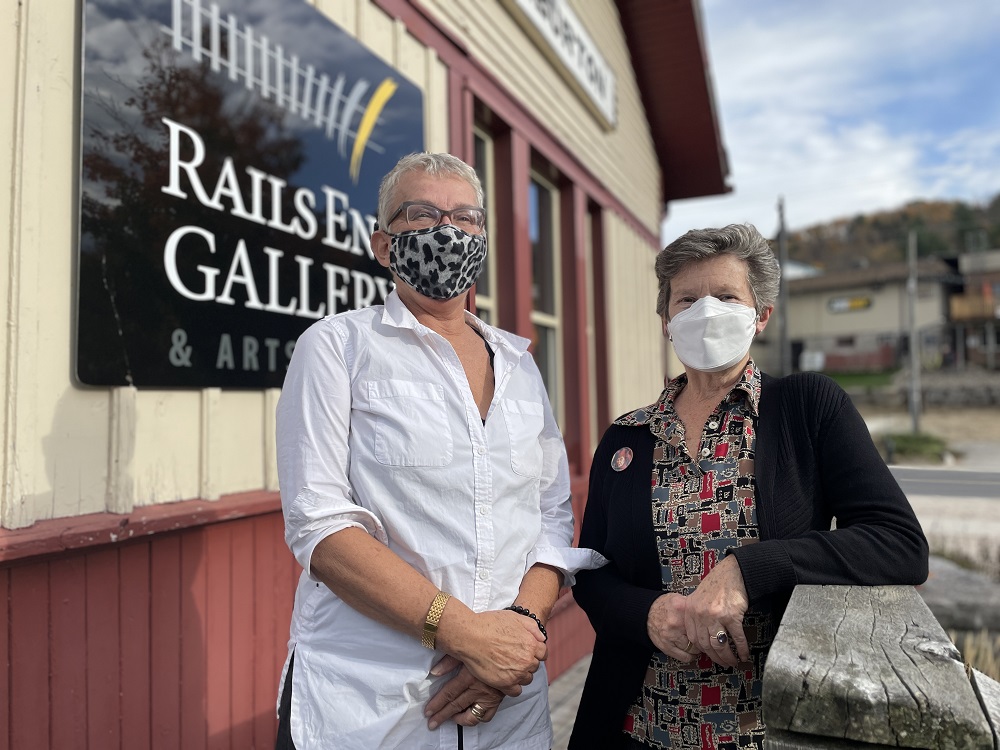 The grants are given to arts organizations that have demonstrated impacts in their communities.

Laurie Jones, executive director of The Rails End Gallery, said their $50,000 grant will help fund the staffing model of the gallery which supports the board and volunteer committees as they “get things rolling again.”

While the gallery has been hosting virtual and socially-distanced functions outside, many cornerstone events such as their Haliburton Drum Fest, arts and crafts market or mass yard sale at Head Lake Park haven’t been able to run for two seasons.

“That sidetracked us. It’s like someone changed the deck of cards,” Jones said.

She said the funds will be especially helpful over the next sixth months as they begin to “gear back up” to regular operations. Online programming will continue in some capacity: “everyone loves to talk about art in their pajamas having a coffee,” said Jones.

The Highlands Summer Festival (HSF) will use their $14,000 grant to fund the ongoing costs related to their office and storage space.

“We’ve had two seasons without any shows on the board. We’ve got some operating expenses, there’s rent, there’s heat, there’s hydro, too,” said HSF president Brian Kipping.

2022 will see HSF producing a slate of shows that were planned for 2020. While some, such as “The Sound of Music,” might need to be recast because of ageing cast members, Kipping said he looks forward to being able to gather in person to prepare for the season. In 2020, HSF’s survival was unclear.

“When we looked forward, we couldn’t say with any certainty that we were going to survive financially,” Kipping said. “The grants saved our bacon.”

Many have criticized the Ford government’s treatment of the arts in Ontario since he assumed power in 2018. In 2019, he cut nearly half of funding from the Ontario Music Fund and reduced the Ontario Arts Council’s funding by $10 million.

However, during the COVID-19 pandemic, Queen’s Park funded 140 arts organizations to the tune of $24 million in a one-time COVID-relief grant.

“I would say it’s a little flip-floppy, they take with one hand and give with the other. A consistent approach would be much better,” Jones said. She added she was encouraged by the support of the Trillium Fund, which awards the grants.

Despite a turbulent 18 months, both organizations say the grant will help keep them on track as they, and the rest of Haliburton’s arts community, emerge from the COVID-19 pandemic.

“I really appreciate it,” Kipping said. “The grant from Trillium: that’s substantial.”

An ode to Tom Thomson and his artistic wizardry