Home General News Future of municipal airport at a ‘crossroads’ 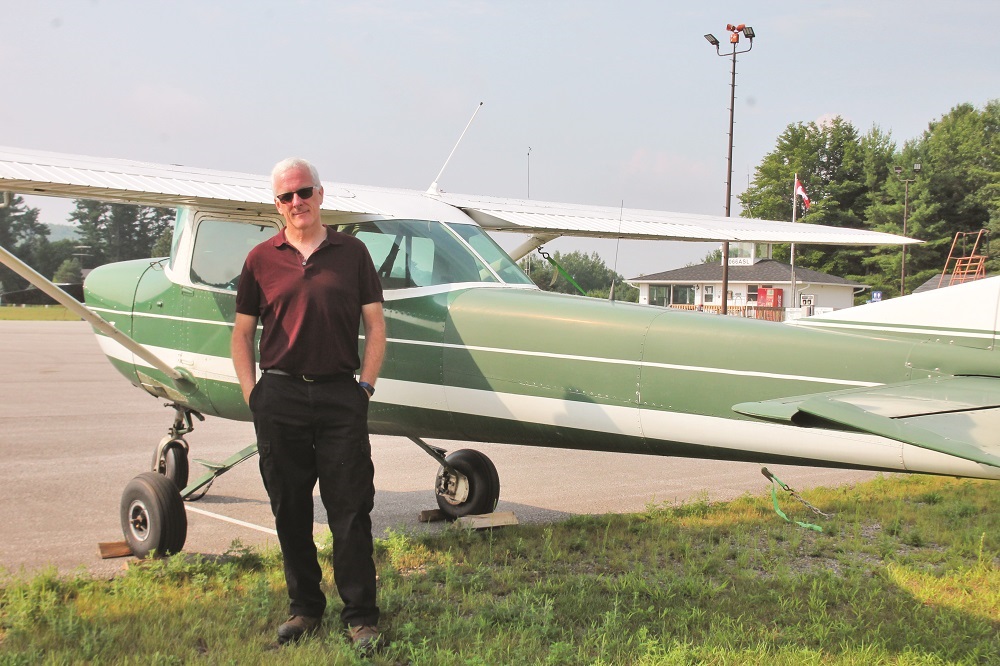 While there was little in the way of tangible developments, Algonquin Highlands council spent another couple of hours discussing the long-term viability of the Stanhope Municipal Airport last week – coming to an agreement that a new, updated plan needed to be devised for the site.

In what has long been one of the most contentious and controversial issues in the municipality, the airport took central stage during a special meeting of council on Sept. 23. Algonquin Highlands CAO Angie Bird had asked council for direction on the facility as part of an overarching look at the township’s infrastructure priorities.

Tentative discussions over a number of big ticket items and projects took place in September of last year, and were revisited in July. It was determined that the airport required special attention given that plans for the site have changed drastically over the past decade.

“We’re here today because we have had a number of deferrals [on this issue]. We need to assess where we are, what the opportunities are, what’s changed externally and internally and what direction we can either continue to take, or [discuss] a different direction to take around items [relating to the airport],” Algonquin Highlands Mayor Carol Moffatt informed council. “Basically, I’d say we’re at a bit of a crossroads.”

The airport first came online in 1967, after the township approved the development of a 2,680 ft. grass runway, apron and taxiways and commissioned the construction of a public building, aviation fuel facilities and a hangar building to store aircraft. In 1989, after receiving funding from the federal and provincial governments, the municipality installed a paved 2,500 ft. runway.

Shortly after the turn of the millennium, in 2001, the council of the day launched a plan to develop a new 4,000 ft long runway after being convinced that the airport served as one of Haliburton County’s “strongest opportunities for increased investment.” Those plans were shelved in 2010, with the proposed runway project coming in for significant criticism from the local community.

In 2014, the municipality commissioned a land use and development plan for the airport. Since then, the municipality has developed a partnership with the Ministry of Natural Resources that saw a new 20,000 sq. ft. forestry firefighting headquarters constructed and the development of a new access road, new hangars and improved taxiways at the facility. The township has also discussed the development of 10 new lots on municipal property adjacent to the new MNR headquarters. In September 2020, municipal staff presented a report highlighting the cost to build a new 1,500 metre square access road to service those lots would run the municipality approximately $100,000. Due to financial difficulties and uncertainties brought on by the COVID-19 pandemic, those plans were shelved.

There is a clear divide among council regarding the airport, with some elected officials believing it to be a significant asset to the community, lobbying for continued investment at the site, and others questioning the benefits of pouring more money into it.

“I’m a little more pro-development and proactive about the airport,” said deputy mayor Liz Danielsen, who spoke in favour of an eventual rekindling of the runway project, and the benefits of carrying out work on the proposed new service road to bring those 10 lots – slated for industrial development – online.

Coun. Jennifer Dailloux is firmly on the other side of the fence.

“I would not feel comfortable putting taxpayers’ money towards further development of that space … until we know for sure if we build it they will come,” Dailloux said, referencing the 10 lots in question. “I think the big thing that was missing from [the 2014] study was the half of the market analysis that is not ‘here are the things you can do’, but are ‘here is what the people want.’ When it comes to the development of the industrial lots, for example, we knew from the study that it was possible to do that, what the study was not mandated to do was to find out if there was a demand for an industrial lot in a space such as our airport.

Referencing the land the municipality owns that was originally intended to house the previously proposed 4,000 ft. long runway, Dailloux said she would be more in favour of using the land for other purposes.

“I do not believe an extended runway is a good idea for the benefit of the taxpayers of Algonquin Highlands. I think there are other ways of using taxpayer money to directly support our community,” Dailloux noted.

Moffatt was quick to clarify that the municipality has no intentions of building a new runway anytime soon – saying there would be no way they could afford such a project. Instead, she is focused on making sure the airport is as viable as it can possibly be right now.

She asked for an update on the cookshack – built at the airport by volunteers a number of years ago. CAO Angie Bird noted the facility had some fire code challenges. She also pointed out the main terminal building required extensive work to ensure it met new accessibility requirements (set to come in by 2025), and that many of the hangars also required attention.

Bird said the municipality may be able to secure federal funding to bring the terminal building up to code.

While discussing the cost of these projects, Dailloux suggested that Algonquin Highlands reach out to the regional council in the hopes it will take on some of the financial burden.

Danielsen suggested that would be a hard sell. Moffatt said she would raise the topic at a future meeting of Haliburton County council. In the meantime, council again delayed making any substantial decisions for the site. Danielsen though was adamant in her belief that the township had a responsibility to make the airport “the best little recreational airport it can be.”

Dailloux immediately retorted, “I would love to see this airport be the best little municipal recreational airport it can be, but not for its own sake. If we’re going to make a go at this, it has to be for the benefit of our township and the taxpayers thar are funding it.