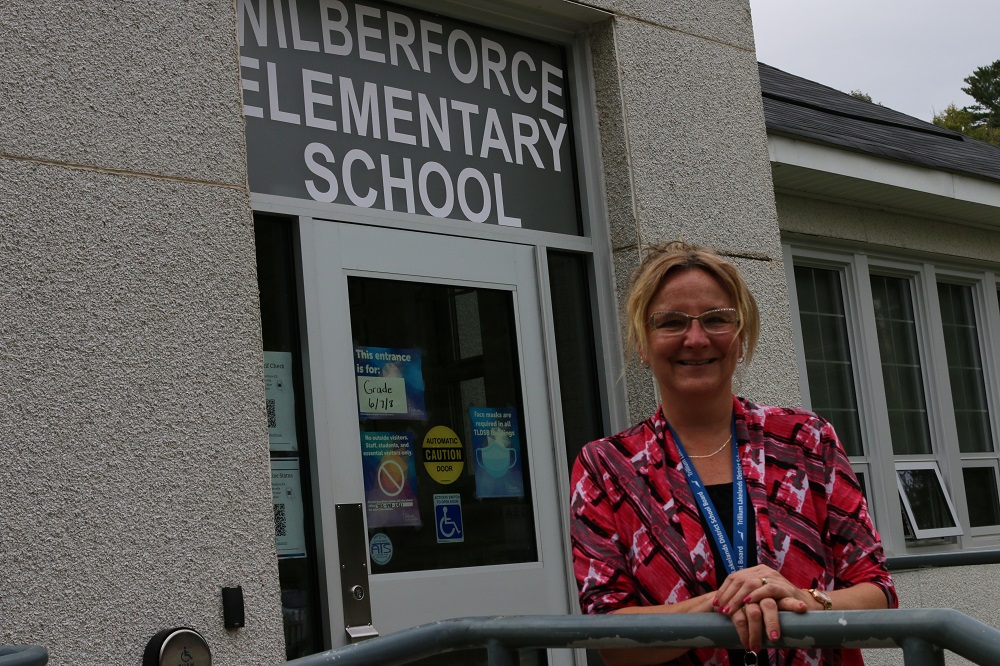 While the position of principal is brand new to her, Barb Davies is in familiar surroundings as she begins her position with Cardiff and Wilberforce elementary schools.

The long-time educator transitioned into the role at the beginning of the new school year, replacing the recently retired Elaine Fournier. Davies said she couldn’t be happier as she begins her dream position.

“I’ve been here basically all my life,” said Davies, who grew up in Wilberforce.

“I went to Cardiff for kindergarten, did Grade 1 to Grade 4 in Wilberforce, and then upper elementary and high school in Haliburton … Aside from my time at Western University in London, I have lived my whole life in the Highlands. My heart and soul are here in Wilberforce, and in Cardiff.”

Davies most recently spent five years as vice-principal in Wilberforce, following a similar stint at J.D. Hodgson elementary school in Haliburton. She has taught every grade at the elementary level over a distinguished career that has spanned more than two decades.

Interacting with students and playing a key role in their development is central to all that Davies does in her new day-to-day role as principal. While she enjoyed her experience in the classroom as a teacher, Davies feels she can make more of a difference in the overall school community as an administrator.

A big part of that, she says, is helping to foster a family-like atmosphere at the two sites.

“We really are like one big family, which I feel makes kids feel accepted and cared for and secure. You really can’t expect success in academics if your kids don’t feel those things first, so that’s particularly important to me,” Davies said. “We look at different needs, and do whatever we can to meet those needs. I believe that all students can learn, be successful … and have happy, positive memories all at the same time.”

To help build that level of community spirit in the classroom, Davies has encouraged teachers to lead “student circles” during morning instruction, giving students the ability to talk, share stories and express their feelings in a caring and accepting environment.

“This helps to create a culture of empathy and equity in our schools, and really strengthens the bonds between students in our classrooms,” Davies said.

That particular exercise has been one of the major benefits of having students back on-site and inside the classroom, Davies says. As well, she’s just enjoyed seeing all the smiling faces, and listening to the buzz generated on the playground during recess.

“I love being back. Kids do better, I feel, in the school. They’re with their friends, and that, I think, makes them happier. It helps their wellbeing and their mental health just being able to connect with their classmates,” Davies said. “There’s a quote that I really like – to reach students’ minds, we must pass through their hearts first. It’s been difficult over the past [18 months] in a mostly online environment. In person is where we, as teachers, as educators are able to make the most impact.”

As Davies looks to the future, she’s excited to relaunch some extracurriculars at the schools, such as youth group and the Grade 8 cooking program.

“This is the start of a whole new year, that is filled with new possibilities,” Davies said.