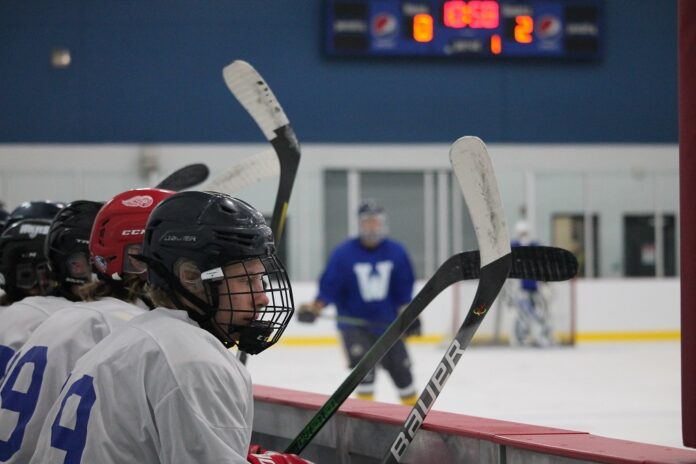 The Haliburton County Huskies will get some insight into club readiness for the upcoming OJHL season when they clash with the Aurora Tigers Sept. 18 in their first exhibition game at the Minden arena.

The Tigers won both of their preseason weekend games against the Stouffville Spirit while the Huskies played their blue versus white intersquad game.

Speaking about the 4:30 p.m. Saturday matchup at the S.G. Nesbitt Memorial Arena, head coach and general manager, Ryan Ramsay said, “it will be a good test to evaluate where we are at as a team.”

Since moving from Whitby, where they were the Fury last season, the team has had about a 50 per cent turnover in players. It’s meant it will take some time to gauge the chemistry between players and finalize lines.

However, 22 of the 23 players that will lace up to start the season have been selected.

“It was a good, close game,” the coach said. He added for the most part the players executed on what they’d been working on all week with the coaching staff. However, he said intersquad games can be tough as players are going up against friends and can let up.

“I’m really excited to get the exhibition schedule underway this weekend.”

The Huskies made a trade Sept. 9 with Cobourg to bring Brad Ditillo on board. He scored two goals in the Blue versus White game. They also bought Jacob Dupuis from the Lindsay Muskies. Two locals, Joe Boice and Ryan Hall, have made the main club. Quinn Meek made the team at rookie camp and also scored a beauty goal. The coach said Bryce Richardson, Patrick Saini and Oliver Tarr also stood out this past Saturday.

The squad has also named Nathan Porter as captain and Tarr and Issac Sooklal assistant captains.

An estimated crow of 160 watched the game. Ramsay said it was a great turnout with capacity at 195 right now. He said fans were excited and had a good time.

He said the ice is improving and spectators need to know that the arena area is cold. The club is continuing to work on its headquarters inside the facility with mainly cosmetics to be finalized. They’re also waiting for the township to finish the gym and canteen areas.

Ramsay said they’d sold 210 season tickets to date and are preparing for Sept. 22 when the vaccine passport will be officially launched. They will split fans between the stands and warm areas. He said observers will be advised of protocols as they become available. 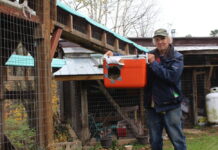 Highland Storm returning to the ice

Huskies close in on first in South/East conference