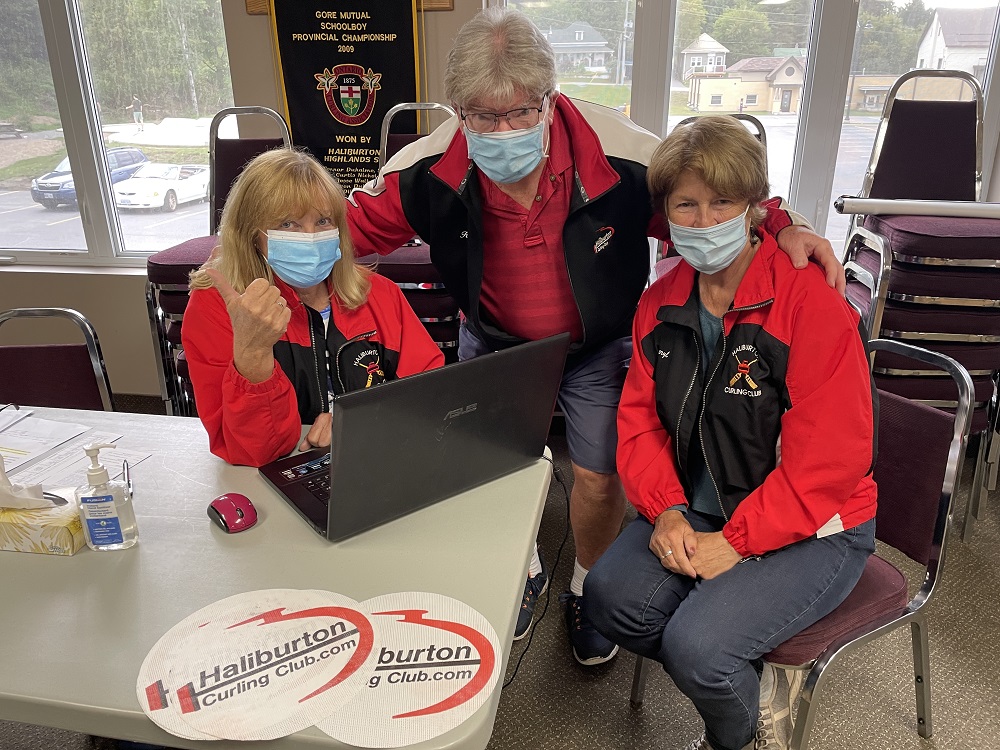 Members of the Haliburton Curling Club are planning to hit the ice Monday, Oct. 4 with Minden and Wilberforce shortly behind.

The Haliburton club was the only one to get on the ice during the 2020-21 curling season, offering some play during a COVID-19 impacted season.

This year, club president Kent Milford said they hope to stage as normal a season as possible with COVID protocols in place: the same ones that will be in force in Minden, Wilberforce, Bancroft and Bobcaygeon.

Even before the province announced its vaccine passport, the Haliburton club’s board of directors voted to make the building a vaccine-only zone.

When signing up online or in-person Sept. 8 and 9, people had to provide proof of vaccination. In addition, there will be health unit requirements for mask wearing and social distancing.

However, Milford said curlers will not have to wear masks on the ice.

He said it was “brutal” playing with masks with players abandoning their eyeglasses to the sidelines because they kept fogging up.

When it comes to other club space, it will be treated like any other inside venue.

The decision means curlers under 12 will not be playing with the club this year.

And while the board has not made a decision, Milford said it is unlikely there will be bonspiels this year.

He anticipates they’ll have more curlers than they did last year but fewer than preCOVID as curlers have gotten older or their circumstances have changed.

“We’ll do okay. We have a healthy and strong club.”

The plan is to operate regular leagues. They will also be offering a mixed social curling night on Fridays in conjunction with the Minden Curling Club. Membership in either club entitles play in the league and it will have flexible attendance similar to Wednesday afternoon pick-up curling. As an added feature this league will have in-person musical entertainment twice per month, once at each location.

Minden Curling Club president Robert Peacock said they did a membership poll and 130 members have indicated they want to curl this season.

That means that barring any provincial government lockdowns, they hope to start Oct. 12 with league play the following week.

They’ll require proof of vaccination to keep their members, who are mostly older, safe, he said.

“We’re looking very optimistic,” Peacock said. “To me, it looks very good. It can only grow.”

Wilberforce Curling Club president, Gord Fitch, said they’ll start their season at the end of October if they can get enough members. He said they have a state-of-theart facility and all of their COVID protocols in place. They just need people to commit to playing.

He said the small club would like between 45-55 members to get underway.

Virtual talk to dive into substance use issues