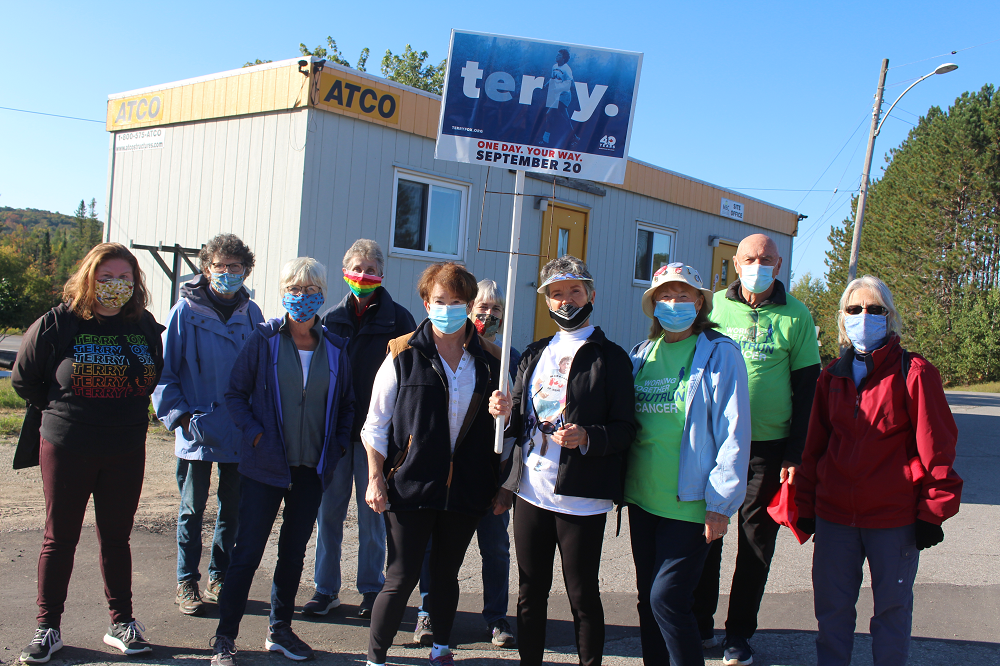 Since 1994, Minden’s Terry Fox run has motivated runners and walkers to raise more than $329,000 for the Terry Fox Foundation and its efforts to cure cancer.

While this year will, again, be a socially distanced and solitary affair, the committee behind the run hopes to motivate fundraisers and new volunteers to ensure the event’s future is just as bright as its past.

“We have people who do it every year. They go around to all their friends and relatives and they collect sponsorship money. They’re proud to wear their Terry Fox shirts. I guess it’s just part of the small town mentality,” said Minden’s Terry Fox committee chair Barb Millington.

This year the run is titled ‘Terry Fox Run. One Day. Your Way.’

Participants still raise money and submit pledges, but can take part wherever they are, for whatever distance they want.

“Terry had to stop his Marathon of Hope 41 years ago when his cancer returned,” said Fred Fox, Terry’s brother, in a foundation press release. “He asked Canadians to keep fundraising for cancer research without him so that his dream of finding a cure would one day be realized, and that is exactly what we need to do.”

Besides this year’s virtual event, Millington is hopeful a new generation of organizers will energize fundraising efforts for future runs.

“The main thing we need to keep things going is someone to look after it, to chair it,” she said. But anyone can volunteer; they need people to fill in for jobs like working the registration table, putting up signs and more.”

Millington has been a volunteer on the committee for 19 years. She said each year she sees the community come together in a special way for the usual 10 kilometre run or walk down Deep Bay Road. “It’s tradition and we’ve been doing it for so many years,” she said.

It’s a tradition she and the rest of the committee intend to keep alive, even through two years of COVID19. For many, it’s also a way to pay tribute to Terry himself, who gave hope to thousands of Canadians through his 5,373 kilometre run, Millington said.

“I think he just captured people’s hearts when he did that.”

To register for the hike visit terryfox.org/ run, and enter Minden, Site 1033 when recording donations.