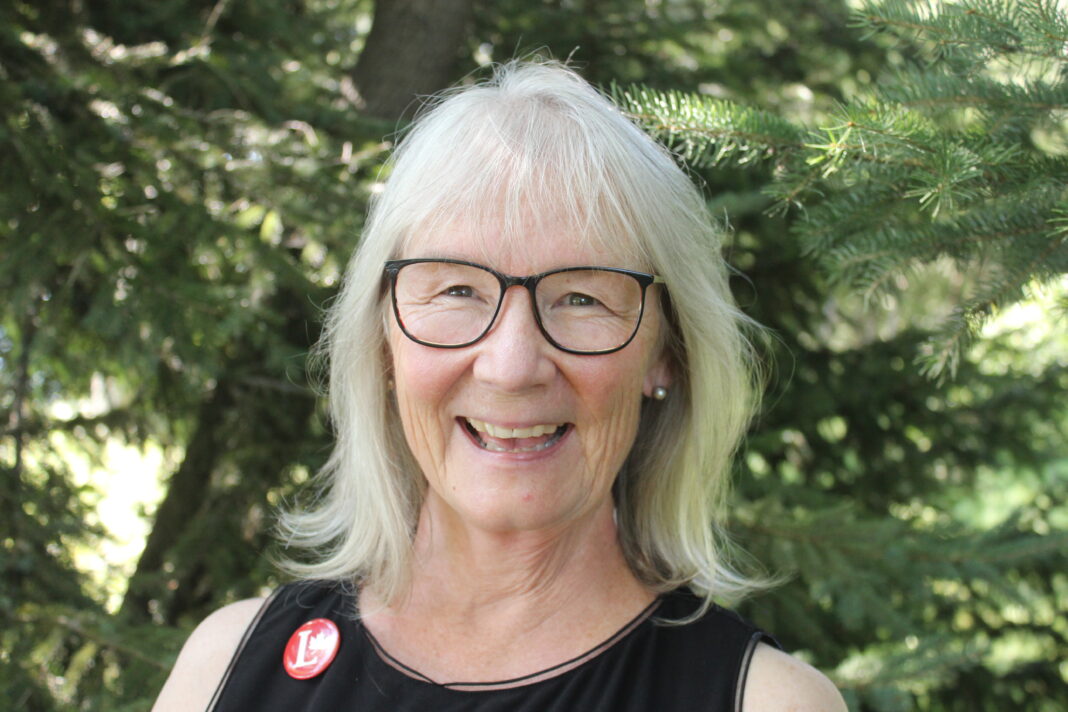 While the party she’s representing called a federal election, Liberal candidate for Haliburton-Kawartha Lakes-Brock, Judi Forbes, didn’t have much notice she’d be hitting the campaign trail.

“It’s been a bit of a whirlwind. I think it’s been that way for all the candidates,” she said.

Despite running in a riding longtime held by the Conservatives, Forbes said she feels confident. “I’ve had a great reception when I’ve been door knocking,” said Forbes, who worked for 30 years in the financial industry and currently owns a bed and breakfast in Beaverton.

She said many people she’s spoken to “know the Liberal government has had their backs through this pandemic.”

Forbes said her party is focusing on housing and rentals, a key issue in Haliburton County.

“Part of that is increasing the supply of housing,” she said. That includes doubling funding for the National Housing Co-Investment to a total of $2.7 billion over four years and a promise to spend $600 million in converting commercial spaces into residential housing.

As a business owner working in hospitality, an industry hit hard by COVID19, Forbes said “small businesses are a focus of mine. I am concerned about our small businesses, a lot of them were closed down during COVID. Large box stores were allowed to stay open which seemed unproductive.”

However, she said party policies such as a reopening subsidy or support program for the tourism sector, covering up to 75 per cent of rental costs until 2022, represents strong support for businesses.

“The Liberal government has been supporting small businesses all along,” she said.

One contentious aspect of the platform is CERB, a program which the Conservative party, among others, claims is partly responsible for difficulties in finding employees as they claim it “penalizes workers for picking up shifts.”

Forbes defended the CERB rollout, saying “the point of this program was to get money into people’s hands who needed it. I think it was hugely successful in doing that,” she said. “Obviously there are people who take advantage of programs, it’s a very, very small minority of folks that would do that.”

Parties such as the NDP have also criticized the Liberal government for its handling of key electoral promises such as a 2015 pledge to end first past the post voting or a commitment to ending boil water advisories in Indigenous communities.

In both cases, Forbes said the issues are far more complex than “sound bites.”

“We have brought clean water to well over 100 indigenous communities. It’s a work in progress, we haven’t finished yet.”

“We need mandatory vaccinations for health workers and education workers,” she said. For Forbes, it’s important to make sure all who work in high-risk areas protect the people they work with, whether elderly, infirm or too young to take the vaccine.

“I have confidence in Dr. Tam and her team when they say vaccinations are safe and absolutely effective.”

For Forbes, the issue is personal. Her mother is living in long-term care and she said “many, many vulnerable citizens passed away from COVID, and it broke my heart.”

The Liberal Party is proposing a new Safe Long Term Care Act and a $9 billion investment in increasing spaces available and the quality of care.

Another flashpoint of the 2021 election has been the rapid resurgence of the Taliban in Afghanistan, a country where more than 40,000 Canadians served in various military and support roles since 2001.

Many say Canada has not been proactive in helping Canadians and those who helped Canadian forces in Afghanistan escape the country.

Forbes rejects that claim: “I’ve been talking to John McKay [counsellor for Canada’s NATO Parliamentary Association] personally about this situation in Afghanistan, because I know so many people are concerned about it. He assured me his team is working incredibly hard to resolve this.”