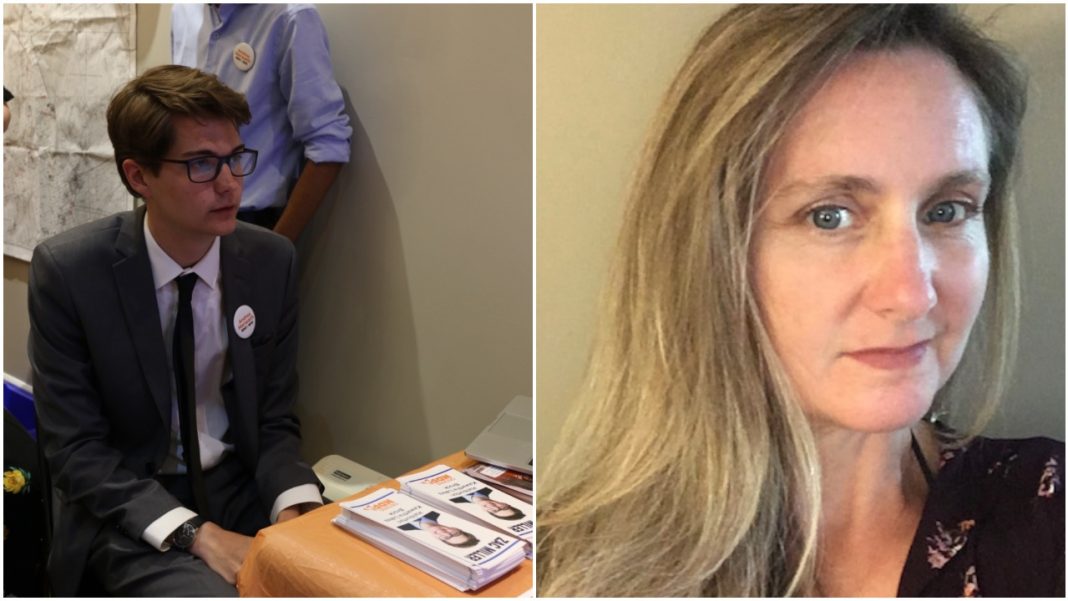 Zac Miller will represent the NDP in the upcoming federal election.

The university student stood for the party in the 2018 provincial election won by sitting Member of Provincial Parliament, Laurie Scott.

Along with the Green party’s Angel Godsoe, the electorate has four candidates to date.

Miller is completing his Masters of Information after already completing a Bachelor or Arts degree in Political Science. He lives in the City of Kawartha Lakes. He has served with the Kawartha Lakes Health Coalition and is vice president of the museum in Lindsay.

Godsoe grew up in the east end of Toronto and served as a legislative page at Queens Park. She now lives on a farm north of Lindsay and is a mother of nine children. She identifies as a parent, farmer and small businessperson. She has never been a political candidate but worked for the Greens’ Elizabeth Fraser during the last federal election.

She further describes herself as a Biblical scholar and believer.

Miller said some of the key local issues for him include: rising debt due to stagnant wages, a need for improved health and long-term care, jobs, housing and recreational activities.

“No longer do we have a generation that sees themselves doing better than their parents but we now have hard-working Canadians looking at the realities of never affording their own homes, buried under massive student debts, and stagnant or shrinking wages with little or no health care or pension benefits,” he said.

He said families want youth to stay close to home but to do that there must be more opportunities for jobs, housing and recreational activities.

“The area was once booming with industry, providing great jobs and resources in the local communities and it could be again with improved infrastructure and a determination to attract new businesses in green technology fields to the area,” he said.

Miller said businesses assess entire communities with a high focus on housing, health care and recreational amenities when looking to locate their new or expanded facilities and he wants to work with local municipalities to address those needs.

Godsoe said working for the Greens in 2019 was “an invigorating learning experience.”

“Our Green presence and platform was well received, thanks to Elizabeth’s exceptional poise and debating skills. When I witnessed the positive feedback from the public and even the camaraderie of the other candidates, I felt the Green’s time to have a strong presence in this County has come.”

She said some of her key beliefs include a need for electoral reform and being better stewards of the planet. She said she’s also interested in international affairs, human rights and immigration.

“I am concerned about equal representation. I believe our government would be much improved and the confidence of the people regained by electoral reform. We’ve got to put First Past the Post in the past.”

“And, the Green Party is the party that will best ensure our future as a species on this planet and facilitate the responsible use of our natural resources.”

She said she also shares the social values of the party: a guaranteed livable income, housing, all aspects of health care, clean water and nutritious, accessible, locally-produced food