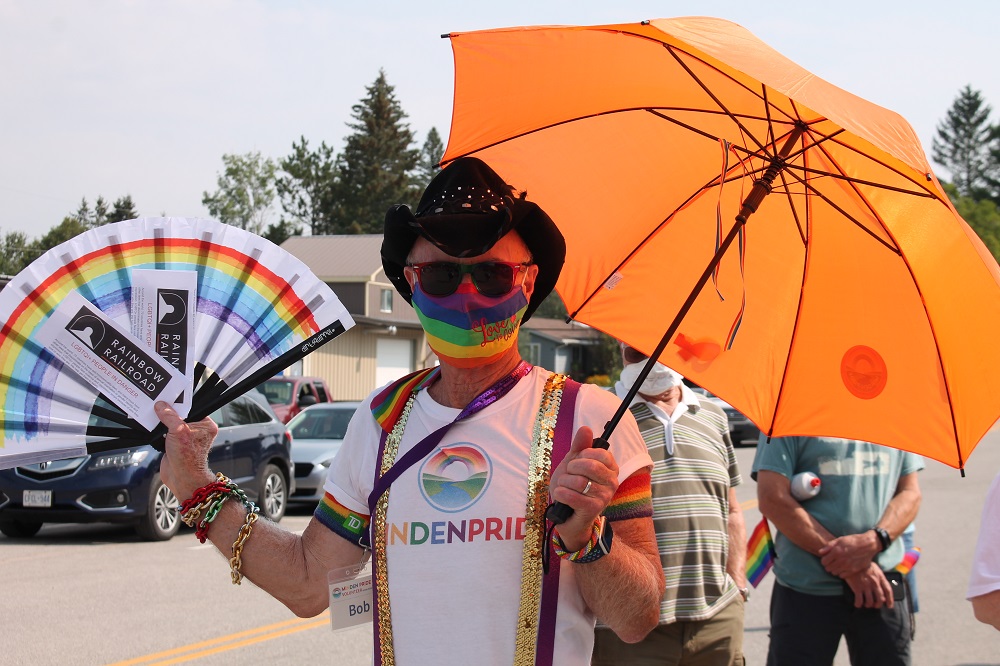 He may not have been there in person, but the spirit of Minden Pride co-founder, Sinclair Russell, has been felt during the first four days of Pride Week in Haliburton County.

He said passing by the rainbow bench overlooking the Gull River, that was placed in honour of the late Russell, he remembers “an imperfect person like the rest of us” who had a dream.

Growing up gay in Minden Hills at a time when the community was not as inclusive as it is today, Russell helped co-found the event six years ago.

Devolin said Russell knew there was a long way to go and was proud of the acceptance that continues to grow.

“Certainly, as I look at the bench across the water I will continue to be reminded of Sinclair and the journey he began. We’ve come a long way, baby.”

The Pride committee will officially dedicate Russell’s bench Aug. 27 at noon. There will also be a video tribute on mindenpride.ca

“For the pride committee, it represented many ideas. We are very proud of all we have accomplished over the past six years, building Minden Pride into one of the largest events in the County.”

“The community support we have gained, the business partnerships we have established and the extent of our reach around the County is nothing short of incredible.”

He said they were also proud of their work advocating for the rights of the LGBTQI+ community. This past year, they petitioned the federal government on Bill C-6 an act to amend the criminal code which would have made conversion therapy illegal.

Pride committee member Bob Fisher, along with the committee, is hoping to raise $10,000 to help a refugee from Afghanistan or another county where their life is being threatened due to their sexuality.