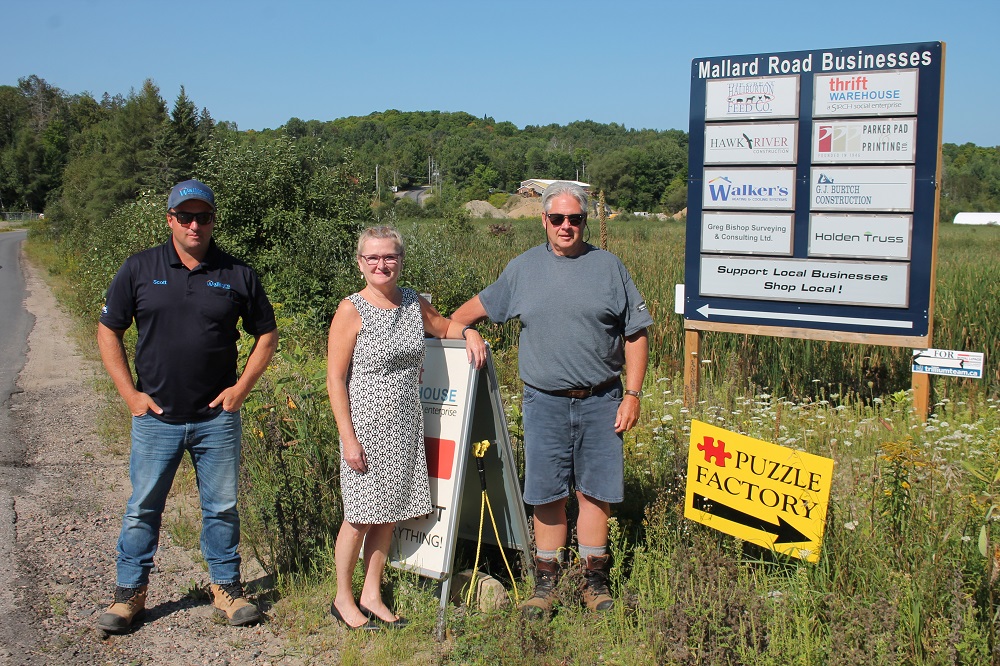 Industrial Park businesses in Haliburton have banded together after a number of recent thefts.

They want a letter signed by council sent to the OPP detachment commander with concerns regarding the recent loss of tools and equipment as well as vandalism. They would like street lighting considered in future township budgets. They would also like the municipality to consider installing a traffic light with a camera at the entrance to the park.

The delegates told council that “over the past few weeks, a number of businesses have lost tools and equipment. They have also lost many hours off the job dealing with the OPP and insurance companies. The loss of vehicle parts deemed the vehicles inoperable. Add to that, delay getting replacement parts, created more lost time on job sites. This all during the busiest season for all contractors and businesses.”

The three said 10 businesses had been directly or indirectly affected.

Tose told council the HCHBA has 57 member businesses and has continued to work throughout the pandemic, making it an economic driver for the County. Petrini added they estimate the park brings in $75 million in revenue with 300-plus employees. Petrini added there are now 28 businesses plus the college and landfill.

“So, it’s a busy area in here.” Petrini said his business was recently robbed, its third since being in the park. He said they had invested in yard lights, cameras, gates and locks.

Neilson said his business has been hit twice in 10 years and has invested $10,000-plus on extra lighting and security at the shop.

The businesses are now looking for a partnership with the municipality and OPP.

Petrini said, “Number one, let’s light the park up, street lights would be a huge asset for us, cameras … on the roads, the other thing is stop lights out there. It’s tough to get in and out. It’s time consuming and perhaps doing all of that at one time might make fiscal sense on your part.” Neilson said the businesses would also like more of an OPP presence.

Mayor Andrea Roberts said if anything is done at the County Road 121 intersection it is County of Haliburton jurisdiction. She added council is planning phase three of the park but not during this term. She said it might be an opportunity to put in streetlights but could be a few years.

Coun. Larry Clarke said there’s a primary entrance and exit to the park, and even a streetlight and camera at Industrial Park Road and Mallard Road would capture most traffic, particularly if there is an incident overnight. He said there could be other less costly, interim, solutions prior to phase three. “I think this is something that has to be dealt with on a very immediate basis.”

Coun. John Smith said they could avoid dealing with the County if they put a camera at Industrial Park Road and Mallard Road.

Coun. Walt McKechnie said, “I definitely want us to look into it as a council, definitely communicate with the OPP and try to come up with some type of solution.”

Petrini said, “We’re looking for solutions, not roadblocks. So, I want everybody to have an open mind. I want us to look at how we can solve the problem, not having to rely on the County for instance or someone else. Let’s do what we can here.” He added they are open to other suggestions.

Meanwhile, the OPP said Aug. 24 that they are investigating a number of thefts from the Industrial Park area, specifically catalytic converters. “These investigations are still ongoing and we encourage anyone with dash cam or video surveillance to contact the OPP. Our detachment has increased patrols in this area in an effort to reduce the number of thefts that are occurring.”

A staff report will come back to a future council meeting.