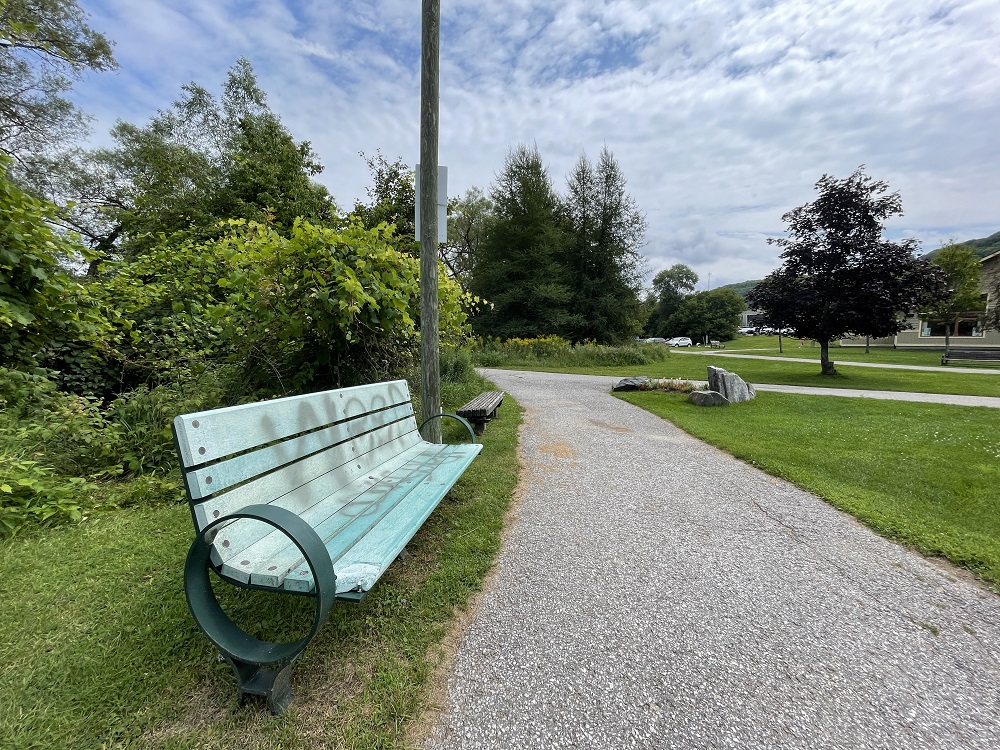 Residents can share their opinion on the cameras and their usage through a threequestion survey on the municipality’s website.

A recent uptick in vandalism around the park, including graffiti scratched onto the Rotary band pavilion, sparked the idea.

“We’re looking at various areas in the park that have received vandalism and not so much positive activity in the last while,” said CAO Tamara Wilbee.

Only certain municipal staff, such as Wilbee, would be able to view the footage.

“This isn’t general surveillance that anyone can access. It’s only accessible by certain staff like myself if there was an incident,” Wilbee said. “It’s not so we can watch everybody. It’s for a very specific service.”

The municipality will also only store surveillance video for seven days, and let people know through signs when cameras are in use. Those policies, as well as public consultation, are mandated through the Municipalities Video Surveillance Policy.

On the survey web page, the municipality claims a lack of video surveillance “makes it more difficult for the municipality and law enforcement to prove what happened in a particular incident, whether that be vandalism, an altercation or someone getting injured.”

Mayor Andrea Roberts said that surveillance could be a good step in apprehending vandals.

“When there is a vandalism report, the first thing the OPP do is ask for our surveillance,” she said. “The OPP are completely in support of this.”

She said reports of vandalism at the park are “disheartening.”

After receiving responses, staff will present the survey’s findings to Dysart et al council. To access the survey, go to dysartetal.ca