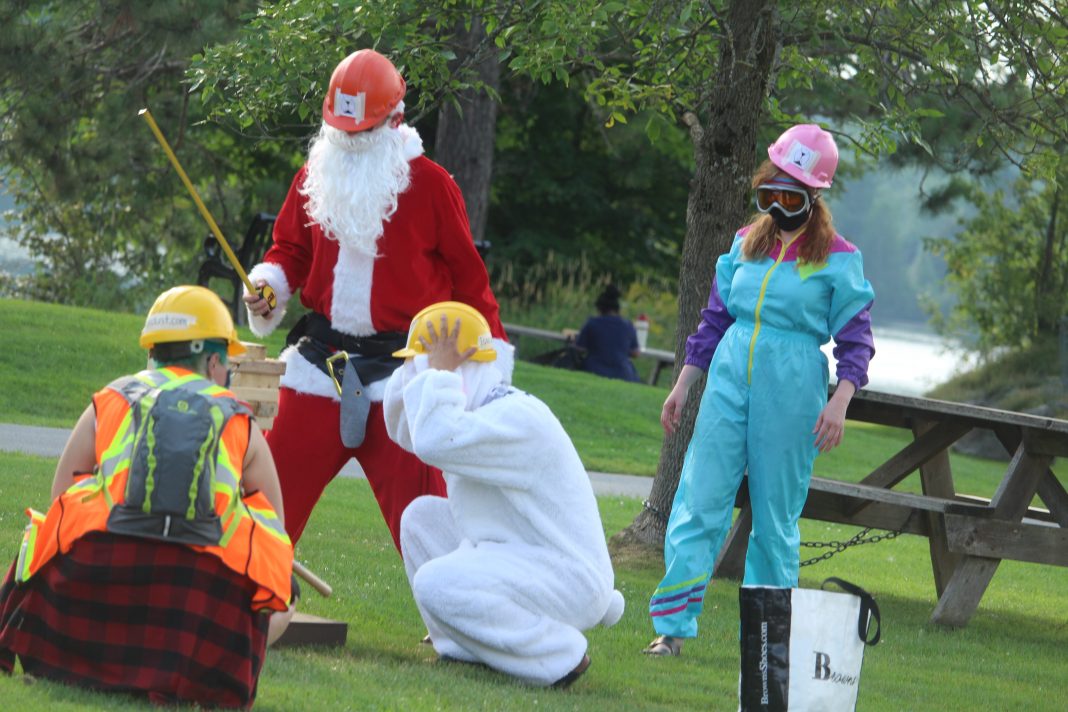 Strange characters have been spotted around Haliburton during August: on the 22nd, they were found playing Jenga at Head Lake Park.

Figures dressed as Santa Claus and the Easter Bunny were joined by three others, all disguised in Sunglasses, at around 5:17 p.m. beside the Haliburton welcome centre.

They then proceeded to set up and play Jenga — a game in which players tap out blocks from a tower without making it fall.

A crowd of about 10 people looked on, some recording the scene with cell phones.

All five sported construction hats with the words “Dust Society” written on them. Throughout the past weeks, those who have seen the crew or spotted strange objects around the County have been invited to report the findings to www.iseedust.com.

According to unconfirmed reports, the website is set to receive an update on August 23rd.

People who have submitted reports recieved the following message: “Your data point has been entered. Thank you for your help with our study. To learn the results, please check www.iseedust.com on August 23rd, 2021.”

Branding on the site, and a linked Instagram page, seems to suggest the Dust Society operates the web domain, and a figure named the “local representative” seems to be an organizer.

The Highlander has been alerted to these strange occurrences through emails from a source who appears to be indirectly linked to the group but wishes to remain anonymous.

Dysart gets dire warning on recycling