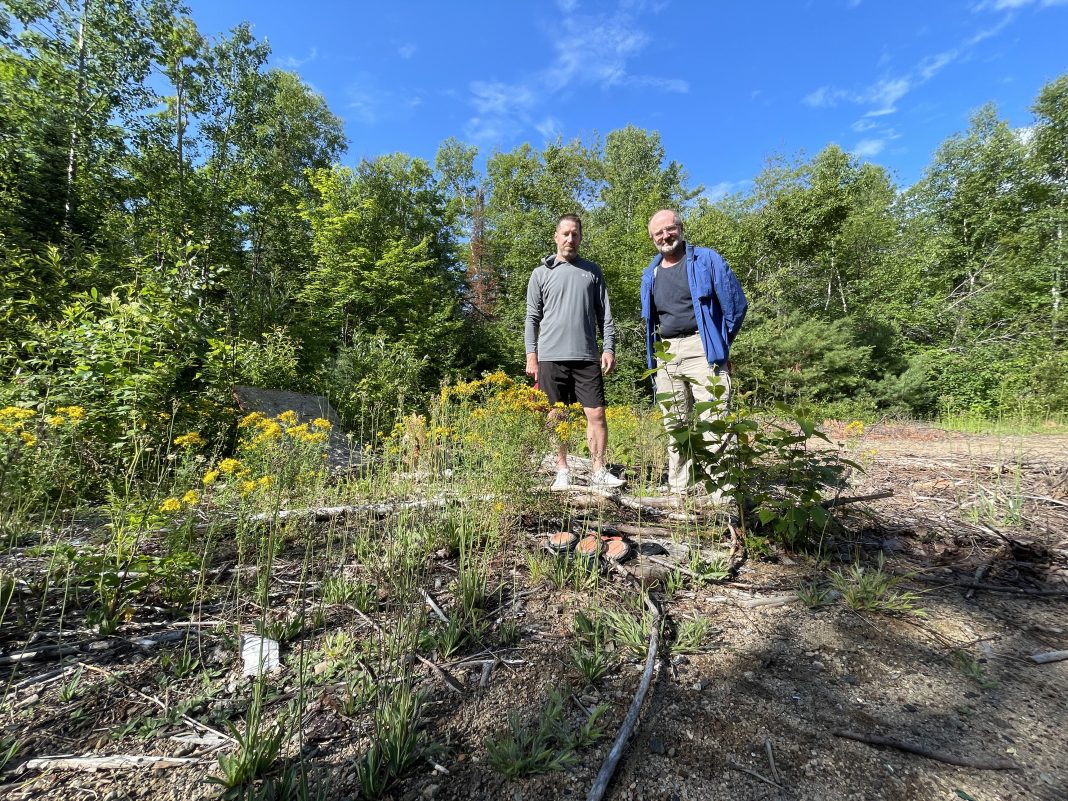 Summer weekends at Koshlong Lake are often punctuated by gunfire.

Even when no one is using the Crown land, hundreds of shotgun shells, metal ammunition casings, clay targets, broken beer bottles and burnt debris remain.

Many who live at the Highlands East lake said it’s an issue that’s getting worse; directly affecting their day-to-day lives.

“That’s the part that scares us,” said Westaway. “We recognize it’s Crown land, and we can’t do anything about that part. But it’s about being respectful of the land and the danger that it creates.”

Margot McDonald, whose cottage is located less than 200-metres from the pit, said the gunfire triggers her husband’s post-traumatic stress disorder.

Once while a friend was canoeing on the lake, a sudden gunshot spooked her dog, causing it to tip the canoe. “We are all traumatized by it,” McDonald said.

“The kids basically get scared — and they don’t want to be here. They want to go home. One individual can have an impact, and take away experiences from dozens and dozens of others.”

“For us, it’s more about the emotional piece that it’s having on our kids,” Westaway said.

Palmer estimates people shoot at the sand pit every other weekend during the summer and, according to him, many nearby residents won’t leave their homes when the shooting occurs. He and others have confronted visitors to the sand pit; asking them to clean up afterwards and reminding them of the residences and lake nearby.

All the residents The Highlander spoke with said they feel as though little has been done about their complaints.

Jolanta Kowalski, a media relations officer for the Ministry of Natural Resources and Forestry (MNRF), said the ministry has responded to “a few complaints over the last several years related to various types of Crown land use.”

While the MNRF has jurisdiction over improper use of the land, such as littering or illegal building, unsafe firearm use is a police matter — no matter where it occurs.

According to Palmer, the OPP have been called multiple times but that has not stopped excessive target practice or littering. If the people shooting have registered their firearm, and are not caught littering, they are not breaking rules, he said.

An OPP spokesperson said “For future instances, I recommend that residents contact police right away (rather than after the fact) so that a thorough investigation can be conducted at that time. This gives officers the best opportunity to identify offenders. If this is an ongoing issue, I also suggest that residents install video surveillance in areas of concern on their property.”

Haliburton-Kawartha Lakes-Brock MPP Laurie Scott declined to be interviewed, but in an email wrote that she is aware of Crown land complaints in Haliburton. She wrote that she encourages people to submit complaints to the MNRF, with reports of firearm-related disturbances or criminal activity to the OPP.

In a letter to County council, Algonquin Highlands Mayor Carol Moffatt said the issue is urgent.

“These are serious and sharply-increasing concerns about public safety due to the amplified growth of incompatible uses of specific Crown land parcels in proximity to private property,” she said.

It was decided that Moffatt and Minden Hills Mayor Brent Devolin will head up an effort to collaborate with the Bancroft and Parry Sound MNRF.

“Maybe effort from a bunch of municipalities across the province might find us the kind of action we need,” Moffatt said. Moffatt said she’s received word that another sand pit, near Livingstone Lake in Algonquin Highlands, has seen tree planting and signage aimed at discouraging use of the pit.

At the Ripple Rock Drive sand pit, Westaway said restricting firearm use during the summer months

could allow people to enjoy the lake without fear.

Gruppe said the spot could be closed from May to late September, which would work for Wanakita’s summer and early fall camping trips.

For now, there’s no clear way forward, said Palmer. He said he’s been trying to contact others across Haliburton County who may also be struggling with the same issues.

“At what point, if it’s really being used a lot, does it become a shooting range?”

Correction: a previous version of this story incorrectly stated it was Margot McDonald’s sister, not friend, who was in a canoe while gunshots were heard.