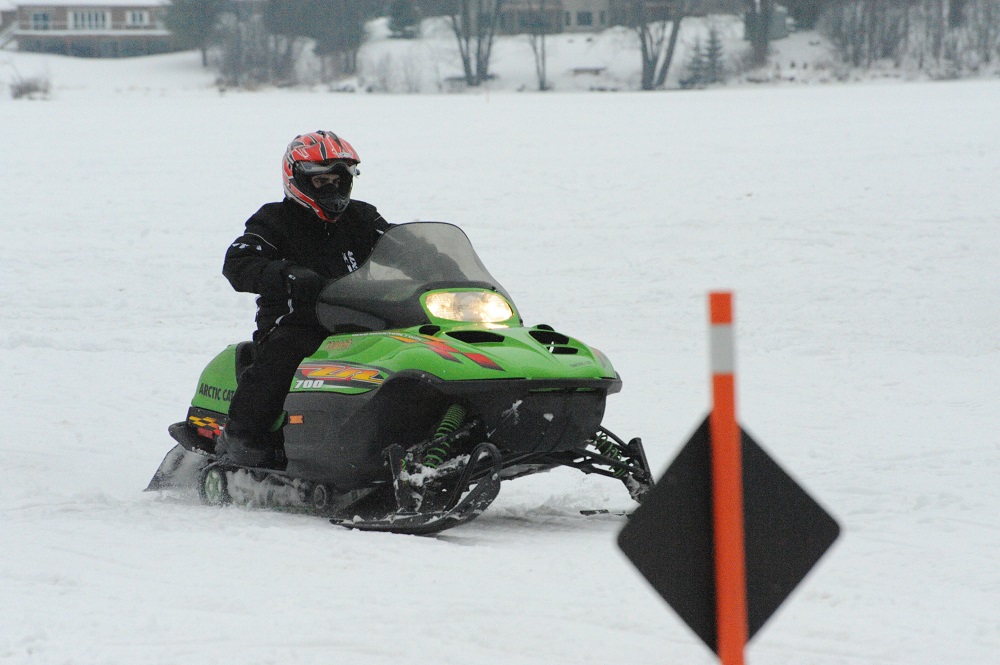 The Haliburton County Snowmobile Association’s (HCSA) 49th annual general meeting turned into a celebration of all things sledding May 29.

It also served as an opportunity for politicians to recognize the considerable economic benefit the activity creates in Haliburton County.

HCSA President Craig Bowker said the 2020-2021 winter “had been a year of exceptional highlights and some association records were broken.”

He also told The Highlander at the end of the season, that “we killed it. The association saw a 17 per cent increase in membership over the winter of 2019- 2020 and delivered more grooming hours compared to previous years. There were also fewer equipment issues.”

“It was awesome,” Enright said. “The snow came late. We had a very strong finish and no January thaw.”

Enright told the AGM the club’s social media presence grew in leaps and bounds. The HCSA website had close to 75,000 visits this season from people looking for updated trail conditions. Followers on the association’s Facebook page grew by 25 per cent year over year.

Other association presentations touched on higher numbers of volunteers turning out for different projects: everything from brushing trails to posting signs to marking lake trails with more than 800 stakes. The Peter Overington Bridge crossing the Beech River had a $54,000 facelift and a portion of the main trail linking Minden to the HCSA’s 370-kilometre network was rerouted. Currently, the HCSA has a bucket list of over more than a dozen trail projects planned for the future.

The awards portion of the meeting saw second vice president Neil Vanderstoop named volunteer of the year for coordinating trail signage and other roles. Cole Finlay was named groomer operator of the year for his work as groomer coordinator. Tom Nicholson and Liz Jesseman received long service awards. Jim Richert and Enright will be inducted into the wall of fame. Many other volunteers were mentioned for their tireless efforts, including: Scott and Sherri Patterson, Marc Benoit, Carrie Reid, Fred Heinzler, Scott Doan, Elmo Lymburner and Christine Webster and family.

County of Haliburton Warden Liz Danielson told association members she appreciated attending the meeting “because of the tremendous contribution that snowmobiling makes to the Haliburton economy. That fact needs to be recognized more often and County council appreciates the work the association does.”

Dysart et al Mayor Andrea Roberts told the HCSA she valued the economic impact of snowmobiling, but asked the association what they were doing to mitigate the effects of climate change within their sport as winters continue to warm. The HCSA promised to respond in the near future.

Dysart et al Deputy Mayor Patrick Kennedy shared good news with the club saying the Haliburton Visitors’ Centre will be open for the coming season providing washrooms and running water. Kennedy also thanked the HCSA for its help in addressing illegal road usage and speeding issues created by some snowmobilers.

Directors for the coming season are: Bowker, Nicholson, Ted Roberts, Finlay, Noah Black, Enright, Margo Ross, Vanderstoop, and Marc Joanis. The directors elected a president and other members of the executive the week of June 7.