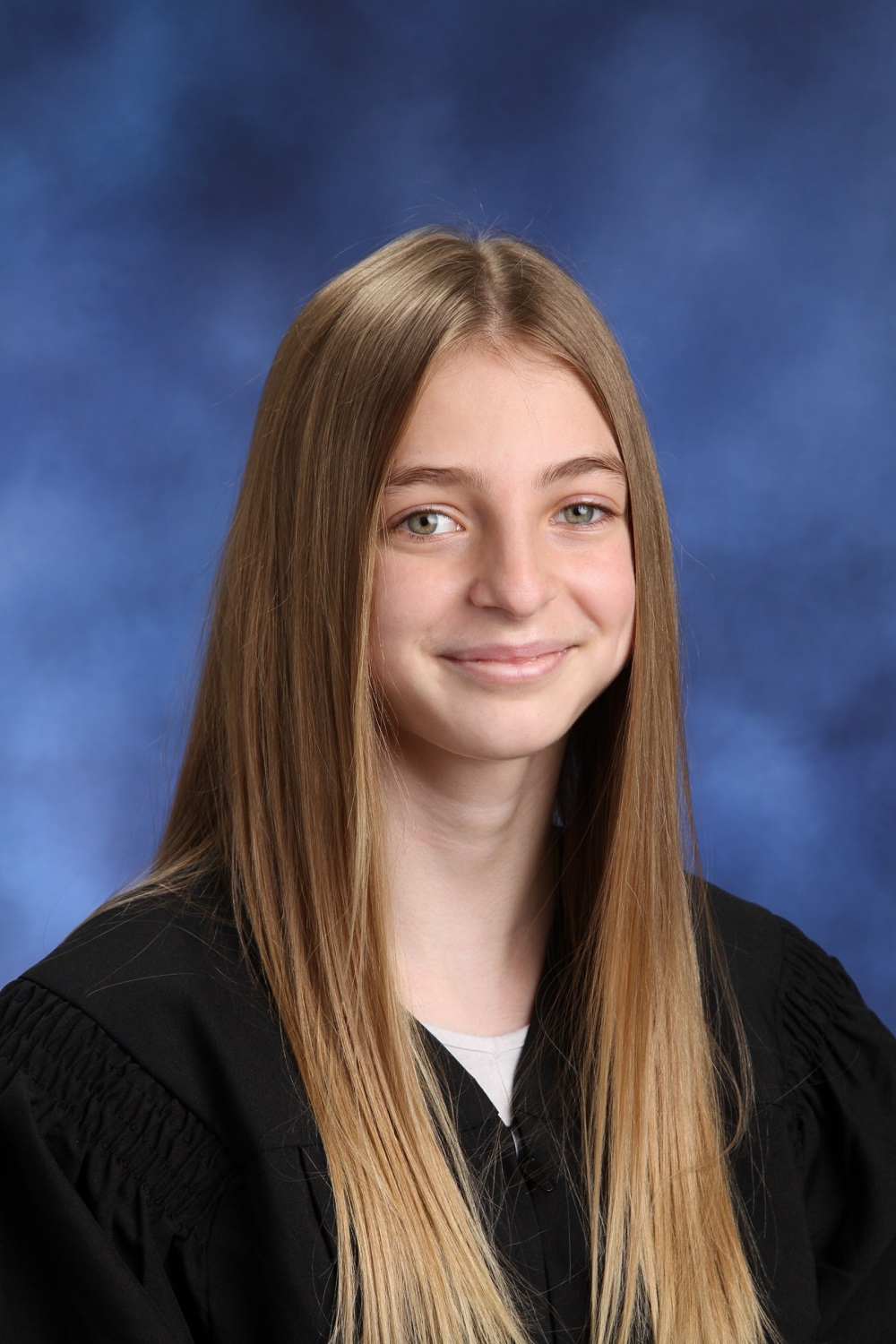 Students at J. Douglas Hodgson Elementary School in Haliburton were treated to a special graduation experience this year. It began with a virtual recorded graduation and awards ceremony posted to the school’s website June 22. Festivities concluded June 23 when grads and guests came to the school one at a time by appointment for a photo-op, to receive their diploma, awards and a gift from the school.

The taped presentation featured addresses by principal David Waito, trustee Gary Brohman, valedictorian Teagan Hamilton and a special message from newly enshrined Haliburton Sports Hall of Fame athlete Taly Williams who also spoke on behalf of his sister Lesley Tashin who will be joining him on the outside wall of the A.J. LaRue Arena.

Waito told students, “Grade 8 graduation is a rite of passage, marking a time when we formally leave one stage of life and enter into another. In our culture, Grade 8 graduation is often regarded as the end of childhood and the beginning of adolescence when our youth take a significant step towards adulthood. This is certainly something to celebrate and so we hope that wherever you are, whoever you are with, that you are celebrating today.”

The principal’s message also directly addressed the disappointment many graduates are feeling about a year truncated by COVID-19.

“I know that this is not likely the Grade 8 year or graduation you imagined it might be. It is OK to be disappointed if you are. I also wish we could celebrate differently together, and there are many things about this pandemic that are just not fair.”

Valedictorian Teaghan Hamilton also spoke of the impact the pandemic has had on the graduating class.

“This past year has been one like no other. We have all lost something to this pandemic, but we have made it so far we can make it to the end. We may not have had the last year of elementary school look the way that we thought it would look but we still managed to have fun while still following all the safety measures.”

Hamilton congratulated all of the JDH graduates saying, “I know this is probably not what you imagined for your Grade 8 graduation … you have all worked so hard to get here. There may have been some times when you never thought you would get here but you did.”

Cheyenne Degeer led the pack with excellence in five subjects followed by Sierra Moore, Parker Pietryszyn and Annabelle Borgdorff who were each recognized in four individual subjects.

The awards were divided into six categories covering the gamut of student strength and abilities, and the following students were announced as winners:

• Citizenship Award for helpful and pleasant individuals who always go beyond what is asked of them – Jackson Titus, Erika Hoare and Beckham Reynolds.

• OPC Award for students who demonstrate outstanding leadership in their class and community – Annabelle Borgdorff and Colby Coumbs.

• Jaguar Spirit Award for demonstrating exceptional resilience and compassion, and effectively bringing people a sense of togetherness during the pandemic – Magnum Moshenko.