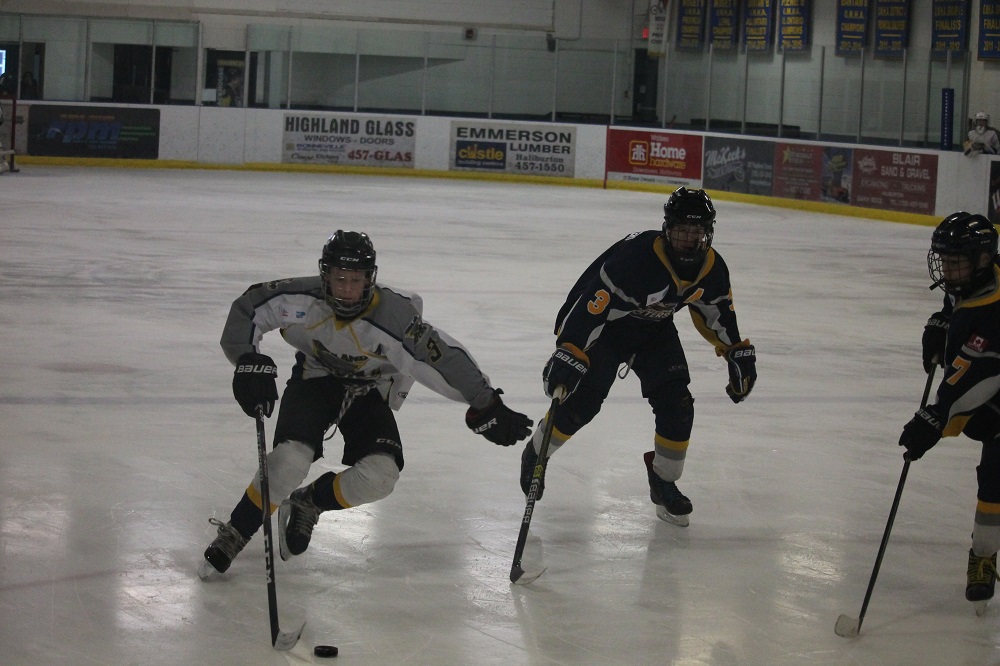 Dysart’s recreation co-ordinator, Andrea Mueller, said the Highland Storm Minor Hockey Association, which had seen registrations decline and taken “a hit” during COVID, told council with a larger than three per cent increase, the Storm “might have to fold the organization.”

But Smith said he’d be reluctant to set a three per cent expectation for 2022.

“Maybe it will need to be more. The reality is that this arena costs a lot of money. And there’s very few people in our community that actually make use of it.”

He said one council objective is the assessment of a recreation complex after a private donation of land across from the Pinestone Resort and Conference Centre.

“But maybe our future has a rec complex across the parking lot [from the township of Dysart offices] where the arena is currently located,”

“It is probably the only facility in town that costs that much money. And when you look at it on a per user basis, because again, registration is down, most of our community is never inside the hockey arena on the ice surface.”

Smith said it’s council’s responsibility to determine how taxpayers’ dollars are allocated and, “whether we’re putting it in the right place.”

He said ice rental fees had not increased since 2018 and if minor hockey and other users can only afford three per cent “our costs are going up more than that. That’s why the facility is costing us over half-a-million.” McKechnie instantly responded.

“To me, that statement is just the kiss of death to a community, if you get rid of the arena.”

He said young families are having a tough time during the pandemic and registering for hockey might not be a priority.

“They’re worried about putting food on the table. We’re going through a really tough time here with this pandemic.” He said to even be thinking about closing the arena is “outrageous. I definitely would 100 per cent not be in favour of that.”

Storm ‘not at risk of folding’

Highland Storm president, Amanda Manning, said the organization thought a three per cent increase was “fair.” However, larger increases would have a direct impact on the association’s bottom line and the cost of registrations, which could affect families’ abilities to sign up.

However, she said “I don’t think we’re at risk of folding.”

She conceded there had been a decrease in registrations over the years, but said it was “slight.” She added that COVID had impacted numbers since the winter of 2020. During COVID, she said they had about 200 players, down from about 250.

The Ontario Minor Hockey Association, of which the Storm is part, announced a first of its kind registration drive June 14, aimed at bringing kids back post-COVID.

“Hockey is as Canadian as maple syrup. It’s in our blood. We never had to market the game before to kids in Ontario. But we recognize it is no longer a given kids are going to play hockey,” OMHA executive director Ian Taylor said.

McKechnie said it might require a community effort to put the spark back into hockey, with himself and other former NHLers helping to market the sport.

“Whether they’re boys and girls, men’s leagues, ladies’ leagues, hockey is a great game. Haliburton’s got a great history here. It just breaks my heart to think that someone would even think about closing our arena.”

He said not many communities make money or break even on arenas. “It’s part of a service that brings people here.

“And that arena has had a lot of great times. Right now, it’s kind of in a bad state. I think a lot has to do with COVID. Hockey has gone down a bit in the last few years. I think that the great hockey players that have been here, Bernie (Nicholls) and Ron (Stackhouse) and Matt (Duchene) and Cody (Hodgson) and an old guy like me, we could do more to try to promote it, get people out playing again. It breaks my heart to think about even closing that arena.”

Not a one-size-fits-all approach