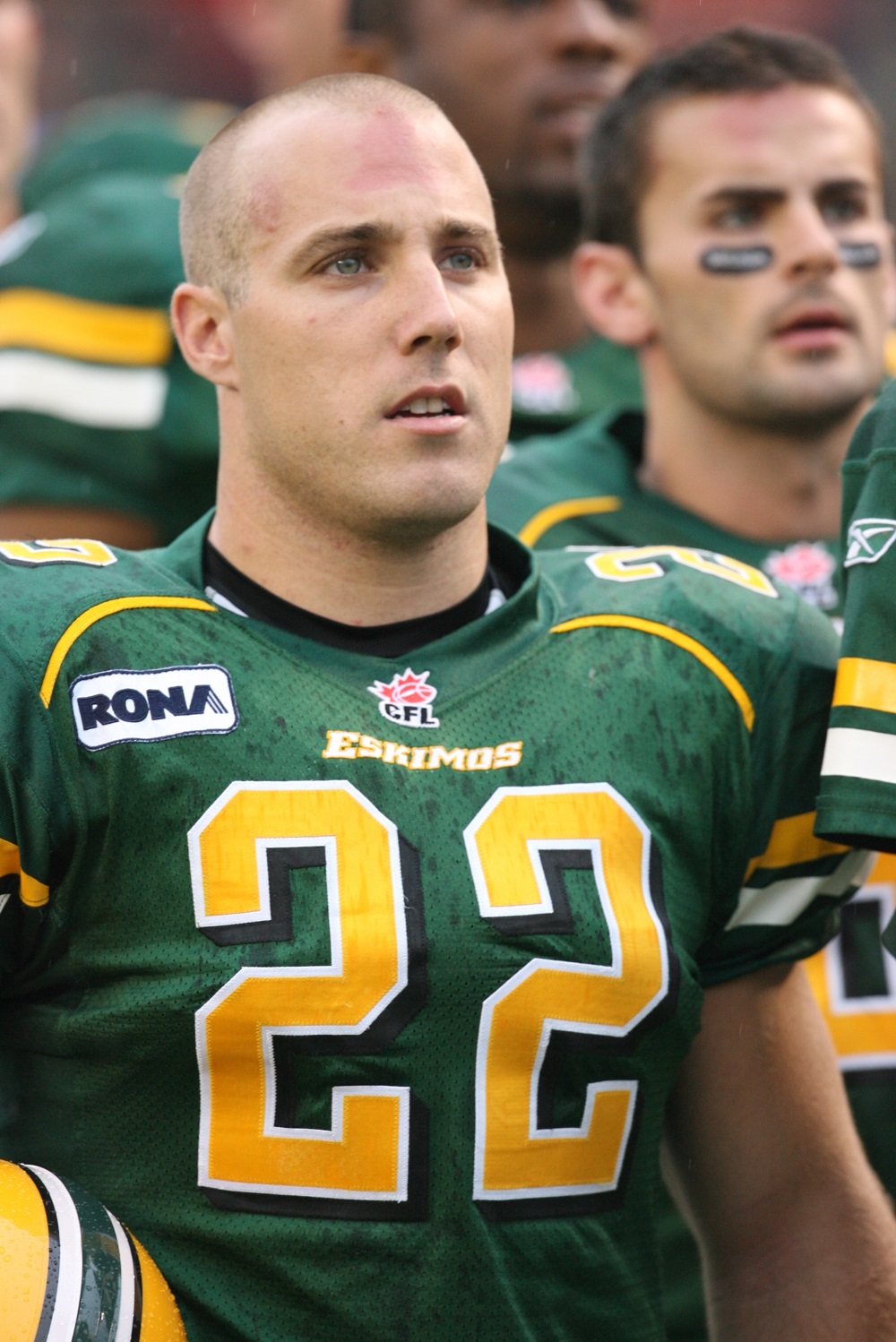 In an interview, he said Haliburton is special to him.

“The people and the community as a whole have played such a big part in my success athletically and who I am today,” the sergeant with the Durham Regional Police added.

“He overcame the perception that he was too small (at 5’8) for football with strength, speed, dedication and a big heart,” they said.

He played for the Red Hawks where he set virtually every school record, including a 379-yard rushing game and a 110-yard punt return in 1995.

At the University of Waterloo, Bradley was starting tailback, earned league MVP, was a finalist for the Hec Creighton Award, and led the Warriors to the Yates Cup. His university football career included school records of 3,773 rushing yards and 41 touchdowns. He won First Team All Canadian twice and was inducted into the university’s hall of fame.

In 2002, he was signed as a free-agent by the then Edmonton Eskimos (the team has been renamed the Edmonton Elks), and given a last-minute invitation to their training camp. He became a fan favourite in Edmonton. In six years with the CFL, Bradley played in two victorious Grey Cup games, 2003 and 2005. He was especially proud to bring the Grey Cup home to Haliburton County, sharing it with friends, family and fans, the hall committee said.

“Initially, I don’t think I even realized how fortunate I was to play in two Grey Cups in my first two seasons, and then return to another Grey Cup later in my career,” Bradley said. “Our Grey Cup win in 2003 was the first championship I’d ever won at any level, in any sport, so it will always be the one I cherish the most and have the fondest memories of.

“Returning to Haliburton with the Grey Cup for a few days was a must for me. It gave me a chance to celebrate the victory with so many of the people that helped get me there, and have them be a part of it.”

Bradley and his family now live in the Oshawa area but have a cottage on Koshlong Lake.

The police officer said there are many similarities between football and policing.

“In policing, we work 12-hour-plus shifts most days, so sometimes it seems like we spend more time with our co-workers than we do our family. The same can be said for football or any high-level sport really. During the season, the time constraints are enormous and not overly family-oriented. So, both in sport and policing, you need an extremely understanding and supportive family to be successful.”

He added there are also highs and lows.

“Both are careers that until you actually play the game or do the job you will never fully understand. In both careers, you do things that most people are not willing to do. You rely heavily on your teammates/ platoon mates for support.

“You quickly realize that the more effectively you work with your teammates / platoon mates the more successful as a whole you will be. We may measure success differently in football such as in wins and losses, where in policing we measure success based on community safety and coming home safely to our families. Regardless, in both venues you tend to be only as good as the person next to you. But both have a sense of camaraderie that unless you are a part of it, you won’t understand it.”