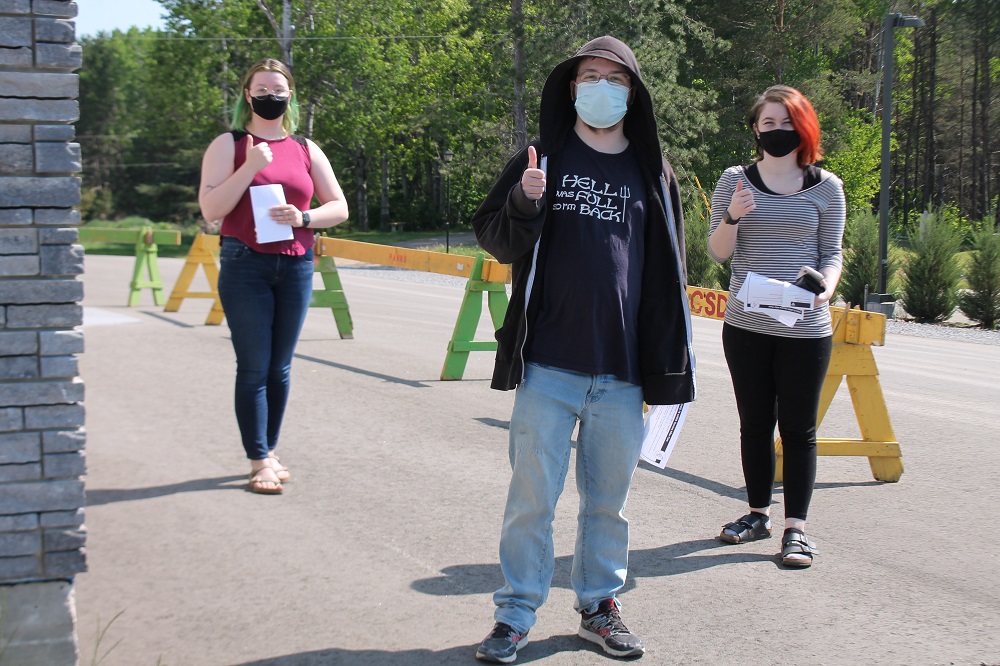 The hospital board’s top doctor said while the County is not completely out of the woods yet when it comes to the pandemic, “everyone is breathing slightly easier.”

Dr. Steve Ferracuti, interim co-chief of staff for the Haliburton Highlands Health Services (HHHS), spoke at the May 28 board meeting.

Discussing a drop in COVID-19 positive cases across the province, combined with increasing vaccination rates, Dr. Ferracuti said, “we are going to be continuing our cautious approach, retaining precautions in patient-facing activities but I think we’re hoping that we can lighten up some of the barriers to a certain extent.”

The doctor said they were relieved that the two County hospitals in Haliburton and Minden avoided having to take in critically-ill patients from other, larger, Ontario hospitals whose intensive care units were overwhelmed with COVID patients.

HHHS CEO Carolyn Plummer said there were only two transfers to a County hospital and both patients had now returned to their home communities.

Dr. Ferracuti said it was something they had “feared.”

“Very thankfully that has not occurred yet and hopefully the current numbers and the increasing vaccination rate will help us avoid that scenario for this pandemic completely.”

Plummer said HHHS remains ready to assist and are prepared to receive patient transfers as needed to help their health system partners, while keeping a close eye on local numbers.

Speaking to County statistics, Dr. Ferracuti referenced assessment centre reports, saying although numbers are dropping locally, virtually all the positive cases in the County have been the UK variant.

During her board report, Plummer said HHHS is planning for reduced COVID-19 restrictions as the province recovers from the third pandemic wave – while remaining cautious. She outlined the province’s roadmap to reopening expected to commence midJune.

“Here at HHHS, we are taking a very cautious approach to restrictions. At the moment, we’re maintaining all of the restrictions that we’ve had in place over the past many months but we are starting to look at some triggers for when me may start to move some of those at least,” she said.

For example, she referenced the separation between the hospitals and long-term care homes. She said they are monitoring staff vaccination rates to determine timing to remove restrictions. She said staff are looking forward to working with each other again.

However, she added, “There is still a lot of concern out there regarding where this pandemic has the potential to go.” She said while trends are positive and they are starting to feel a bit of relief, they are aware of the new variants of concern, including the one that has emerged out of India, and its effect worldwide including a fourth wave in Japan.

Meanwhile, at the Minden COVID clinic June 1, Kyrsten Dove said she felt better after getting her first shot. “I feel like I have protection,” she said.

Steven Gilbert added he got a vaccine as his mother is immunocompromised and works in long term care. As a young child, he said he also dealt with lung issues. “I feel a bit better that I am helping in some way.”