Home Arts HGTV show to ‘strike a balance’ in the Highlands 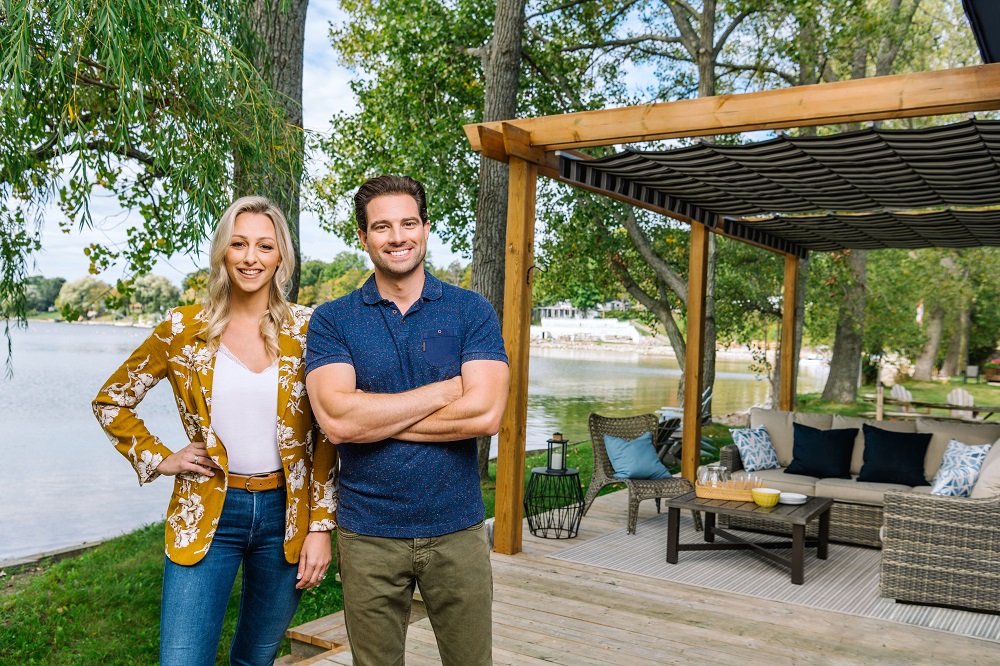 At a time when the County is debating water health and the need to regulate shortterm rentals, HGTV’s Scott McGillivray said his show, Scott’s Vacation House Rules, is trying to strike a delicate balance.

Speaking of season two, which premieres May 16 with episodes in Minden and Gooderham, McGillivray told The Highlander, “we want to help people embrace the area that they’re in. We’re not a show that goes in and says ‘let’s tear this down and build something that’s a 100,000- square-foot mega mansion’. Our show is way more grassroots than that.”

McGillivray, who owns a vacation property in the City of Kawartha Lakes, said they ask people to do their research, understand the local market and what’s appropriate and know the bylaws. He said they do a lot of restoration, not teardowns and rebuilds, with the intent of updating properties to Building Code standards.

“Making sure people are doing the best they can with their properties, never the most extreme, or the worst,” he said.

He acknowledged that there are always challenges with people who live local and visitors, however he said the cottage owners, and local specialists, they worked with were “extremely wonderful. I couldn’t imagine anybody having an issue with what we’re doing.”

In some cases, he said some of the cottages they are preparing for rent have been owned by people forever, who need the rental income to keep it. In addition, he added there are people who don’t want an influx of newcomers and yet are selling properties for $1 million. “There are people on both sides of the coin.”

“It’s hard to decide what’s the right answer. Change is coming and you need to embrace it. Every part of Canada was a small town and it’s grown. Muskoka wasn’t Muskoka 40-50 years ago.”

“We don’t go and do anything that’s going to destroy the environment. We’re not interested in helicopter pads. We’re here to support the local community, be balanced with what we do and be respectful about it and find affordable ways for people to have a slice of that dream, too, that other people get to live all the time.”

McGillivray said the show’s been attracted to the Highlands in part because of his property in the Kawarthas.

“It’s nice to stay close to where I am doing properties. It’s a beautiful area. I think it’s underestimated. There’s a lot of potential here for growth. Some other areas are just saturated and overdone and it’s maybe not quite as difficult to get into.”

He said the show also offers an inspiring message to cottage owners, that “if you’re willing to strike a balance, and do some heavy lifting, roll up your sleeves, plan your design and be your guest and have vision, you can achieve your goals.”

While he could not give much away in advance of the screenings, the host said they have again worked with local contractors and specialists to showcase what the area has to offer.

Preparing the season during the pandemic also offered some curveballs. He said they had to film outside in winter, using tents, and “boy, was it cold.” There were starts and stops with production throughout provincial orders.

“As a team it has been hard, working harder to make everything work, and fewer people doing more work.”

However, he said there are always silver linings.

“We got to meet some extraordinary people. We’ve seen people really refocus on what is truly important and meaningful in their lives. People have been focusing on their vacation properties and getting to their goals faster.”

Season 2 of Scott’s Vacation House Rules, premieres Sunday, May 16 at 10 p.m. The series follows McGillivray and designer Debra Salmoni as they turn rundown cottages into attractive vacation rentals. Minden and Gooderham are featured in the new season.