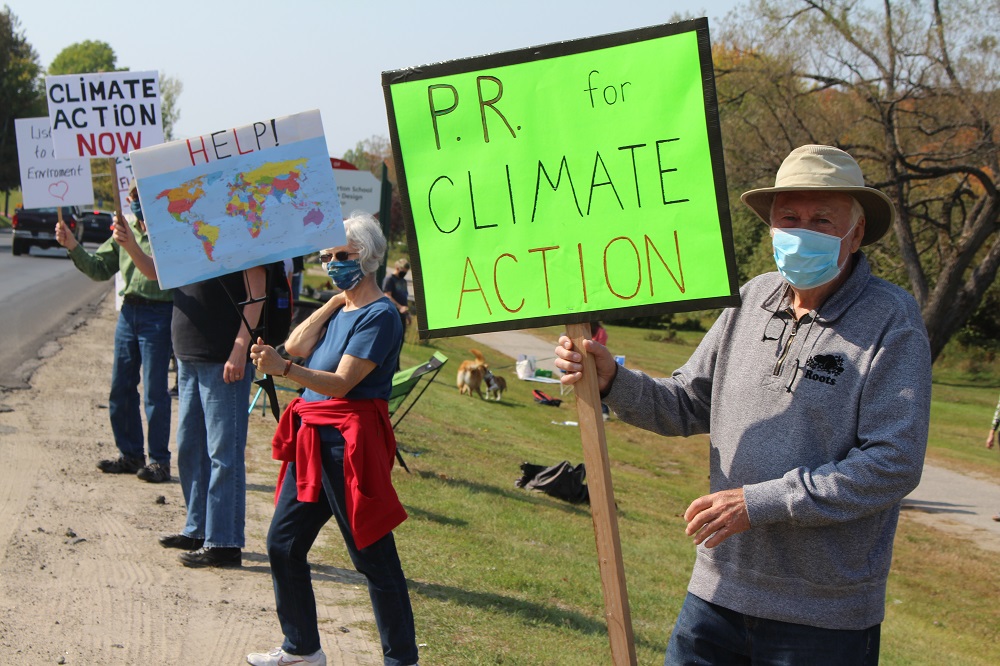 The Haliburton-born organization made its first foray into the public sphere with a presentation on federal environmental policy March 19 in solidarity with the Global Day on Climate Action. But Terry Moore, who helped start SCAN, said it has met for the past year and has aspirations to start chapters across the province.

He said the recent efforts of youth-led movements inspired SCAN. He added the group wanted to aid those youth.

“An active, intergenerational solidarity,” Moore said. “We wanted to support, in whatever way we could, young folks who are trying to move the yardsticks on climate.”

SCAN has yet to launch any formal campaigns. But it has made statements of support for the climate strikes of Fridays of the Future and done critical analysis of federal and provincial policy.

“As seniors, we have borne witness to those empty promises for longer than most,” SCAN said in a March 19 statement. “We are committed to facing the climate emergency and to fight for climate justice.”

Although Moore said they have been meeting for a year, they are cautious about ensuring manageable growth. He said members have focused their efforts on internal development, but they are now looking to expand to become a provincewide organization.

“We’re going to try to approach and ask seniors to get more active in calling for serious climate action,” Moore said.

He said they opted for a senior focus given the ecological footprint that his generation has been part of creating.

“We have a responsibility here as seniors to leave the planet in as good as possible shape as we can,” Moore said. “We have to help leave an environment that’s conducive to young people and having a future like we had.”

The activist also has a prominent role as vice-president of Environment Haliburton!, which co-hosted SCAN’s first public presentation. But he said he wanted an organization that could expand beyond the local scope.

“We can help each other out,” Moore said. “Share resources, share networks and help build a climate change group which has the capacity to actually push for things.”

Moore said they are eyeing opportunities such as the federal election to advocate for policy. He said the membership comes from a variety of different social movements and groups banding together.

“We’re learning from each other and trying to figure out what the best way is to build an organization that encourages seniors to get more active.”