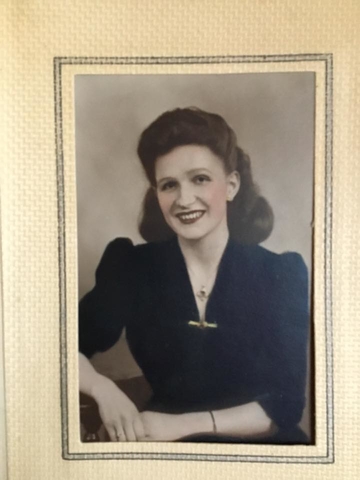 In the 75 years since the war, Canada, and in particular Haliburton County, have seen many changes – changes made possible by the Allies’ victory and the sacrifices of the men and women who joined the cause.

Even without a war, 1939 was an eventful year. Two-thirds of Canada’s population lived below the poverty line. Yet, many people from Haliburton got to Toronto to see the award-winning movie Gone with the Wind. That year we travelled ‘Over the Rainbow’ with Judy Garland. Great movies helped take our thoughts away from the Great Depression. We danced to such songs as ‘Deep Purple’, ‘San Antonio Rose’ and Gene Autry’s ‘South of the Border’. Kate Smith, America’s sweetheart, bellowed ‘God Bless America’ to the whole world.

At the end of the Second World War, Canada was transformed from a struggling colony into an independent nation, no longer to be ignored. Men and women exchanged uniforms for a very changed Canada, and for a changed Haliburton that would change just as much the next decade.

Although Canada was built on the principle of immigration, the arrival of 48,000 war brides and 22,000 children was a strange sight indeed. While Canada was building faster than Britain or the US, there was a serious housing shortage.

Thousands of new married couples, including myself, got down to the business of starting the baby boom. It was 75 years ago and we hadn’t heard of credit cards, instant coffee, ballpoint pens, pantyhose, fast food and countless foods and goodies considered normal today.

Seventy-five years have gone quickly so it is possible only to reflect on a few highlights.

Queen Julianna and her three girls went home to lead The Netherlands through post-war problems. The Netherlands is forever grateful to Canada for liberation and keeping their queen safe.

The United Nations and Human Rights legislation emerged after the Second World War.

To safeguard medical atrocities, as those performed in the war, the Nuremberg Code was adopted in 1946.

Also in this decade, King George VI died and the present Queen Elizabeth became Queen of the Commonwealth.

Summing up his platform in Unity in Equality, Louis St. Laurent became Canada’s new post-war prime minister in 1948. A new vision of world affairs inspired him to be among the architects of the North American Treaty Organization (NATO).

Another young man in Ottawa, who had distinguished himself as a debater and orator in the House of Commons, John Diefenbaker, attended the United Organization meeting in San Francisco, in 1945. He took office as prime minister on June 21, 1957 and on his re-election in 1958 he received the largest majority ever recorded to a federal party. He is best remembered for the Canadian Bill of Rights, emphasizing individual freedoms as well as the Northern Vision.

Also on the scene at the time was another brilliant politician, Lester B. Pearson. He handled negotiations which led to the formation of NATO in 1949. In recognition of his achievements of peace, he was awarded the Nobel Peace Prize in 1957.

Internationally, Canada’s reputation was known as a peaceful nation. They had the know-how to build the atom bomb, but chose to dedicate nuclear knowledge to peaceful purposes. Mr. Pearson became Canada’s prime minister on April 22, 1963. Canada’s first flag-raising was celebrated in 1965.