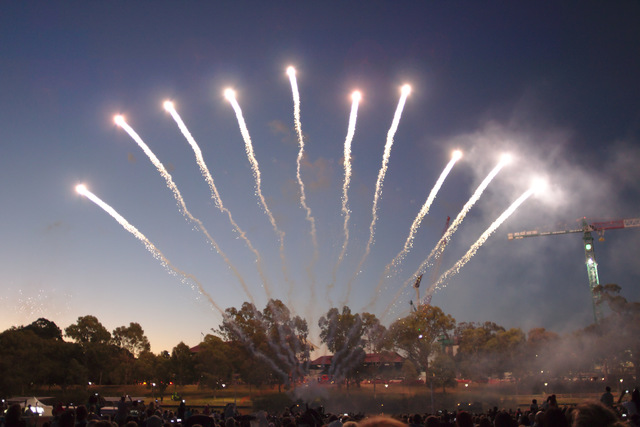 If you live, or cottage, in Algonquin Highlands, the days of free-for-all fireworks are coming to an end.

The township discussed a stand-alone fireworks bylaw at its Aug. 13 meeting. It would restrict usage as has been done in the neighbouring municipalities of Dysart et al, Highlands East and Minden Hills.

Director of building and bylaw enforcement, David Rogers, brought a report to the meeting.

He said as it now stands, fireworks fall under the township’s noise bylaw. He said they are basically banned between midnight and 7 a.m. but can be discharged any day of the year and between 7 a.m. and midnight.

“We’ve been getting more and more requests now – can we bring our bylaw more in line with what is happening in Dysart and Minden, which restricts the discharge of fireworks to certain days of the year,” Rogers said.

“So, both of those bylaws limit to four times a year other than for Canada Day. They allow the weekend before and the weekend after because sometimes Canada Day falls in the middle of the week.”

Rogers said that in the past, they’d received two to three complaints a year. However, if they move to a holiday weekend-only model, they will have to step up enforcement and that comes at a cost.

Rogers added he did not know if it was COVID-related but it had been “an exceptional year … We’ve had numerous complaints from all the lakes this year regarding fireworks.” He added people were even setting them off during fire bans.

Mayor Carol Moffatt said there appeared to be more of an appetite for change than in the past.

“So, there’s been a whole bunch of emails. I have an email file called fireworks and years of complaints in there,” she said.

She acknowledged enforcement would be a challenge and “lots of people will say ‘you’ll never catch me up here’.”

Deputy mayor Liz Danielsen said it would be a deterrent and lawful people would fall into line. She said she was pleased to see the report as she’s had complaints, too.

She said another problem was the impact of fireworks on the environment, including debris in lakes.

Moffatt said they had to consider banning flying lanterns as well.

Coun. Julia Shortreed wanted to know if there had been a reduction in complaints with the changes in other townships.

Rogers said “no, they’re still getting lots of complains … and trying to deal with them as best they can.”

The mayor concluded, “of course, some people think we are being spoil sports and taking all the fun away.”

But Coun. Lisa Barry disagreed, saying, “unfortunately the overuse of fireworks has taken the specialness of them away. You hear them on a Monday night in March. It was inevitable it has come to this.”

Danielsen asked if people would be able to apply for permits for special occasions and Rogers said that would be part of the bylaw coming forward.

Council received the report for information with a bylaw expected to be tabled at a future council meeting.