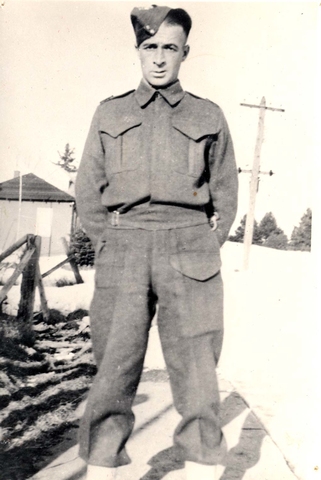 In another part of the world on December 7, 1941, when the Japanese ruthlessly attacked the United States, Canadians were sent to help defend Hong Kong.

One Hong Kong veteran I talked to was angry that he and 1,974 other Canadians were sent as “lambs to the slaughter.” He said, “A million of us could not have held Hong Kong.”

The Canadians were isolated and hopelessly outnumbered without aircraft support, and lacking ammunition fought gallantly for 18 days before being forced to surrender to a life of beatings and starvation.

Looking back, I remember some people did not like the way the government handled the Japanese on the West Coast. My purpose is not to tell you what was right or wrong. It is to present facts and for you to decide what was right. Hong Kong was a disaster, and as Canada assumed the role of a major military power, thousands more were destined to die.

Back to the West Coast and a Japanese Canadian I knew as the Kamloops Kid. He went to Japan as an interpretor and stayed on as a prison guard. As a prison guard, he was guilty of horrendous and despicable war crimes against Canadians. After the war, he was hunted down and captured. He was brought back to Canada and is the only Canadian to ever stand before a tribunal accused of atrocities against fellow Canadians, and he was put to death. His name was Kanao Inouye, but I knew him as the Kamloops Kid.