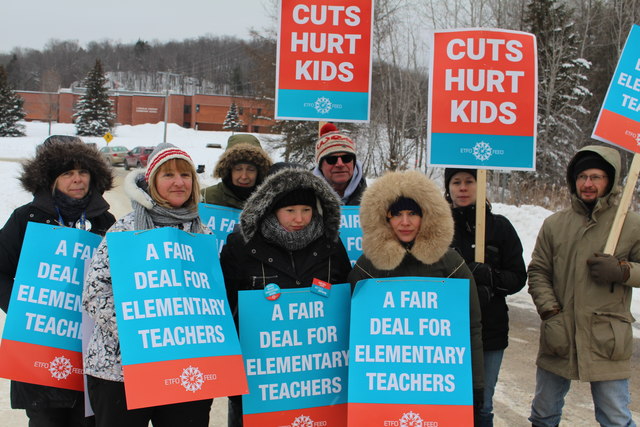 ETFO announced the ratification April 27, with 97 per cent of teachers and 94 per cent of education workers voting in favour of their respective agreements. The union said the deal maintains 100 per cent of a special education fund, preserves the current kindergarten model and ensures there will be no class size increases during the life of the agreement.
The deal comes after a protracted battle between the union and province, which included one-day strikes. Trillium Lakelands District School Board (TLDB) ETFO teacher local representative Karen Bratina said the pandemic helped motivate both sides, but her members are very satisfied by the agreement.

“We’re satisfied with maintaining what we had, and we were also very satisfied with the restoration for the funding of the student support program and also our benefits,” she said. “Those were pretty big pieces.”

“We don’t know whether or not we’ll be able to settle and reach an agreement by the end of this school year,” Bratina said. “But both the TLDSB and local are motivated to continue to negotiate.”


Get The Highlander in your inbox every Thursday

When you give time you get more back