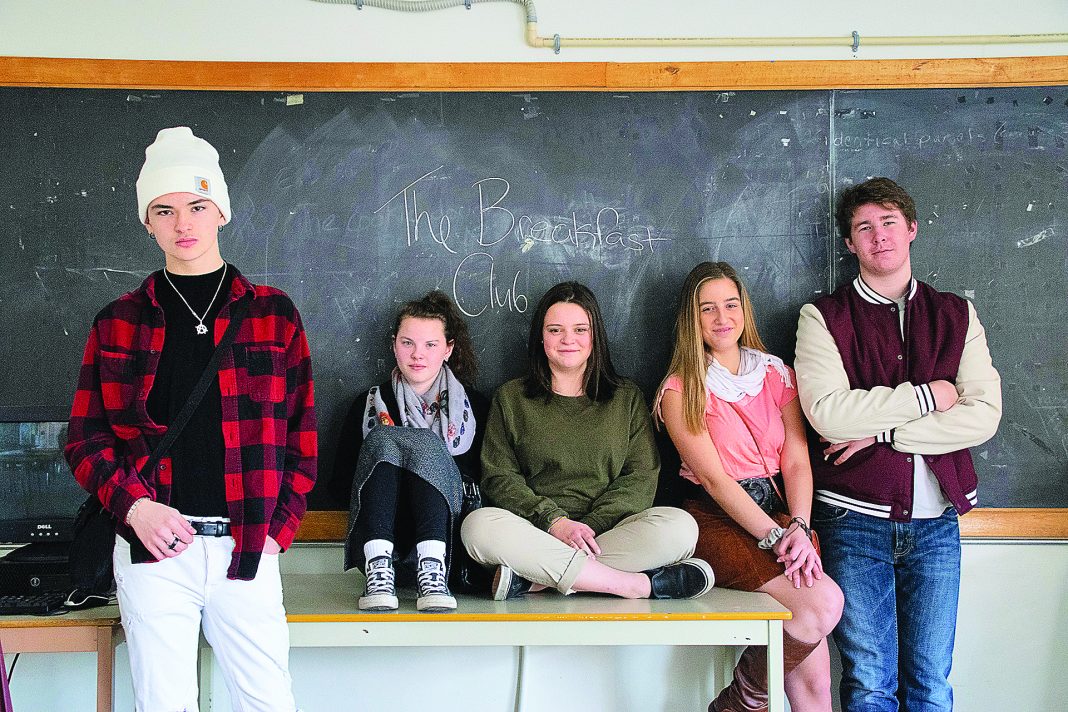 The cast of Haliburton Highlands Secondary School’s drama class production of The Breakfast Club sees their school reflected in the teenage dramedy.

Students will perform a school-made stage adaption of the famed 1985 film Dec. 15-17. The cast spoke to how the narrative’s story about troubled youth in different cliques coming together during one Saturday detention remains relevant.

“It was extremely similar to the way our school functions,” Abigail Kauffeldt, who will be playing a gender-swapped version of the geek Brian Johnson, said. “(Haliburton) seems like this average high school, but there’s so much more than what the public might see.”

Kauffeldt describes a stressful preparation as the class is also readying for another production in January. They will perform The Rocky Horror Picture Show Jan. 12-14.

“It’s been sort of a challenge to struggle between who gets on stage each day,” Dakota Sawyer, who is performing as teenage rebel John Bender, said. But the students said they relish in being part of the dramatic arts.

“You end up connecting with the people,” Trista Greer, playing the popular girl Claire Standish, said. “You can be yourself and it’s a relaxed environment.”

“It’s a lot different than say, Math or English. You just sit there and just stare and
be this person you’re not,” Sawyer said. “In drama, you can be yourself and everyone knows it’s just you. There’s no judgement.”

The show is rated M and will contain some coarse language. It is not recommended for children.

The Breakfast Club will play at the Northern Lights Performing Arts Pavilion at 7 p.m. Dec. 15-17, with an extra 2 p.m. matinée Dec. 15. The Rocky Horror Picture Show will run at the same time Jan. 12-14, with a Jan. 12 matinée. Tickets are $10 and can be purchased at the door or the school’s main office.

“Come and support the youth who enjoy the arts, because it’s what this community is about,” Greer said.

Art market pops up during pandemic