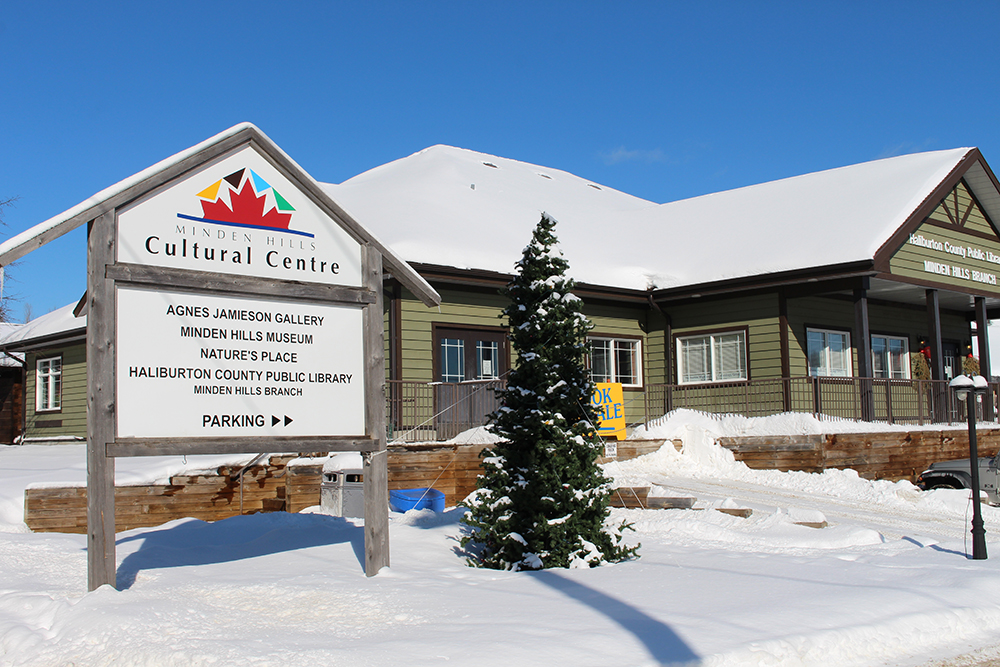 By way of background, Walshe said it was created in 2002 and gained its charitable status in 2004. It raised $45,000 for the expansion of the Agnes Jamieson Gallery and donated $17,000 towards the building of Nature’s Place. She said it had also supported a variety of arts, artists and events over a 10-year period.

However, it waned and it wasn’t until 2015 that Brezina held a meeting to see if there was any interest in reviving the foundation. In 2016, there were only four board members left, Jim Mitchell, Sue Tiffin, Walshe and Brezina.

Walsh said she, Mitchell and Tiffin rewrote the objectives of the foundation to restrict financial benefits only to the cultural centre. She said a foundation has many other benefits than simply raising money, including: that it can apply for grants that the cultural centre, being owned by the township, can’t; can issue tax receipts for qualified contributions; can apply for special event liquor licences; can run popular events such as Fire & Ice and can support special programs.

The problem, she said, is they were left with an approximate $700 debt which has been paid off personally by Mitchell and Walshe, “who hope to be paid back some day.” The other issue is insurance. She said they won’t operate without it, but insurance for directors and operators and event insurance is about $1,000 a year.

“Do we move forward of close the foundation?” she asked councillors.

For it to continue, she asked council for a loan of $2,500 which they would aim to pay back starting in 2021 but earlier if possible. Their ask included approximately $1,000 for insurance; approximately $150 for accounting fees, “more if audited which would allow for the Foundation to apply for grants” and  approximately $150 annual web domain site. Walshe said the balance would be used as seed money for fundraising.

Walshe said the aims of the current board are to: expand the organization; plan and execute a minimum of three fundraising events in 2020; and by the end of 2020 be able to pay their annual expenses and contribute financially to the cultural centre.

Mayor Brent Devolin said he’d like a report back from staff on the “shape and form it could be done … whether it’s a loan or a grant. What our options are.” He said they could then have a subsequent discussion at the council table.

Coun. Pam Sayne said she thought council supported the Foundation and would like to see faster action via pre-approval.  However, Devolin said he didn’t like pre-approving without having all of the information.

CAO and treasurer Lorrie Blanchard said she’d have to do some research about the $2,500 in financing.

Coun. Bob Carter said he also wanted to hear from staff as to how the foundation would work with the township.

Art becomes ‘yoga for the mind’ in pandemic