Dozens of students took the stage to sing, dance, act and even balance brooms in front of their families and other community members. The show was themed around friendship.

French immersion teacher Elizabeth Gordon said the school wanted to do another performance for the community after the success of its Honk Jr. musical in June.

“We wanted to give them another chance to shine on the stage and keep the high energy in the community,” Gordon said.

The acts came quickly throughout the hour-long show, featuring a range of both solo and group performances. Student Annabelle Borgdorff performed “Umbrella,” by Rihanna, complete with rain boots and an umbrella. She said she was nervous preparing but that changed once she got on stage.

“I am less nervous on stage in front of a whole bunch of people. So, I love performing, it just makes me really happy,” she said. “I love having people see what I can do.”

Freyja Neimann Rowe performed a dance routine alongside Ella Gervais and said it was a fun show to be part of.

“I like performing with my friends and being in front of a bunch of people,” Rowe said. The show finished with all of the acts taking to the stage for a big group dance.

Gordon said the students were eager to put on the show, displaying talents they practice outside of a school setting. That made the event easier to put on compared to a rehearsed musical.

“It just creates an excitement,” Gordon said. “I think doing some things through their schools helps them shine.

“We had an amazing audience turnout and the kids were high energy the whole time and performed the best I’ve ever seen them,” she added.

Doc(k) Day gets highest turnout ever at eighth festival 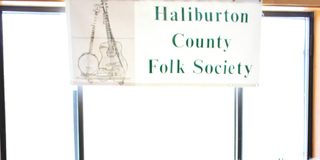 A night out while staying in