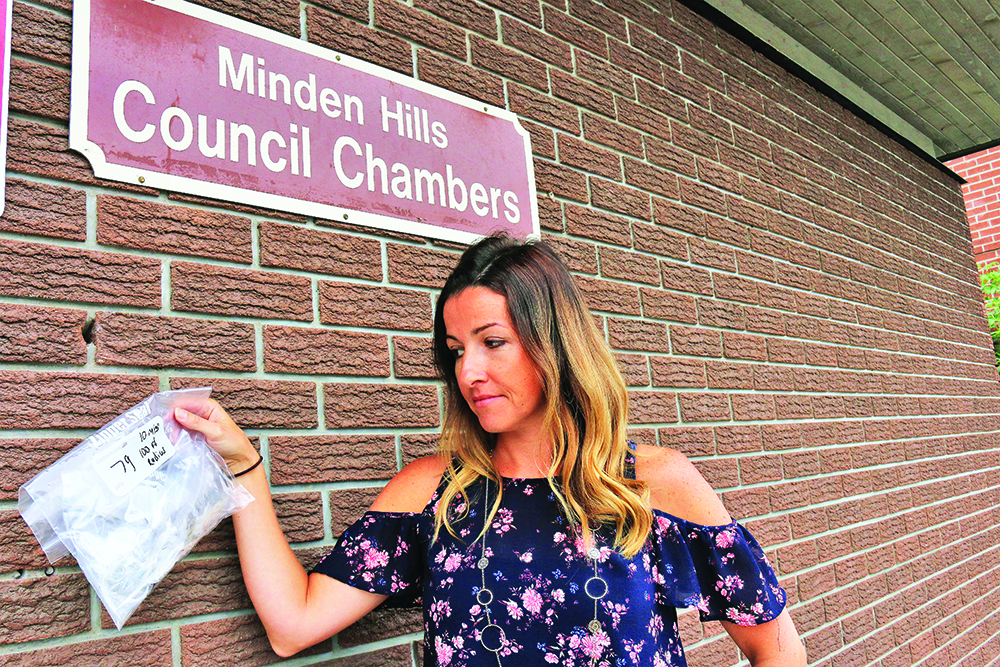 When Minden Hills council declared war on the Scotch Line landfill seagulls last year, they threw more than $30,000 at the problem.

While staff say the township has seen “a significant decrease” in the Ring Billed Gull population, that isn’t the experience of the Mountain Lake Property Owners Association.

Spokeswoman Kym Hanson said there’s been an “improvement” but not as much as she would have hoped.

She said she was planning to make a delegation to council later this month “to see if there are any further changes they can make at the landfill.”

Minden Hills director of public works Travis Wilson presented a report on the issue to council Aug. 29, in which he said it does not appear the problem is related to seagulls at the landfill.

On Sept. 13, 2018, council single sourced Rentokil Steritech to do seagull mitigation at Scotch Line and in outlying areas. The initial proposal from Rentokil was for one year of service. Wilson said with the work starting in the early fall, Rentokil didn’t have adequate knowledge of the seagull breeding characteristics of our area, and it was believed that the seagulls were nesting near the landfill. However, he said it was determined this spring that the targeted Ring Billed Gulls do not nest in this area. He said Rentokil now believes the majority of the seagull population throughout the summer are primarily migrators with newly-fledged birds – that travel the Atlantic fly path and are mostly headed to the Niagara River for the winter.

He said they cover household waste at Scotch Line on a daily basis, which exceeds requirements under the ECA, which requires weekly cover. Staff are also recommending buying steel plates for cover in the 2020 budget. Staff are working on final cover of areas not being landfilled anymore.

“Any seagull mitigation program is not a one solution for every scenario. Every area is unique and requires adjustments as the service provider gathers more information regarding the bird’s behaviour,” Wilson said in a written report.

He said the plan going forward includes a major change to minimal operations in the spring, with a larger focus in late summer and early fall using falcons and hawks to ward off the gulls.

Staff recommended renewing the contract with Rentokil Steritech for another term, saying “this form of mitigation program can take up to three years before substantial change is realized.”

During a discussion at last Thursday’s regular council meeting, Wilson said numbers had decreased. He said a year ago, there were 1000-plus gulls and now the worst day will see about 300, with an average of 160-220.

Mayor Brent Devolin said he goes to the dump once a week and the “summer permanent population is many orders of magnitude less.”

Deputy mayor Lisa Schell said she’s also noticed a “drastic” reduction. “Council and staff are doing everything they possibly can to make strides with this.” She said she understands that residents of Mountain Lake still think there is a correlation between the seagulls at the landfill and the lake despite the contractor’s findings.

Coun. Jean Neville said seagulls aren’t just at the landfill and on Mountain Lake, but Lake Kashagawigamog, too. “I don’t think people appreciate what has gone into this project. I’m sure it adds up to quite a bit of money,” she said.

Coun. Bob Carter said they are still getting complaints from Mountain Lake cottagers and wondered if the township would have to do battle with gulls “for ever and ever, Amen” and “are we fighting a losing battle?”

Wilson reiterated there’d been a significant gain on last year and that the contractor said it can take three years to make a real difference.

Devolin said “the reality is we’re not in control over all of this. We can’t take the sole responsibility. We’re getting close to the end of our responsibility to the public.”