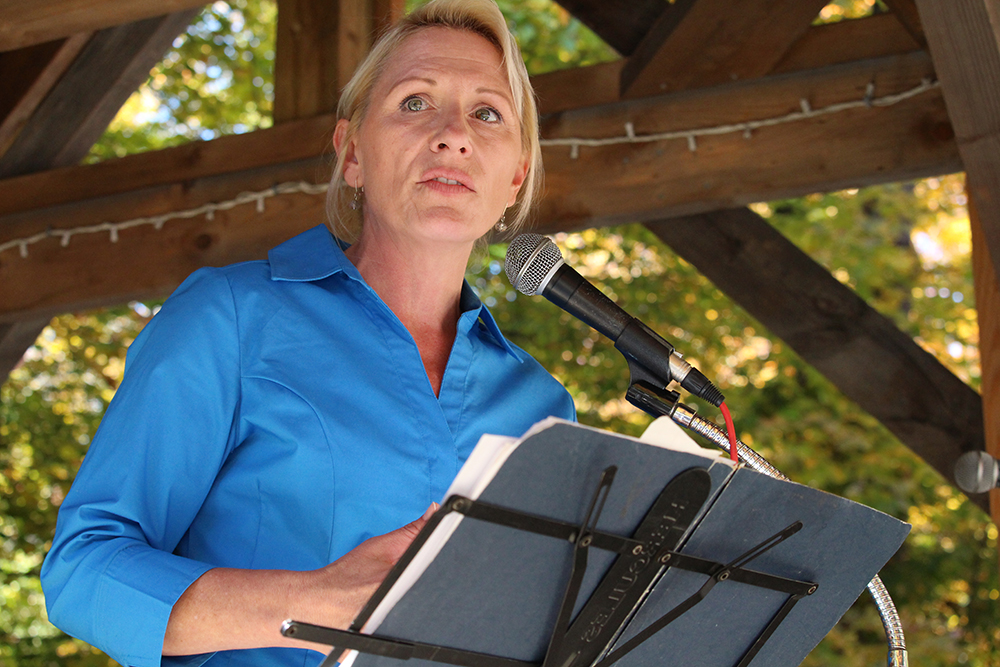 Another season of the “Telling our Stories” speaker series gets underway Sept. 11. The series, presented by Yours Outdoors, continues to offer a wide variety of fascinating, eclectic tales of adventure travel, music, nature, politics and life, said its co-founders, Sean Pennylegion and Barrie Martin, in a press release.

“It is hard to believe we are in our fourth year,” said Pennylegion. “We have heard so many great stories – from travels in Iceland and Africa to adventures as a radio host in the 60’s to the politics of Queen’s Park. I think it is the diversity of topics that appeal to those who attend.”

The fourth series starts with a presentation by Brigitte Gall called “Piece by Piece. A Talk on How Not to Worry About How Things Should Fit.”

“What do you do when you graduate from high school with a 64 English average? Well, in Brigitte’s case, you travel the world, entertain the masses, start a family and then start a jigsaw company, of course! Brigitte will, as always, have you in stitches,” the release stated.

October’s offering (Oct. 9), “Bloodsuckers,” includes a talk by Mateus Pepinelli called “Flies We Despise” and another by Kevin Anderson called “Worms that Suck.” They will focus on two groups of bloodsuckers that are abundant across Canada: black flies and leeches, describing both their bad reputations, as well as the benefits they provide to humans.

On Nov. 13, Ted Barris returns with a new story and new book. “Rush to Danger: Medics in the Line of Fire” offers a powerful anecdotal account of how the science of saving lives in battle has evolved from the US Civil War through two world wars and into the 21st century.

“Not only has Ted retraced his father Ted Barris’ wartime experience in his new book, but he has also drawn from his library of interviews and research of military medical personnel to show stories of those who chose to rush to danger,” said Pennylegion and Martin.

“Sean and I are having great fun researching and recruiting possible speakers and we have some exciting prospects in the works for the rest of the series,” said Martin, owner/ operator of Yours Outdoors.

The Telling our Stories speaker series happens on the second Wednesday of every month at the Haliburton Highlands Outdoors Association Fish Hatchery. The cost is $10/person, a portion of which is donated to a local environmental/ conservation organization. For more information or to reserve a seat call 705-754-3436 or 705-457-7557 (cell) or visit yoursoutdoors.ca (see calendar)