Barb Hammond, organizer of the Haliburton Outboard Powerboat races, said she brought the races here because she remembers going to them as a kid.

“They used to boat race I think in the 70’s,” she said. “As a kid I can remember them coming to Haliburton Lake and the noise of the boats.”

This is the fifth year the Toronto Outboard Racing Club is bringing a race to Head Lake and Hammond’s seventh year as a member of the club.

She said the lake is a great spot to host the event because it has perfect conditions for racing.

“Haliburton is a fabulous venue because with this type of boat racing it’s important that the water be calm and the wind be ideal,” said Hammond. “Socially it’s a great spot because you can park where you’re racing and have access to the town, stores and places to stay. A lot of the venues … you can have a lake but there’s nowhere the racers can go for food.”

Although the town is a great venue, there are always concerns about noise levels when the racing begins. Hammond said she loves holding the event here but also understands where people are coming from.

She said the race in Haliburton is one of the only races that doesn’t allow testing the day before and they make sure to start later on Sundays out of respect for church services. T

he Haliburton race won two awards last year for its circuit and dedication to the sport. The race won the Jack Abel Memorial Award, an award presented to a person or organization that, in the opinion of the selection board, has made an outstanding contribution to the Canadian Boating Federation, as well as the Best Race of the Season award.

According to Hammond, all the money from T-shirt sales, raffle tickets, entry fees and some sponsorships goes to the Haliburton Hospital Auxiliary.

Raffle prizes include a signed Matt Duchene jersey. The event has 41 sponsors and approximately 90 racers involved.

“We try to make it a fundraiser for the Haliburton Hospital Auxiliary,” she said. “Some of the sponsors didn’t want to give money. They’d rather donate a gift, so I ended up with a bunch of gifts that I didn’t know what to do with so I ended up raffling them off.”

There will also be a meet and greet Aug 16 from 6 p.m. to 8 p.m. where the public can meet the racers and see the boats outside of the water. 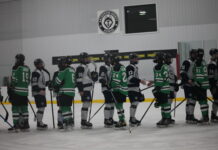 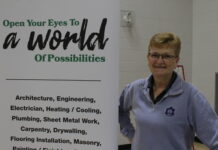