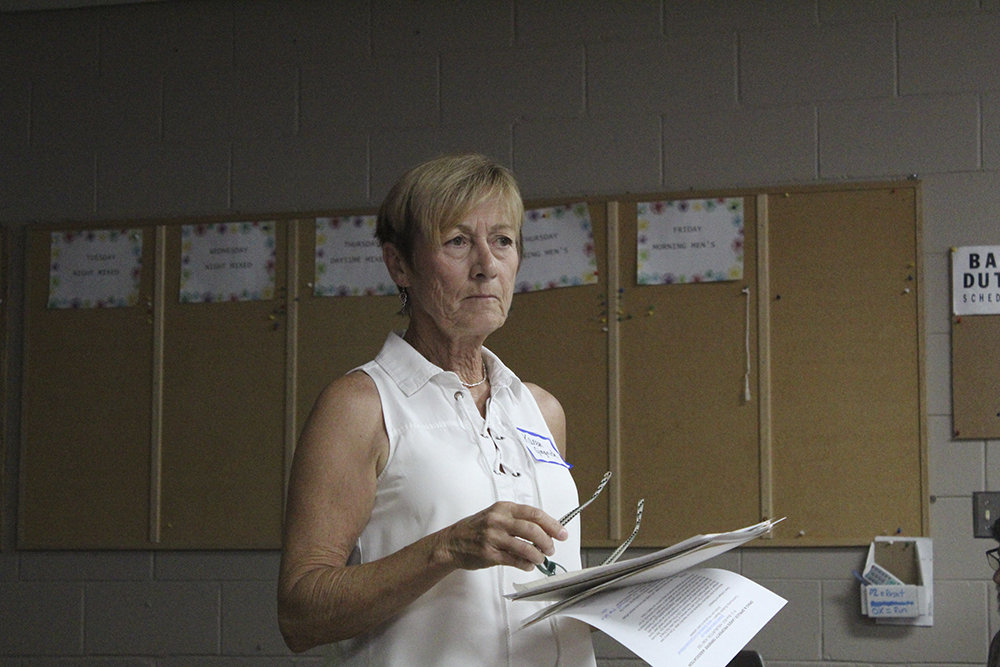 A donation of $250 each was given to Abbey Retreat Centre (ARC) and Woodlands Wildlife Sanctuary (WWS) as a way to give back to the Haliburton community.

Doug Norris, executive director of ARC, said it is always nice when small associations donate to causes like theirs because it shows that the centre is making an impact in the county.

He said the centre is used as a retreat space for those undergoing cancer treatment and when there isn’t one planned, it is a rentable space for the community.

Monika Melichar, founder of WWS, explained to meeting attendees the importance of rehabilitation facilities for animals and went into detail about the work the sanctuary does.

“We’re 100 per cent volunteer based, which I think is pretty impressive,” she said. “We have over 100 animals in our care which keeps us hopping all day long so we’re very thankful for the donation that will help with the supplies we need.”

She noted that a portion of the land will soon be used specifically for injured turtles as the clinic in Peterborough is becoming over-populated.

Donations to local organizations is something the association does every year and will continue to do so as long as the money is available.

They spoke about things happening in the township that cottagers and property owners need to know, such as fire alarms, tax increases, composting and road repairs.