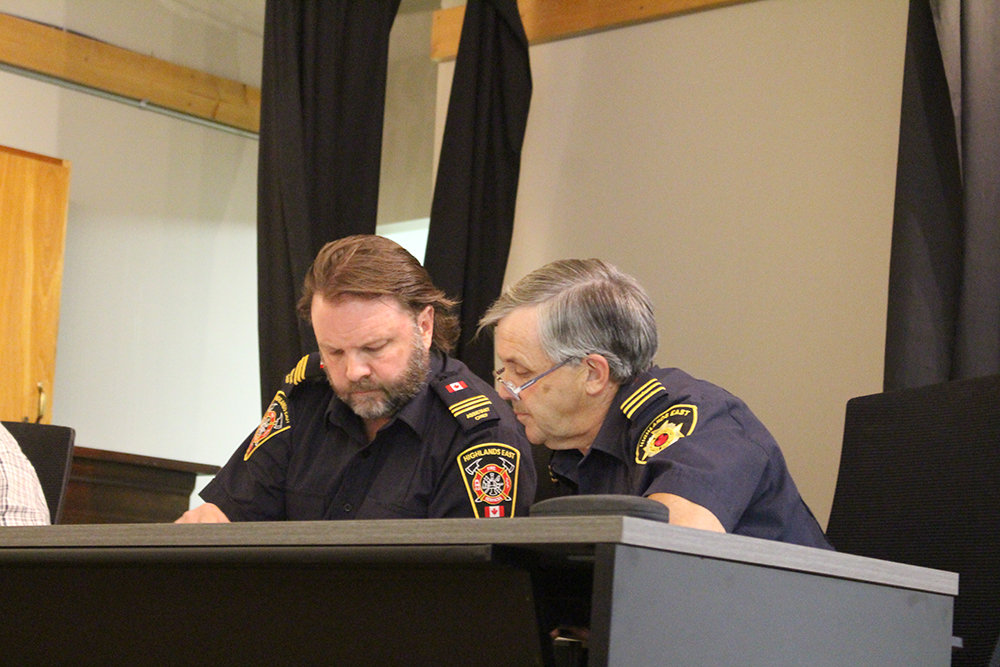 The Highlands East Fire Committee addressed the concerns of its most vocally worried fire hall users in a series of questions relating to an ongoing service review.

The committee spent much of its July 8 meeting addressing a submitted list of questions from members of Station 2 in Highland Grove. The questions grilled the committee on its process for the review.

But committee chair Cam McKenzie and acting fire chief Chris Baughman made repeated assurances that no substantive decisions have been made. Station 2 captain Gary Burroughs attended as an audience member and called it a calming effort.

“I wanted to just hear if there’s clarity,” Burroughs said. “If I was to sum it up, I’d say they just calmed the water with everything.”

The committee has put forward a series of options to explore in its service review, including maintaining the status quo, shifting from five fire halls to three, searching for efficiencies in equipment and building a new central fire hall while either maintaining or closing other halls.

Station 2 made clear in their questions which option they preferred.

“We would like to see the status quo be the way forward,” one question said. “With the large coverage area, and the aging population that needs our services more than they ever have. Just because the number of fire-related calls are down does not mean we should cut fire equipment.”

“There’s been no recommendations to cut services or halls or equipment at this point,” Baughman retorted. “Anything presented to council will come to the public first in a public meeting.”

Baughman later reported to the committee about ongoing data collection for the halls. After reviewing three years worth of utilities, he said he could not find anything which stood out.

“No hall is much greater than the rest,” he said. “Saving the hydro bill on a hall isn’t going to make or break a hall.”

He added he is awaiting the completion of a municipal facilities review before submitting more data. That is not expected to be done until the fall.

Burroughs said although there are assurances no major decisions have been made yet, any big changes could get met with resistance.

“The proof will be in the pudding as soon as they come to an end,” he said. “If this gets shoved through without us knowing anything about it, there will be a big uprise for sure.”

Walk the walk on housing